State of the sacraments clarified in Chicago 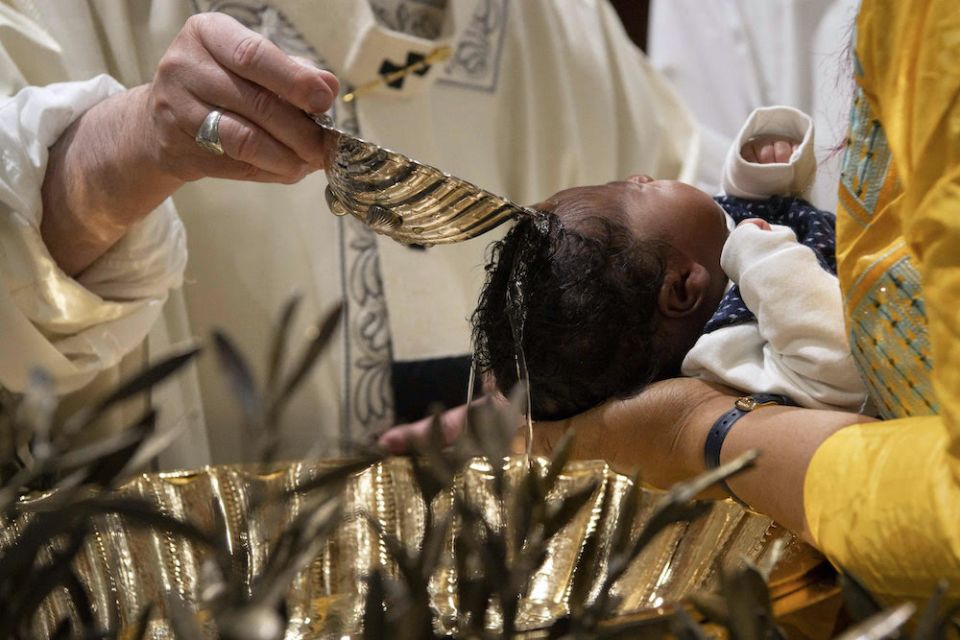 Pope Francis baptizes one of 27 babies during a Mass on the feast of the Baptism of the Lord in the Sistine Chapel at the Vatican Jan. 13, 2019. (CNS/Vatican Media)

The Chicago Archdiocese clarified guidelines it had given to priests concerning baptisms while churches and parishes are locked down as part of statewide efforts to stem the spread of the novel coronavirus.

On March 13, Chicago Cardinal Blase Cupich ordered the temporary suspension of public liturgies and closure of archdiocesan schools and offices in response to the global COVID-19 crisis. That same day, Aux. Bishop Ron Hicks, vicar general, sent a memo to priests and deacons outlining guidance on celebrating the sacraments during the pandemic.

The guidelines, which also advised churches remain open for private prayer for a timeframe determined by each pastor, were later updated on March 20 ahead of statewide stay-at-home order that went into effect March 21.

Concerning baptisms, the guidelines said they "are still possible based on pastoral urgency." It recommended limiting the celebration of the sacrament to small, private gatherings of the family, and encouraged anyone displaying symptoms of COVID-19 to stay home. It also advised against water immersion.

In a March 26 article, Catholic News Agency reported that priests in the Chicago Archdiocese "have been told that during the pandemic, the emergency celebration of baptism requires permission of the bishop — despite canonical norms permitting anyone, even a layperson, to celebrate baptism in a true emergency, in which, presumably, an ordinary minister of baptism can not be quickly reached."

The story was later shared on Twitter by Matthew Schmitz, senior editor of First Things, who highlighted the section about Chicago.

The baptism section of the March 13 guidelines made no mention of requiring a bishop's approval before baptisms.

An archdiocesan spokesperson told NCR on April 1 that the CNA description was a misunderstanding of the guidelines, and that CNA did not contact the archdiocese for its report.

The spokesperson said the guidelines were addressed only to priests and designed to assist them in light of the suspension of public liturgies and the stay-at-home order issued by Illinois Gov. J.B. Pritzker on March 20. With regard to episcopal permission, the spokesperson said that was required specifically for priests for any administration of the sacraments, with the intent "to help ensure protections are in place for the interaction of the priest with another individual or individuals in a sacramental context."

The archdiocese made clear that the guidelines the archdiocese issued did not pertain to emergency baptism, and that they did not supersede church law that permits any person to conduct the rite "in cases of urgent necessity, when only those things required for the validity of the sacrament must be observed."

"Our goal in this guidance, as in all matters at this extraordinary time, is to provide the comfort of the sacraments to the faithful, while observing the social distancing directives of public health authorities," the spokesperson said in an email. 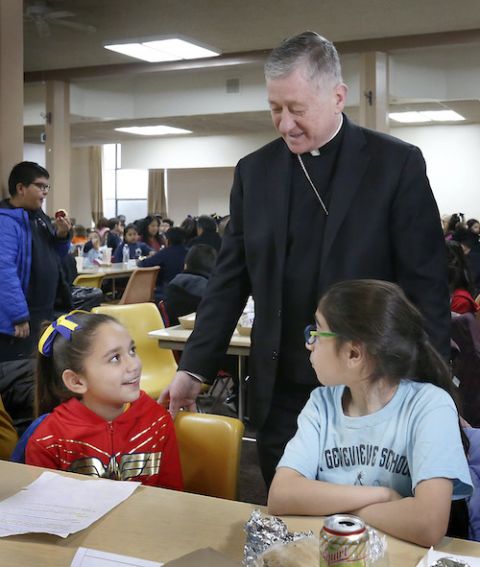 The March 13 guidelines gave priests direction for other sacraments, but many of those have become moot after the governor's stay-at-home order. With churches closed, individual confessions are not possible, per new guidelines from Hicks issued March 23. Nor are funeral Masses, though small services of no more than 10 people can be held at a funeral home or cemetery, with burials still continuing. Communion for the sick and homebound is also currently suspended.

Confirmations have been postponed and will be rescheduled, as are weddings. The archdiocese has also set out precautions for anointing of the sick, and has designated four priests to administer the sacrament to confirmed COVID-19 patients.

The question of access to the sacraments during a viral pandemic has been one dioceses around the world have wrestled with. An Oregon priest unable to meet with a patient dying of COVID-19 was able to help lead the man over the phone through an act of contrition and a prayer for forgiveness. Church law prohibits the sacraments of anointing of the sick or reconciliation to be administered by telephone.

The Vatican announced March 20 that it was allowable for bishops to offer general absolution to groups in certain circumstances as necessary, for instance in cases of grave need at a hospital ward where he is unable to enter.

During a livestreamed Mass that same day, Pope Francis encouraged people who cannot go to confession because of the coronavirus to follow the Catechism and "speak directly to God, your father, and tell him the truth … and ask for pardon with all your heart."

As part of the act of contrition, the pope advised Catholics to promise they will go to confession once it's possible, but to ask that God " 'forgive me now.' And immediately you will return to a state of grace with God."

People | State of the sacraments clarified in Chicago

Receive Communion every time as if it were the first time, pope says