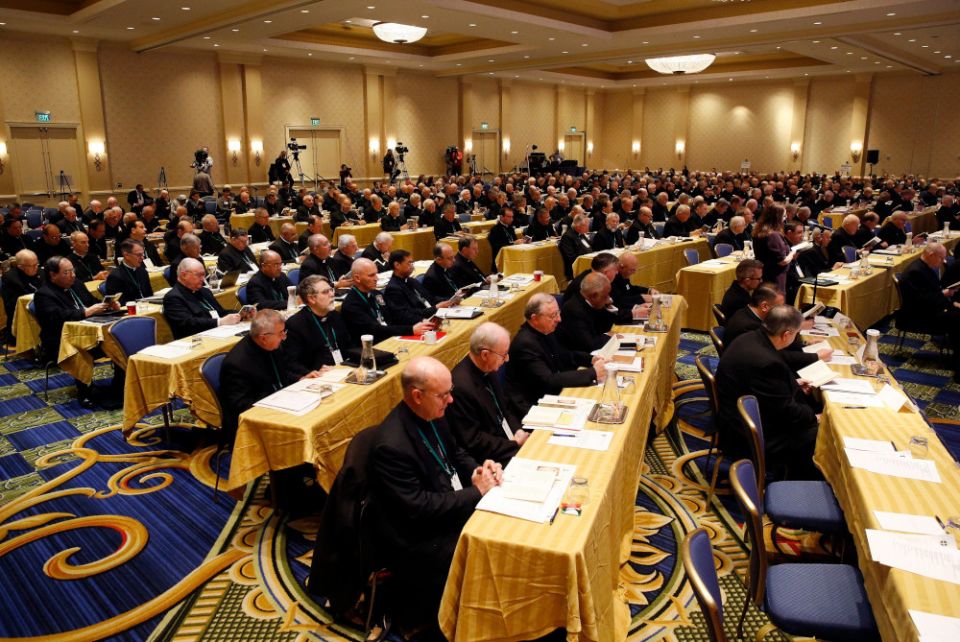 Members of the United States Conference of Catholic Bishops gather for the conference's annual fall meeting, on Nov. 12, 2018, in Baltimore. (AP/Patrick Semansky)

The day Biden was inaugurated as president, he was greeted by what even some bishops saw as a very negative statement from Los Angeles Archbishop Jose Gomez, the president of the U.S. Conference of Catholic Bishops. Although Gomez's message began positively, noting Biden's piety, a series of paragraphs followed that outlined areas where the bishops' conference disagreed with Biden policies.

Many, including several Vatican officials, thought the statement was too negative for the occasion. In an unusual move, Cardinal Blase Cupich, archbishop of Chicago, criticized Gomez's statement.

"Today, the U.S. Conference of Catholic Bishops issued an ill-considered statement on the day of President Biden's inauguration," he tweeted. "Aside from the fact that there is seemingly no precedent for doing so, the statement, critical of President Biden, came as a surprise to many bishops, who received it just hours before it was released."

Since Biden's inauguration, the bishops' conference has been busy putting out press releases that for the most part welcome and embrace the new administration's policy initiatives, including those that reverse core policies of the Trump administration.

In 10 press releases in 15 days, the bishops supported the administration in a wide range of policies on the environment, immigration, foreign policy, health care and the economy. 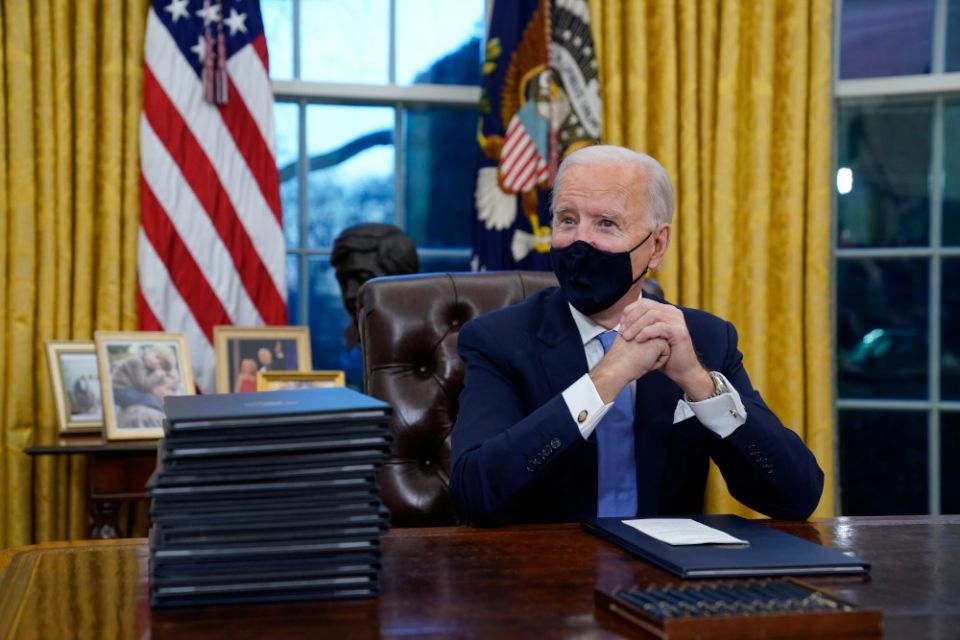 In this Jan. 20, 2021, file photo President Joe Biden waits to sign his first executive order in the Oval Office of the White House in Washington. (AP File/Evan Vucci)

On the other hand, the bishops' conference has not rolled over and ignored areas where it disagrees with the new administration. In four press releases, it has attacked the administration on issues of family planning, abortion and the administration's desire to impose "new attitudes and false theories on human sexuality which can produce social harms."

To some, this may appear to represent confusion on the bishops' part, as if they cannot decide whether they like Biden or not. In reality, it shows that the bishops are capable of agreeing with some administration policies while opposing others.

In fact, in the Jan. 22 press release, while objecting to an executive order expanding the definition of sex discrimination, the bishops welcomed "the new administration's actions on immigration and the climate, as well as for another executive order, 'On Advancing Racial Equity,' which is nobly aimed at identifying and remedying racism and its impact on society and in government."

The bishops' conference is organized to make cooperation and opposition possible at the same time, with one committee covering pro-life activities and another dealing with justice and peace. Not surprisingly, given the Democrats' approach to the relevant issues, the bishops' Committee on Pro-Life Activities is the author of the negative press releases, while the Committee on Domestic Justice and Human Development is the author of the positive press releases, along with the Committee on Migration.

The religious left is going to miss Steve Bannon