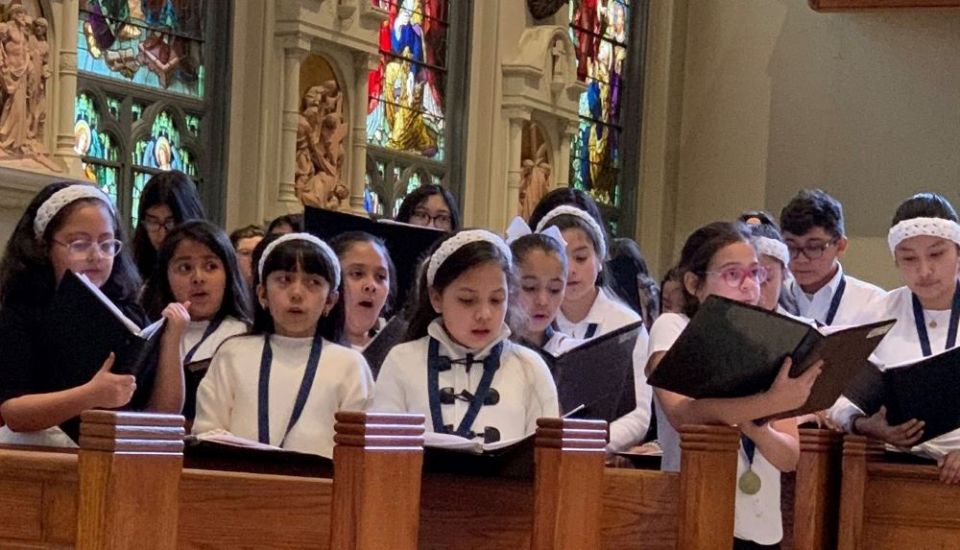 The joyous strains of youthful voices singing some of the Catholic Church's most beautiful Masses, anthems and hymns were silenced over the past two years by the coronavirus pandemic.

But rejoice! Music fills the air once more as children return to school and prepare concerts in local churches as well at festivals in cathedrals and basilicas at a dozen locations across the nation.

Will these events hit a low note with the highly transmittable delta variant of the virus becoming a threat to choristers, their instructors and audience? Or will a host of safety precautions allow the musical events soar? The hope and prayer of Catholic music lovers that safety will be the new normal that lets singing surge.

This is especially true for students in grades 4 to 12 who are members of the century old Pueri Cantores or "Little Singers," the Catholic Church's largest organization of youth choristers. They hail from Catholic and public schools and home-schooled students participate, too.

Initiated by a French cleric during World War I, Pueri Cantores was revived in 1947. Fr. Fernand Maillet envisioned the angelic voices of children as an antidote to the bombs and gunfire that had deafened France during two world wars. He wanted the joyful music of praise to cheer people and provide signs of unity and peace. 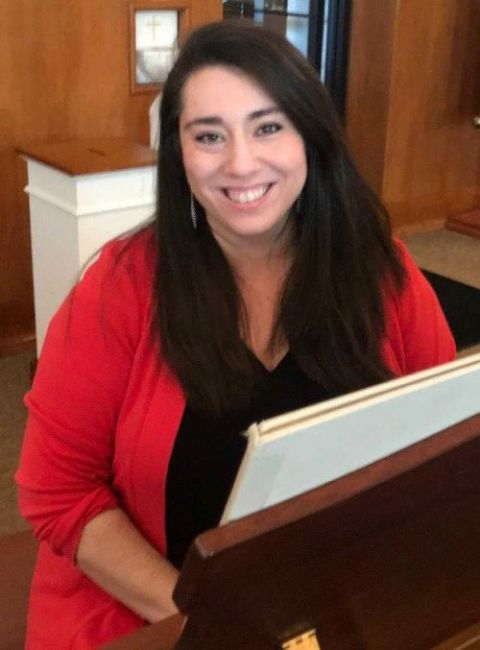 Franzman, ordained a priest in 1970, is still singing, even in retirement. While Pueri Cantores does not track former choristers, Franzman thinks some may have chosen a vocation in church music or liturgy. "People who invest in something in their lives tend to stay connected," he told NCR.

Today 70,000 children from over 30 nations identify and sing as Pueri Cantores. Although the group is not a household name in the United States, it has a growing presence in some 70 U.S. dioceses and tens of thousands of Catholics have heard its singers at more than 150 festival liturgies.

As the school year begins, members of Pueri Cantores have already gotten the sheet music for this year's repertoire. The singers will participate in one of three groupings – mixed choirs for students in grades 4-12, treble choirs for high-voiced singers or high school choirs.

High school singers have received musical downloads of their voice parts for this season's mini-masterwork, Haydn's "Kleine Orgelmesse" ("Little Organ Mass.") Haydn composed the piece in in 1775 in four-part harmony for sopranos, altos, basses and tenors. Just as Catholics of Haydn's day identified as Catholics through music, today's faithful can recognize themselves in the Masses and hymns that have been passed and sung among believers over centuries.

On festival days, Pueri Cantores choristers spend three to four hours in rehearsal not just for the liturgy, but also preparing a prelude concert sung before the evening Mass. Gregorian chant will accompany the Mass, often including Kyrie Elision, Sanctus and the Agnus Dei, said Andrea Covais*, one of three conductors for this year's Zoom choir festival.

Covais, who directs music at Our Lady of Mount Carmel parish in Tenafly, New Jersey, and teaches voice at The Julliard School and the American Musical and Dramatic Academy in New York, hopes children gain a deeper understanding and respect for liturgical music through Pueri Cantores.

"It’s not just concert participation, but their active participation in the liturgy that comes through," she noted, adding that singing offers an opportunity for scriptural learning, catechesis and deepening one's faith.

Singing Gregorian chant helps youngsters experience "the timeless voice of our church," in the words of conductor and composer Paul French, who heads the music program at Our Lady of Mount Carmel parish in Chicago and serves as president of Pueri Cantores' board of directors.

French was among composers and conductors nationwide who chose this year's repertoire. It includes baroque and renaissance motets as well as works by American composers Richard Proulx, Michael Bedford and others.

For many choir directors such a high-level, expansive repertoire "is a real stretch," he told NCR, while for others "it’s not as challenging." He pointed to three popular webinars offered by the National Catholic Education Association that help parochial school teachers and choir directors with children's choral and vocal pedagogy. NCEA and the National Association of Pastoral Musicians are partners with Pueri Cantores. 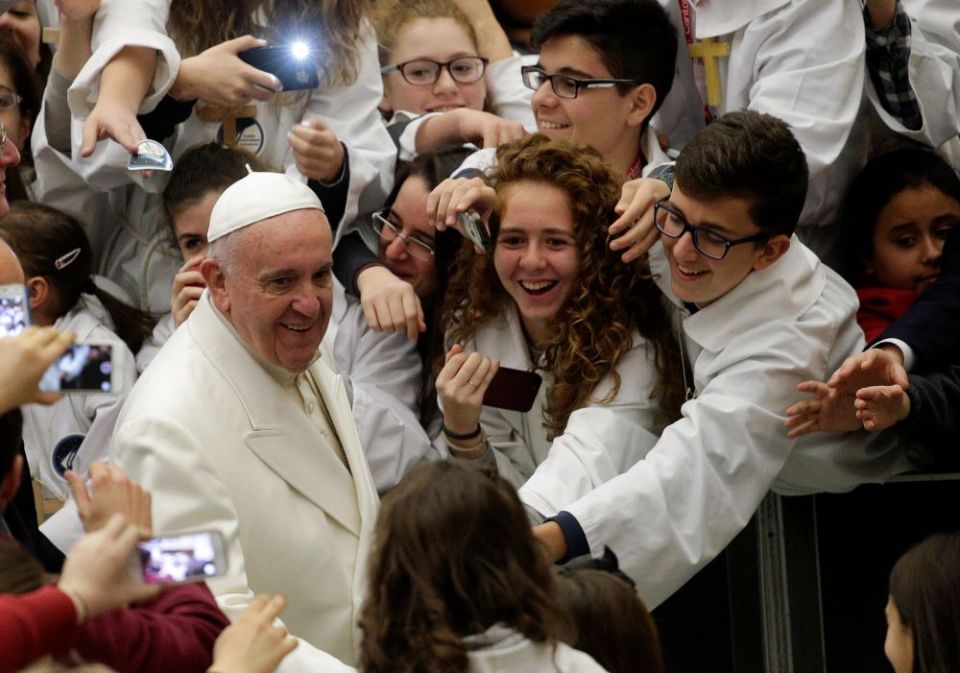 Pope Francis arrives to lead a special audience with the International Congress of Pueri Cantores in Paul VI audience hall at the Vatican Dec. 31, 2015. The 44th International Congress of Rome is scheduled for Dec. 26, 2023, to Jan. 1, 2024, which will perform for Pope Francis and throughout the Eternal City. The congress, typically held every five years, was canceled in 2020 because of the coronavirus pandemic. (CNS/Reuters/Max Rossi)

The only requirement for Pueri Cantores is a desire to sing, French said. A membership and registration fee are required by the school or choir. Financial aid from donor foundations is available for schools longing to sing, but short on funds.

Pueri Cantores is also attempting to address the lack of sacred music in Spanish and has offered grants to three Latino composers. For now, the festivals' repertoire remains in English and Latin.

In an effort to garner broader participation, the 2022 festival season will include an opening concert on Feb. 5 at Sacred Heart Church in Norfolk, Nebraska. Sung by high school choirs of Greater Omaha, the festival's location in Norfolk is designed to draw attendance from rural areas. Norfolk is midway between Omaha and the South Dakota border.

Other February festivals follow in Palm Springs, Florida, and at Sts. Simon and Jude Cathedral in Phoenix.

Nine more festivals will crisscross America on March weekends as Pueri Cantores brings young voices to cathedrals and basilicas in Houston, Chicago, Baltimore, Boston, Pittsburgh and New York. In several venues, the local bishop will preside at the festive liturgy and singers will join choristers from their diocese and geographic region.

For the first time since the famed Crystal Cathedral of Garden Grove, California, became Christ Cathedral of the Diocese of Orange, California, Pueri Cantores voices will fill its sacred spaces with sounds of joy at their festival on the feast of St. Joseph, March 19.

St. Pius X Church in Granger, Indiana — near South Bend — may serve as the venue for the most Pueri Cantores voices when it offers its festival March 25 with Mass presided over by Bishop Kevin Rhoades of Fort Wayne-South Bend. In 2019 the combined mixed choirs of Fort Wayne and South Bend brought some 350 singers to the Fort Wayne cathedral. As many as 400 choristers are expected in Granger.

"Parents continue to be inspired by the spectacle of these places. The kids just walk in with open mouths, then sing."

The best sounds she ever heard while conducting a Pueri Cantores mixed choir came about 15 years ago at a small church belonging to a group of sisters in Rome, she recalled. "The way the church was made completely carried the voices of the boys, which are changing in those age groups. They heard it; we all noticed it." The American youngsters were joined on that occasion by choristers from Ireland, which enriched the day's experience, she said. 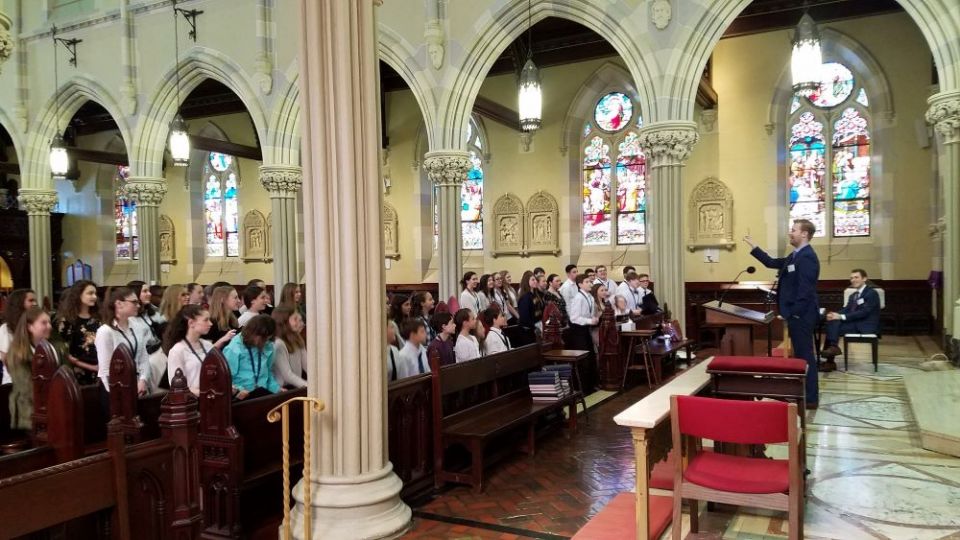 The experience of singing in a great church "is bigger for the families of the Pueri Cantores members" than for the youngsters, Opaleski believes. "Parents continue to be inspired by the spectacle of these places," she said. The kids just walk in with open mouths, then sing."

In December 2023, the American Federation Pueri Cantores hopes to join other global singing members at its International Congress of Rome, which will perform for Pope Francis and throughout the Eternal City. A vocal congress typically takes place every five years, giving many children the possibility of singing at the Vatican. The 2020 congress was canceled because of the coronavirus pandemic.

The setting in which children rehearse and sing "can be an important part of inspiring them to give their very best," Bryan Zaros said by email. Zaros, associate choirmaster at the Cathedral of St. John the Divine in Manhattan, said that a beautiful cathedral can bring "wonder and awe to children and inspire them to find and deliver the same kind of creative beauty inside themselves."

Pueri Cantores festivals provide opportunities for youth in their most formative years "to see how universal the church is," Zaros said. "I would hope that their experiences of singing together, with children from all over the country and the world, would give them renewed inspiration that would then be brought back and invigorate their own experiences at the local parish/community level."

* The spelling of Andrea Covais' name has been corrected. 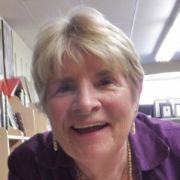