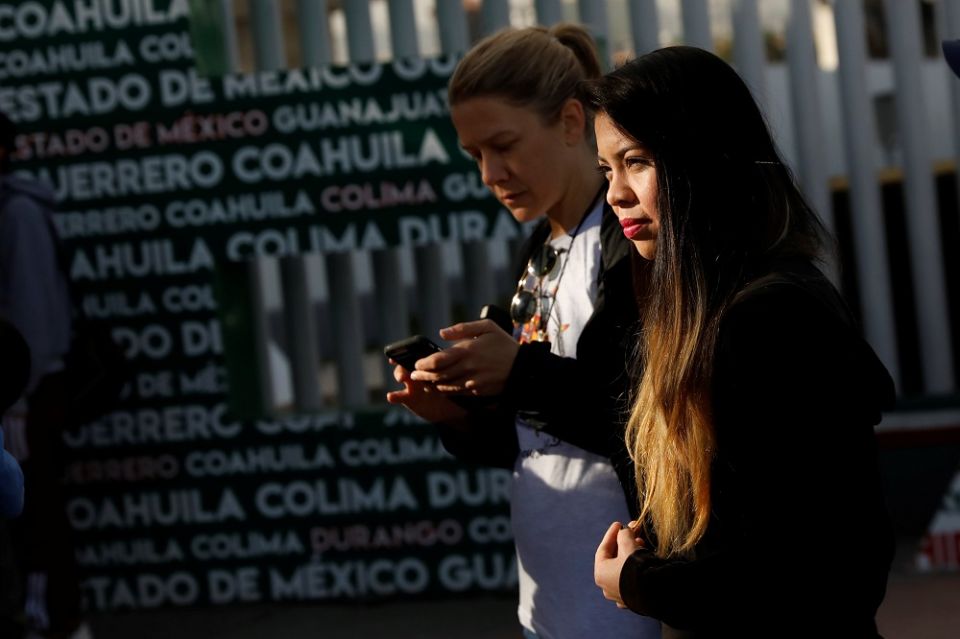 A woman waits for her number to seek asylum in the United States at the Chaparral border crossing in Tijuana, Mexico, Jan. 28, 2019. (CNS/Shannon Stapleton, Reuters)

Washington — Immigrant advocates called on the Department of Homeland Security to rescind the so-called "remain in Mexico" policy that finds the United States returning migrants across the southern border to await their U.S. court hearings.

The Catholic Legal Immigration Network (CLINIC) and the Dilley Pro Bono Project said in a Feb. 6 letter to Homeland Security Secretary Kirstjen Nielsen that the Migrant Protection Protocols developed by the federal agency infringe on the due process rights and well-being of migrants.
"The MPP represents a unilateral decision by the U.S. government that threatens to jeopardize meaningful access to asylum and other humanitarian protections under our immigration laws," the letter said.
The 30-page letter includes testimony from 10 families describing the violence they have experienced in Mexico, including rape, kidnappings, beatings and ransom.
Mexican authorities have stated they do not support the program but would not block efforts to return migrant people across the border.
CLINIC said the letter includes additional data from surveys conducted with 500 women detained at the South Texas Family Residential Center in Dilley, Texas, that detail the dangers asylum-seekers face in Mexico.

The surveys reveal that 90.3 percent of respondents said that they did not feel safe in Mexico; 46 percent reported that they or their child experienced at least one type of harm while in Mexico; and 38.1 percent said Mexican police mistreated them.
"Quite simply, Mexican border towns are not safe places for asylum-seekers — much less vulnerable unaccompanied children and families — to wait for a U.S. immigration court hearing. U.S. law has adopted the international legal principle of non-refoulement, which requires that governments do not return individuals to a country where their life or freedom would be threatened," the letter said.
"The MPP could potentially affect thousands of people, including many vulnerable individuals and children," it added.
The Dilley Pro Bono Project includes the American Immigration Council, the American Immigration Lawyers Association and CLINIC.