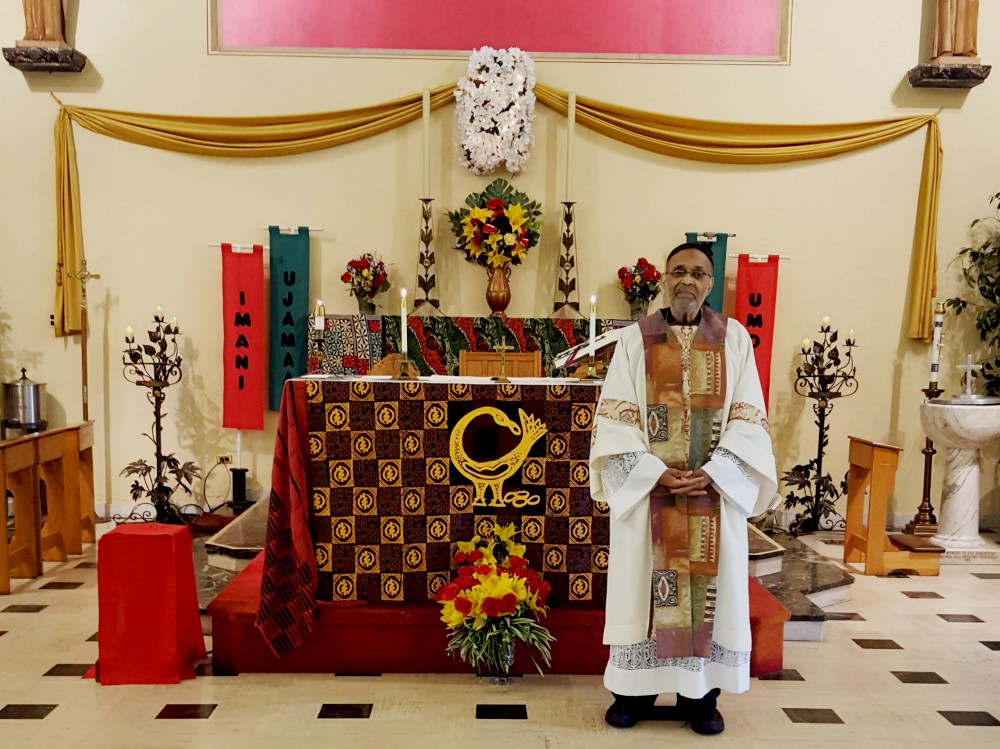 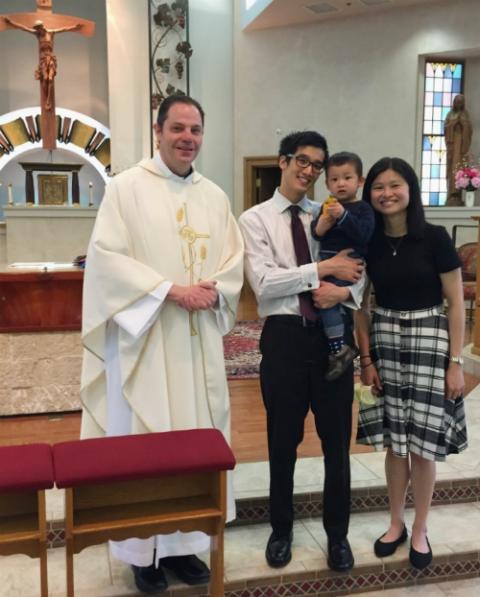 Fr. Tom Burke with Sylvia Sng; her husband, Jeffrey Villanueva; and their son, Anthony, at St. Bede Church of St. Mary Magdalene Parish. Sng went through the RCIA program and received the sacraments of baptism, confirmation and Communion along with validating their marriage. (Provided photo)

St. Mary Magdalene Parish was born from the merger of three Pittsburgh-area parishes in January. The pastoral council planned hospitality Sundays, an ice cream social and a picnic to bring together congregants from disparate neighborhoods. Then COVID-19 struck.

"I believe the most important thing is that people protect their lives and health, so I had no doubt at all that it was the right thing to do," said Fr. David Taylor, St. Mary Magdalene's senior parochial vicar.

During lockdown, sacraments went on hold. The two grade schools on parish premises went virtual. Taylor, along with St. Mary Magdalene pastor Fr. Tom Burke, started streaming Mass online. It was a hit among parishioners, but felt strange at first to Burke.

"They say 'you're preaching to the choir' — there was not even a choir to preach to. ... It was just the organist, the lector and the person running the iPad," he said.

In 2018, the Pittsburgh Diocese announced it would merge 188 parishes into 57. The diocese faced declining attendance and revenue after a grand jury revealed allegations of clerical sexual abuse across Pennsylvania, according to CBS Pittsburgh. St. Mary Magdalene combined a mostly white parish in a wealthy neighborhood with two in predominantly Black, lower-income neighborhoods.

"We only started being one parish in January. We have a lot of work to do to bring us all closer together," said Taylor. "And we also have to look at racial issues, too; the current relational crisis we're having — certainly, it affects our own parish."

Additionally, COVID-19 left many parishioners isolated, especially those without internet access. Parishioner Bill Taymans, 86, said he signed up to make calls for a parish phone tree.

On May 15, Pittsburgh entered the first stage of reopening under state guidelines. The diocese allowed Masses to resume with limited attendance.

Allegheny County, including Pittsburgh, reported 2,220 cases of coronavirus and 178 deaths by June 22, according to the Allegheny County Health Department. And Burke and Taylor were aware of disproportionate impacts of the virus on Black and elderly people.

"That's one of the reasons we asked people, 'Don't rush back,' " Burke said, although he hasn't heard of any cases among parishioners. "Especially if you're older, or you have other risk factors, it's better to stay home."

A parish task force of medical professionals marked seating spaces on pews and devised cleaning plans before the church reopened on Monday, June 1. Burke said 23 people attended, about half the usual weekday numbers. But the first post-lockdown Mass was a joyful occasion.

"It was humbling for me as a pastor to see that [the parishioners] were hungry; they missed it," Burke said. "It was like they were receiving their first holy Communion all over again." 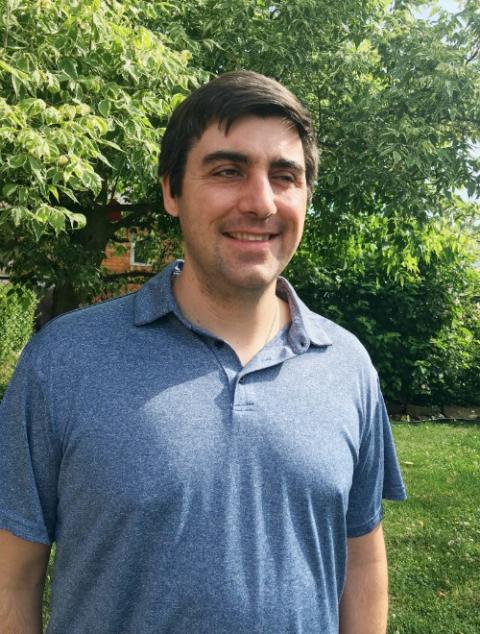 There are differences: Masks are mandatory, singing is discouraged and congregants must sit in designated areas. St. Mary Magdalene will offer half the usual Masses at 25% occupancy for now, Burke said.

"Wearing a mask is not that much of a sacrifice," Romito said. "It's worth it to be slightly inconvenienced to protect other people's health so we can safely receive the Eucharist."

Burke said the parish will still offer online Masses for parishioners who can't attend in person, and will continue monitoring state and diocesan health guidelines. And as the church reopens, Joyce Rothermel, co-founder of the parish Social Justice and Peace Committee, said the parish should focus on uniting and on combating racism within the church and in the community.

"We were just getting to know each other, let alone addressing an issue that ... requires a level of trust to be honest about," Rothermel said. "So that's going to be primary on our agenda."

[Madeleine Davison is a freelance journalist based in Pittsburgh. She is a graduate of Syracuse University with a dual degree in journalism and sociology.]

This story appears in the Reopening post pandemic feature series. View the full series.
A version of this story appeared in the July 10-23, 2020 print issue under the headline: Reopening Pittsburgh parish looks to fight racism, unify congregation.