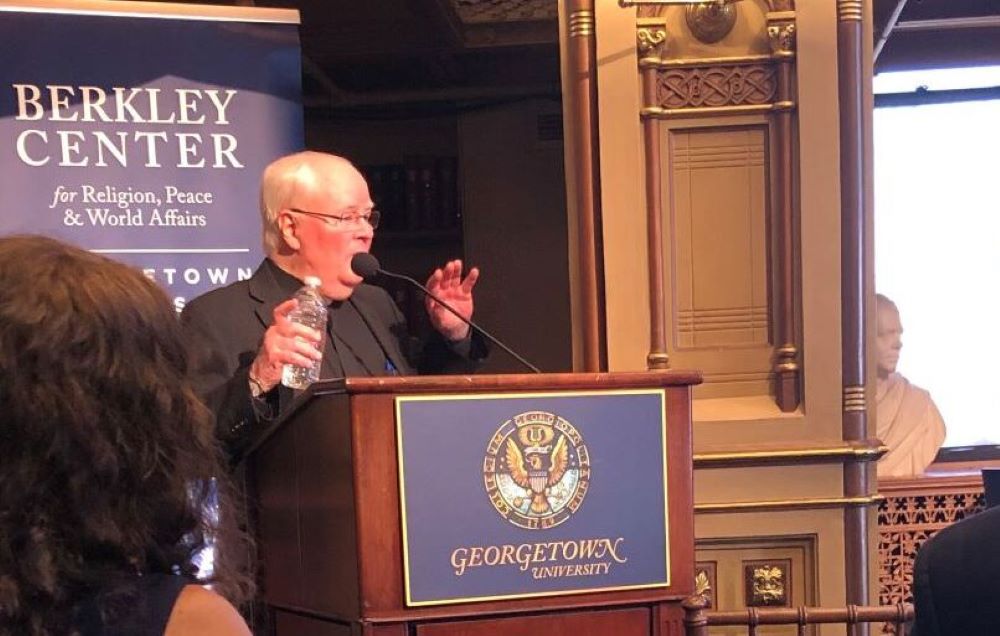 Russia's invasion of Ukraine and its subsequent threats to use nuclear weapons in the ongoing conflict should serve as a "tipping point" in the decadeslong pursuit of nuclear disarmament, several foreign policy experts said during a recent event at Georgetown University.

"The risks of nuclear weapons use and radiological explosions are higher than at any time since the Cuban missile crisis," said Maryann Cusimano Love, associate professor of international relations at the Catholic University of America.

"We should not let this crisis go to waste," she urged.

Catholic scholars and intellectuals gathered at Georgetown Nov. 14-15 to honor the legacy of Jesuit Fr. Drew Christiansen, who died in April. Christiansen, a scholar, journalist and nuclear arms expert, was a senior fellow at Georgetown's Berkley Center for Religion, Peace, and World Affairs, which sponsored the two-day event.

During his career, Christiansen had served 1991-98 as head of the U.S. bishops' Office of International Justice and Peace and then 2002-12 as editor-in-chief of the Jesuit-run America magazine.

Related: Catholic scholars call for Russia, US to calm rhetoric about use of nuclear arms

In his plenary address to the conference, Jesuit Fr. David Hollenbach mentioned Christiansen's legacy working as a consultant to the Vatican on disarmament issues and in serving as an expert in the Vatican delegation to the 2017 U.N. negotiations that led to the Treaty on the Prohibition of Nuclear Weapons.

That treaty, which entered into force in 2021, is the first legally binding international agreement to prohibit countries from developing, testing, or producing nuclear weapons.

Martin Hellman, a noted cryptologist known for applying the principles of risk analysis to a potential failure to the global system of nuclear deterrence, also spoke to the Georgetown conference via video link.

Hellman, an emeritus professor of electrical engineering at Stanford, said that U.S. sanctions  against North Korea have led the country's leadership to seek a nuclear deterrent.

“We should treat every nation with the respect it would deserve if it already had nuclear weapons," Hellman said. "Otherwise, we will unwittingly encourage nuclear operation." 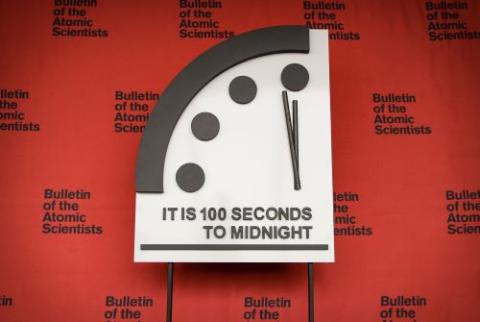 Jonathan Granoff, president of the Global Security Institute, said that the Gospel command to love our neighbor should guide efforts toward nuclear disarmament. Granoff said that the idea of a neighborhood did not encompass the whole planet in Jesus’ time, but that "today how we drive our cars and heat our homes makes neighborhood a moral location."

"We simply have to cooperate," he said.

Granoff said he had come to this conclusion after each nuclear nonproliferation treaty conference since 1995. He said that attempts at disarmament had repeatedly failed because "the pursuit of military advantage overtook cooperative security, common security, and even strategic stability, and more importantly, undermined the very fabric of civilization itself."

"You can't break the impasse with the same people who gave you the impasse," she said. "You have to expand the voices, expand on the table, expand the participation to get a different outcome."

Cusimano Love connected nuclear arms to environmental degradation. The United States spends over $6 billion every year cleaning up nuclear weapons from the Cold War, she said, calling it "the largest environmental cleanup on the planet."

"If we don't have the partners we need, should we rend our garments and consign humanity to perpetual fear or should we plan and work and lead towards survival?" Shaw asked. "Change is vanishingly unlikely if we are unprepared for it."

Shaw also issued a call to action for Catholics.

"Today I ask you to consider all the ways the faith, work and imagination of 1.3 billion Catholics worldwide could push back the hands of the doomsday clock and prevent a civilization-shattering nuclear war by asking hard questions, speaking up for the voiceless and the vulnerable, and devising solutions no one has thought of yet for living outside the shadow of the bomb," he said.

A version of this story appeared in the Dec 9-22, 2022 print issue under the headline: Experts say Russia-Ukraine conflict should push disarmament.