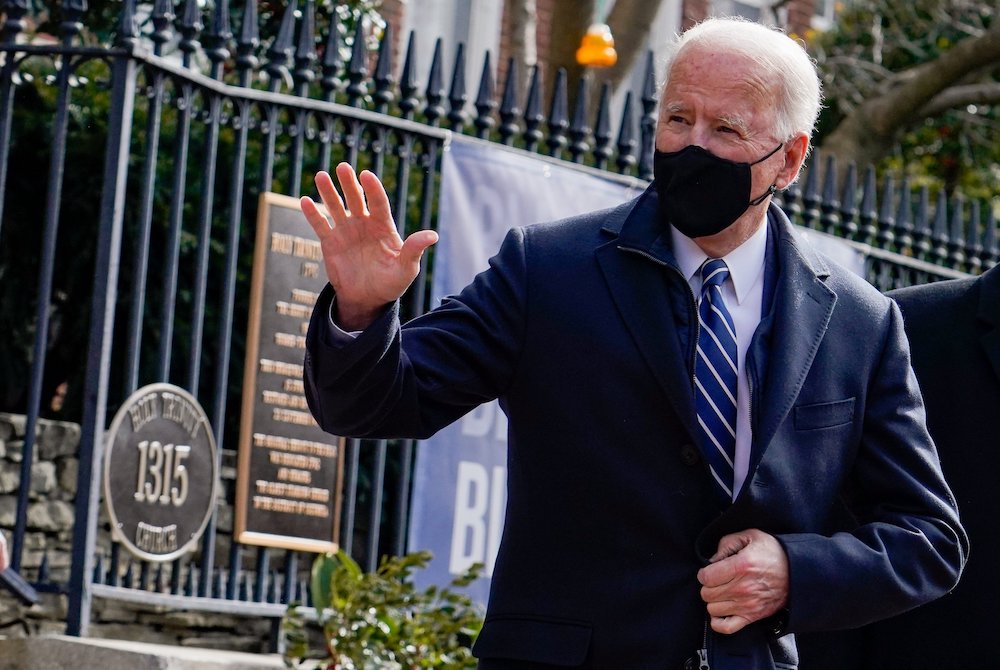 When President Joe Biden attended Mass on Sunday, Jan. 24 just days after being sworn into office, he heard a homily that directly rebuked the actions of his predecessor and was a plea for his fellow Catholics to see opposition to the death penalty as essential to the church's pro-life stance.

"In the run up to President Biden's inauguration last week, we watched in horror as the Trump administration, with obscene haste, put to death four men and one woman, breaking with a 130-year-old precedent of pausing executions amid a presidential transition," said Jesuit Fr. William Kelley, an associate priest at Holy Trinity Catholic Church in Georgetown.

"These deaths made Mr. Trump our country's most reckless execution president in more than a century, overseeing the executions of 13 death row inmates in the past seven months," he noted in his homily, which Kelley provided to NCR.

Kelley's homily came ahead of the annual March for Life, which draws thousands of pro-lifers to the nation's capital every January in protest of the Supreme Court's 1973 ruling in Roe v. Wade that legalized abortion throughout the country. Due to the COVID-19 pandemic, along with general safety concerns, this year's March will be virtual.

While Kelley said the "enthusiasm" surrounding the event each year should not come as a surprise, given the church's teaching on abortion, he also said that "many Catholics continue to interpret the church's pro-life stance far too narrowly."

"In fact, they focus almost exclusively on strategies to eliminate abortion. While the laudable effort to protect life in the womb is an essential element of the church's doctrine, it does not exhaust our concern for human life. Our concern for the sacredness of life must also include the quality of life after birth," he added.

"Every human being has the right to enjoy the fruits of God's creation through access to food, housing and basic medical care. Additionally, the church's defense of the sanctity of life demands that we continue to grapple with such complicated issues as human suffering at the end of life and ethical ways to punish people who commit serious crimes. The sacredness of life certainly encompasses these issues, too."

Biden's attendance at the Mass, and Kelley's homily, came just days after the president of the U.S. bishops' conference, Los Angeles Archbishop José Gomez, issued an Inauguration Day statement outlining areas of policy disagreement with Biden over abortion and stating that "abortion remains the 'preeminent priority' " of the U.S. bishops.

Kelley said that capital punishment should be a matter of "grave concern" for Catholics and reminded parishioners that in 2018 Pope Francis updated the catechism to declare the death penalty to be "inadmissible."

"Our church unambiguously teaches that the death penalty is never acceptable under any circumstances because it is an attack on the inviolability and dignity of the human person," Kelley said, recalling that previously, the "church grudgingly accepted the death penalty but only in those situations where it was the only possible way to protect innocent citizens."

"More than in the past, Pope Francis says, the church today is aware that the dignity of a person is both inalienable and indelible. In other words, it can never be lost, not even by someone who commits a very serious crime," he added.

In 2020, the U.S. bishops issued a series of statements calling on Trump and Attorney General William Barr to halt federal executions. Despite a nearly two-decade, bipartisan moratorium on the federal use of capital punishment, Barr reinstated the practice in 2019. In September 2020, Barr was honored by the National Catholic Prayer Breakfast with an award for his service to the church at an event in which Trump also made a hard pitch for his reelection, pledging to "defend the sacred right to life."

Kelley told NCR that he was only informed that Biden would be in attendance at the noon Mass about an hour beforehand, although Biden was a frequent attendee at Holy Trinity during his years as vice president. In December 2020, Holy Trinity's pastor, Jesuit Fr. Kevin Gillespie told NCR that "Our mission is that we're a parish that welcomes all, to accompany one another in Christ, celebrate God's love and transform life. That's our mission statement," said Gillespie, "and [Biden is] more than welcome here."

"We preach justice, but we don't preach policy," he added.

During a White House Jan. 25 press conference, press secretary Jen Psaki was asked if Biden planned to announce a moratorium on capital punishment. Psaki said she did not have news to announce but added that "he's opposed to the death penalty."

Although the president did not speak to reporters after leaving Mass, NPR's White House correspondent Ayesha Rascoe shouted a question asking how he enjoyed the Mass.

"Lovely," was his reply.