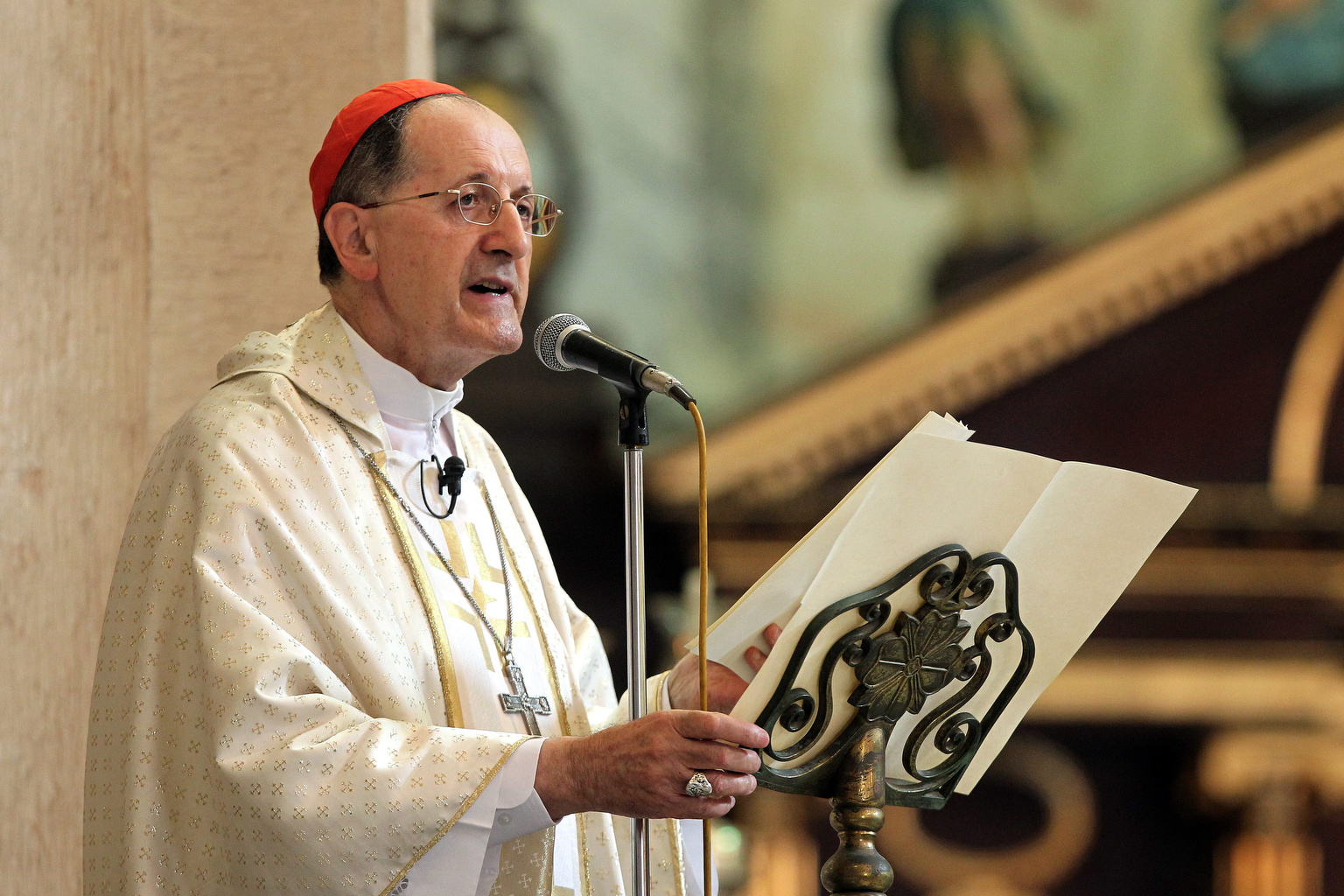 The idea of exceptionally ordaining older married men of proven virtue to celebrate the Eucharist in isolated Catholic communities is something that should be discussed, said Cardinal Beniamino Stella, prefect of the Congregation for Clergy.

"It is not about being in favor of or against something, but about attentively evaluating various possibilities without being closed or rigid," the cardinal said in a new book in Italian, "Tutti gli Uomini di Francesco" ("All Francis' Men") released Jan. 22 by Edizioni San Paolo.

The book, by Italian journalist Fabio Marchese Ragona, includes interviews with churchmen named to the College of Cardinals by Pope Francis.

Francis was asked by the German newspaper Die Zeit last year about whether, in the Latin-rite church, he could see allowing married "viri probati" -- men of proven virtue -- to become priests.

"We have to study whether 'viri probati' are a possibility. We then also need to determine which tasks they could take on, such as in remote communities, for example," Francis said.

The issue is expected to come up in the 2019 special gathering of the Synod of Bishops to study questions related to the church's pastoral work in the Amazon. Already at synods in 1990 on the priesthood and 2005 on the Eucharist some bishops -- especially from Brazil's Amazon region -- suggested ordaining married men as the only way to ensure Catholics in isolated villages could receive the Eucharist regularly.

Stella said that in the Amazon or in some remote Pacific islands, "but not only, there is acute suffering because of a real 'sacramental emergency,' which the few priests present are not able to accommodate."

The discussion Francis wants the church to have, he said, is to look seriously at all the options for responding to people's real hunger for the Eucharist and honoring its central place in the life of the church.

While the Catholic Church throughout the world, especially in the more secularized West, must improve its vocations work, Stella said, it also should study the possibilities and see if "the Spirit suggests something."

One possibility to explore is the exceptional ordination of older married men in remote communities, he said. "Continuing to maintain their family and jobs and receiving a formation contextualized for their environment, they could offer part-time service to the community they come from in order to guarantee the sacraments, especially by presiding at the eucharistic celebration."

But an "attentive study and a widespread ecclesial discernment" are necessary before moving in that direction, he said, adding that the ordination of elders in those cases would never mean changing the usual requirements for and ministry of priests in the Latin rite and "in no way would lead to optional celibacy."