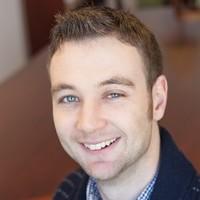 Zach Hiner, the newly appointed executive director of the Survivors Network of those Abused by Priests (courtesy of Zach Hiner)

The Survivors Network of those Abused by Priests has named Zach Hiner, a former staff employee, as its next executive director.

Hiner, who spent the past six years in communications roles with Prevent Child Abuse America, previously worked with SNAP from 2011 to 2013 as an executive assistant briefly to founder Barbara Blaine and then-national director David Clohessy.

"I’m excited to come home to the organization that lit the spark and turned me towards a life of advocacy and prevention," Hiner, 31, said in a statement Sept. 14.

In his prior stint with SNAP, Hiner filled a variety of administrative roles, from updating the website to serving as a point person for press outreach. But it was listening to abuse survivors share their stories over the phone, he told NCR, that "made me want to get involved with prevention deeper," an area he hopes to emphasize in his new position.

Hiner returns to SNAP, created in 1988 and now counting 25,000 members worldwide, at what its board of directors called "a momentous moment in time," as the Catholic Church sexual abuse scandal has erupted back into the public eye.

In the U.S., accusations around former Cardinal Theodore McCarrick and revelations from the Pennsylvania grand jury report have dominated attention, while similar reports have documented the pervasiveness of clergy sexual abuse in Germany and the Netherlands, the fallout continues in Chile from alleged cover-ups, and cardinals await to stand trial in Australia and France.

Hiner, who begins his new position Sept. 24, recognizes it as an important time for SNAP, particularly through the "valuable role" of its support groups as more abuse survivors come forward and look for places to turn.

A primary area of focus already on his radar is prevention. Through his past phone conversations with survivors, Hiner detected they didn't just want to share their story but to see what they can do to help prevent their trauma from happening to other children.

"And that's what stuck with me, that there's a lot of people who want to do something," he said.

While never abused himself, Hiner noted his membership in numerous organizations that have been marred by abuse scandals: in addition to being Catholic, he is an Eagle Scout and a graduate of Michigan State University, where convicted serial abuser Larry Nassar, the former USA Gymnastics team physician, ran a sports medicine clinic.

"People are just really ready for the scandals to be over," he said. "… I think you're seeing people are tired of the blame and are more focused on what do we do to make sure this never ever happens again. How do we support the people it happened to, but how do we ensure it just never happens again?"

In the statement, the SNAP board of directors said that "Zach brings passion to the SNAP mission, technical skills to lead us to the future, and experience to get the job done."

The future of SNAP has been in flux following a series of resignations over the past two years from its leadership ranks, beginning with Clohessy at the end of 2016, who has spent the past two years battling throat and prostate cancer; and two months later its founder Blaine, who went on to help launch a separate advocacy organization, Ending Clergy Abuse, before her unexpected death while on vacation later that year.

The departures of SNAP's central leadership for close to three decades came as a former employee sued the organization, alleging that it had engaged in a "kickback scheme" with attorneys, swapping potential clients for donations. SNAP maintained that the lawsuit, filed in January 2017 by former development director Gretchen Hammond, was false and had no bearing on its leadership transition, which was in in the works months before.

In January 2018, SNAP settled the Hammond suit. Two months later, longtime SNAP leader Barbara Dorris, who was promoted from outreach director to executive director after Blaine left, also resigned, along with board member Mary Dispenza and board president Mary Ellen Kruger. At issue was a disagreement on the board about what was described as an alleged breach of "fiduciary duty to the organization," which sources told NCR related to a possible violation of the Hammond settlement's non-disclosure agreement. An outside attorney later determined no breach occurred.

The fallout from the leadership shuffle spurred the emergence of other abuse advocate organizations, both formed with the help of past SNAP leaders.

As for SNAP, it has expressed its intent to move beyond the Hammond suit and its tumultuous leadership shakeup, with the hiring of Hiner the latest step to turn the page.

Along with focusing on prevention, Hiner, who will work out of Chicago, has set goals for SNAP of increasing its reach to more people by continuing efforts to connect with abuse victims outside the Catholic Church and collaborating with other organizations, and updating its messaging.

While SNAP built its reputation by being among the first groups alerting the public to the widespread nature of sexual abuse of minors within the church, Hiner said the reality of the public moment, as reflected in studies, is that the vast majority of Americans are aware of the child abuse problem and believe that something should be done about it.

"From my view, we don't need to keep bringing up awareness. People know that this is happening," he said. "What we need to do is give people actionable things that they can do in their own communities to build up the kind of context that we know allows prevention to work."

He hopes to utilize SNAP's skills in advocacy to help teach people what they can do to get involved and prevent abuse from happening. That includes educating people about best practices but also making sure checks are in place to ensure that policies are actually followed.

Hiner said big decisions regarding advocacy strategies and priorities will develop through a period of strategic planning. He added he looks forward to meeting with SNAP's network of local leaders and hearing their ideas for the organization, and how they will mesh with the goals at the national level.

Clohessy, who last month returned to SNAP as its volunteer leader in St. Louis, described Hiner as "full of compassion and drive," adding "he's precisely the kind of person that any non-profit, but especially one like SNAP, needs."

As for the present moment in the church's abuse scandal, the longtime advocate said the level of parishioner outrage exceeds the tenor in 2002 in the wake of the Boston Globe investigations into clergy sex abuse — what he hopes will result in more rank-and-file churchgoers joining SNAP and other advocacy groups in pushing for justice for survivors and accountability in the church, particularly through law enforcement and the laity themselves.

"It should be crystal clear to virtually everybody at this juncture that bishops are incapable of really cleaning house, so someone must," Clohessy said.