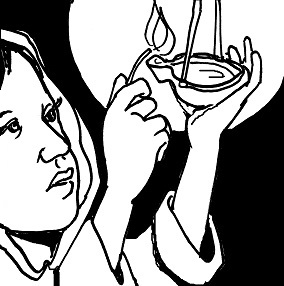 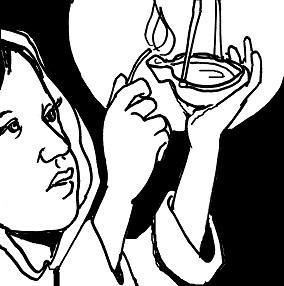 Today’s reading from 2 Samuel 7 is King David’s prayer of thanksgiving when it is revealed to him that God is going to build his “house,” or dynasty, to last forever. David had previously proposed building a magnificent temple to be God’s house to replace the tent where the Ark of the Covenant was kept, but Nathan the prophet countered with God’s plan. This promise of succession and stability for the house of David was significant because it confirmed God’s promise to future generations that despite the fall of Israel and its long exile in Babylon, the nation would be restored under a messiah who would be a son of David.

In Jesus’ time, the title “Son of David” often directed at him was a messianic name, one he deflected in favor of “son of man,” a more basic designation for simply “human being.”  Jesus was to be God’s servant, a “suffering servant” described by the prophet Isaiah as a figure who would take upon himself the sins of humanity: ”He was wounded for our transgressions, he was bruised for our iniquities: the chastisement of our peace was upon him; and with his stripes we are healed” (Isa 53:5).

The difference between the people’s expectation for a royal messiah and Jesus’ understanding of his mission to be the Suffering Servant is a central theme in the Gospels. Even Jesus’ disciples expected him to triumph in an earthly reign.  What was accurate in God’s promise to David was that his successor would have an everlasting reign. The “house” of Jesus, his body, the Incarnation, uniting the son of man with the Son of God, would in fact survive in glory as the enduring temple of God’s presence with his people.

Grasping this mystery was a matter of perceiving what was not obvious.  Jesus concludes the Parable of the Sower in Mark 4:9 with “Let him who has ears to hear, let him hear.”  In Mark 8:18, Jesus asks, “You have eyes. Can’t you see?”   Today’s Gospel is about light, which enables sight. His disciples are called to be the light that enables others to see who Jesus is. By imitating him they will make visible his commitment to service and self-sacrificing love.  This is the messiah God sent to save the world.

Faith is the key to perceiving and understanding Jesus. Many seekers have pursued reason and proof to bring them to faith. While this path can pose the questions, only the light of faith can enable us to see the meaning and hear the voice that draws us into the mystery.  Faith opens our eyes to a Person, not a set of doctrines.