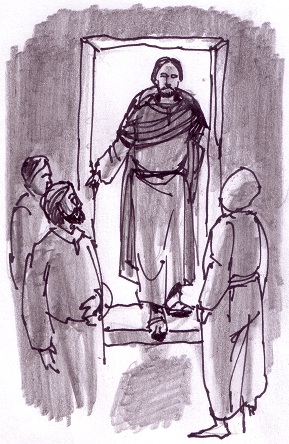 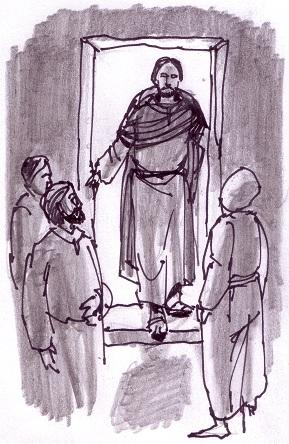 “Faith is the realization of what is hoped for and evidence of things not seen” (Heb 11:1).

Jesus’ parables about household vigilance are clearly addressed to the pastoral leadership of the primitive churches during the transition from believing that Jesus’ return was imminent and the realization that the risen Christ was already with the church for the historical long haul.

The parables in Luke Chapter 12 warn those appointed as pastors not to grow slack in their watch over their faith communities. The warnings suggest that some leaders had assumed that Jesus would not return any time soon and had begun to abuse their authority, to get drunk and take advantage of those entrusted to them.

”You know not the day nor the hour when the Son of Man will come,” the parable warns. Those in positions of responsibility will be held accountable. Those who have been given extraordinary gifts and abilities for the sake of the community will be held to a higher standard. Whether we live in dramatic times or ordinary stretches of routine duty, we will be judged on how faithful we have been. The history of the church belongs not only to the heroic saints in times of crisis but especially to the humble servants who have held the church on course during the quiet periods of gradual growth and consolidation.

Jesus’ words, “To whom much is given, much will be expected,” are addressed to most of us who have been blessed with comfortable lives, advantages in education, job opportunities and connections. We will be held at a higher standard than the many who have spent their lives facing adversity and lack of access to the resources that made it easy for us to get ahead. How many gifted people have grown bored and restless in their lives for lack of challenge or adversity, and have wasted their chance to mature and find deeper meaning in helping those less fortunate than they have been as a matter of inheritance? Woe to those who learn these lessons too late to change course.

The good news is that God is merciful and always ready to offer second chances to those who seek to do their best, are learning from their mistakes and willing to listen to their experience through each life stage. This includes most of us, and certainly those who will gather in community around the Lord’s Table this weekend to acknowledge their need for God’s grace and the support of others to do what is right. We rejoice to be among the pilgrims who, day by day, step by step, little by little, are being faithful in doing their small part to build up the kingdom of God.

Friday’s commemoration of the Transfiguration cannot be ignored in today’s Sunday celebration.  August 6, 1945, marked the culmination of the “Trinity” project with the destruction of Hiroshima by the first atomic bomb that ushered human history into the Nuclear Age. Along with climate change challenging life on planet Earth, the nuclear stand-off continues to be the most serious threat to human survival.

For over 75 years, nations have pondered the illogic of mutual assured destruction (MAD) against the insanity of producing and storing weapons that can never be used. Ending this stand-off is one of the earnest prayers covered by today’s Hebrews reading defined as “the realization of what is hoped for and evidence of things not seen” (11:1). Proliferation and enormous waste defy this faith. First world powers that wield these weapons are especially confronted by Jesus’s words in today’s Gospel: “Much will be required of those entrusted with much” (Luke 12:40).