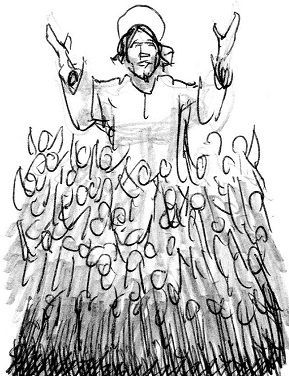 “A voice was heard in Ramah, sobbing and loud lamentation” (Jeremiah 31:15).

Feast of the Holy Innocents

Rachel’s lament is a universal cry applicable to so many tragic deaths throughout history but especially in our time. For all the awareness and correctives available in our modern world, you would think that the violent deaths of children would be rare instead of just another daily statistic.

The annual commemoration of the Holy Innocents serves to highlight child victims of, yes, abortion, but also of war, poverty, and neglect. Death stalks an estimated 83 million forcibly displaced fellow humans roaming the earth in search of welcome. Disparity in the distribution of vaccines and food will mean higher death rates in poor nations while other nations stockpile.

Herod the Great, an epitome of crass murderers, ignores his court advisors who tell him the child is sent by God, orders this infant rival hunted down and killed anyway, along with every boy child in the region. His blasphemy still does not compare with future monsters whose rhetoric has stirred divisions and hatred that justified the deaths of millions in the name of national security or ethnic purity. Indicted as well are the politicians and profiteers who flood the world with enough deadly arms and domestic guns to hold everyone hostage to total destruction and to living in a society in fear of itself.

The liturgical “Feast of the Holy Innocents” might serve as an occasion for global mourning to echo the sobbing and lamentation heard in Ramah, for what the world is losing is its future.

The year 2022 may witness many losses from the pandemic, climate change and the threats to the rule of law. But none will compare to the tragic waste of so many children. How will we explain this to ourselves if we fail to protect what is most precious and necessary to our own survival?

Pat is the former editor of our sister publication, Celebration, and he also served as NCR cartoonist. After retirement in 2016, Pat continues to contribute to NCR with his Francis comic strip and Pencil Preaching. Contact him at patrickjmarrin@gamail.com

Pope at Angelus: Christians choose fidelity to Gospel over hypocrisy