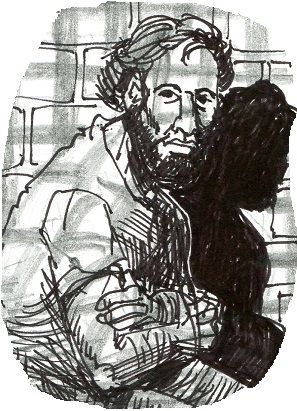 Herod Antipas, tetrarch of Galilee, was heir to a fourth of the kingdom of Herod the Great, the brutal ruler who ordered the slaughter of the babies of Bethlehem to halt the rise of a rival. He married his brother’s wife and his own cousin and was publicly condemned by the Baptist. A scorned and scheming Herodias plotted to kill John in prison and got the chance when a drunken Herod promised her daughter anything she wished after she entertained him and his guests by dancing at his birthday party.

A corrupt king, thin-skinned to criticism, approval-conscious and easily manipulated by his vengeful consort and her precocious daughter, orders the beheading of John, a man he respected and liked to listen to in the dungeon. John will haunt Herod the rest of his days and obsess him with the question whether Jesus might be John returned from the dead.

Herod, a client of Rome, did nothing without imperial approval, so the execution of John was convenient for Pilate, who brooked no opposition from local messianic figures and was likely glad to see the Baptist disposed of.  His baptismal rituals at the Jordan River had political resonance to the slave uprising and exodus celebrated by the Jews as their independence day.

John’s suffering was certainly from imprisonment and wondering when the axe would fall, but this was secondary to his greatest agony—not knowing if he had pointed to the right messiah. Jesus had upended John’s warning of the justice to come by preaching unlimited mercy and healing to sinners. Before his death, John sent messengers to ask Jesus if he was the chosen one. There was symbolism in John’s death, falling headless into the dark unknown that ended his ministry.

We are free to be entertained by the morality play of John’s death and Herod’s villainy. We can even apply it to contemporary events and figures steeped in corruption and awaiting the judgment of history.  But the main event is the fidelity of John the Baptist, who completed his work of pointing beyond himself to Jesus and surrendered his life without knowing if its larger meaning or purpose was fulfilled.

Jesus grieved the death of John and took seriously the threat it posed for him. He withdrew with his disciples for a time to ponder its meaning and to find inspiration in John’s courage and faith. We are invited to do the same.

Column | The Passion of John the Baptist

I call you friends