During Lent, we prepare to make an honest response 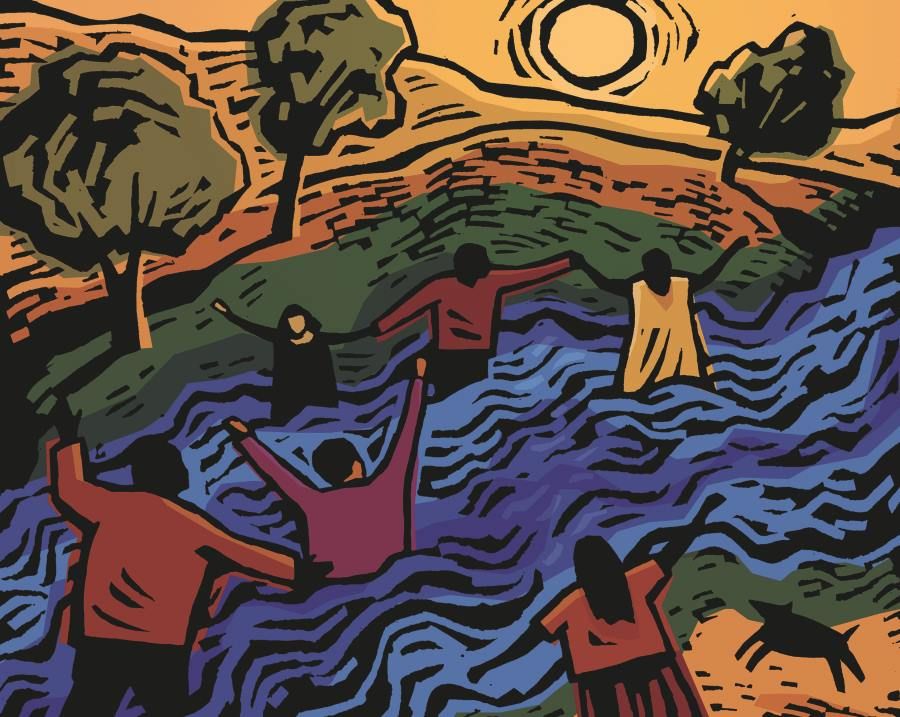 During the Easter season, we renew our baptismal promises as we are sprinkled with holy water during Mass. At my church in North Carolina, the priest usually asks us —

Do you reject Satan?

And all his works?

And all his empty promises?

— before going on to ask us if we believe in God the Father, Son and Spirit, and the rest of the creed. "I do!" I say, along with the congregation.

There's another formulation of the renewal of promises, and that's the one my priest used at the church I attended in Kansas City years ago:

Do you reject sin so as to live in the freedom of God's children?

Do you reject the glamour of evil and refuse to be mastered by sin?

Do you reject Satan, father of sin and prince of darkness?

I found it easy to reject sin. Who wouldn't want to live in the freedom of God's children? I enthusiastically renounced Satan. Satan is mean.

But I always paused on that second line. I know that I am not immune to the glamour of evil.

Let me tell you how I know.

When I lived in Kansas City, I didn't have a car. I walked everywhere: work, church, etc. There were a lot of homeless people on the sidewalks in that part of the city, and I got to know some of them by sight. One guy would often hang around a convenience store at the end of my street. I greeted him sometimes when I was going here or there, and he told me his name was Ricardo. He always asked me for money but I never gave him any. I didn't carry cash.

One Sunday I was on my way to a coffeehouse. I had just been to church and heard an uplifting homily about Jesus' compassion and was feeling very positive about humanity. On my walk, I encountered Ricardo. He remembered who I was. We said hello.

Suddenly, two sinister-looking men came up to me and asked if I had any money. I said no, I didn't carry cash. They retreated. Ricardo continued to chat, and started telling me about fighting in the first Gulf War. He pretended to aim a gun, made shooting noises, and said he had been made to kill women and children. He kept pointing at his graying pate and saying how the war had messed him up in the head. Then he asked me for money.

After Ricardo's terrible story, I was moved. It happened that day that I did have some cash; I'd brought with me a small store of quarters that I was planning to use on a few cups of coffee.

When I dug out my coin purse, immediately the two sinister guys jumped out of the shadows and accused me of lying for saying I didn't have any cash.

These guys looked so angry I really thought they were going to hit me. Ricardo told them to leave me alone. A fight threatened to break out, with me in the middle, and when the two men left, I was terrified to the core. Ricardo seemed to know them and told me they were "crackheads."

Now that he had defended me, Ricardo kept saying I was his friend, even calling me an angel. He tried to follow me home. I lied that I had to go to the grocery store first, stayed in there for a while until he went away, and then took a roundabout way back to my apartment.

The incident had shaken me to the core; for weeks afterward, I would barely go outside. In the end, it all came to nothing. I only saw Ricardo once after that, and he didn't even remember me — but that night, I hardly slept, afraid someone had followed me and was going to break in. I found a long rod of metal with sharply pointed ends (it had been a piece of a picture frame) and put it next to my bed as a weapon.

Along with being scared out of my wits, I also felt stupid and naive. I shouldn't have stopped and talked to Ricardo, I told myself. I never would have gotten into that mess in the first place. Maybe the three men were in league with each other. Was that whole Gulf War thing just a story to get my sympathy?

As I lay there, a vulnerable woman living in a first-floor apartment, I tried to get over my sense of helplessness by imagining this: Ricardo, or one of the other guys, broke into my house. He thought he was sneaking up on me — but I took my weapon and impaled him through the chest. Ha! In that vision I felt powerful and triumphant against my fear. No one could hurt me.

Just that morning I had pledged to follow a nonviolent, healing savior. I knew I shouldn't have thoughts like this. But I kept envisioning my violent revenge anyway, over and over. I wasn't "rejecting the glamour of evil." I was reveling in it. I savored and took pleasure in those violent images.

During Lent, I examine my conscience, find the dark things that are hidden in my psyche, and drag them out into the light, where they can be transformed by the One who is Light. This, I think, is what the scrutinies ask me to do.

Because when Easter comes, I want to be able to reject the glamour of evil without any reservations.

Editor's note: This reflection was originally published in the March 2015 issue of Celebration. Sign up to receive daily Lenten reflections.

Column | During Lent, we prepare to make an honest response

Present at the creation