First Sunday of Advent: Do you have real hope? 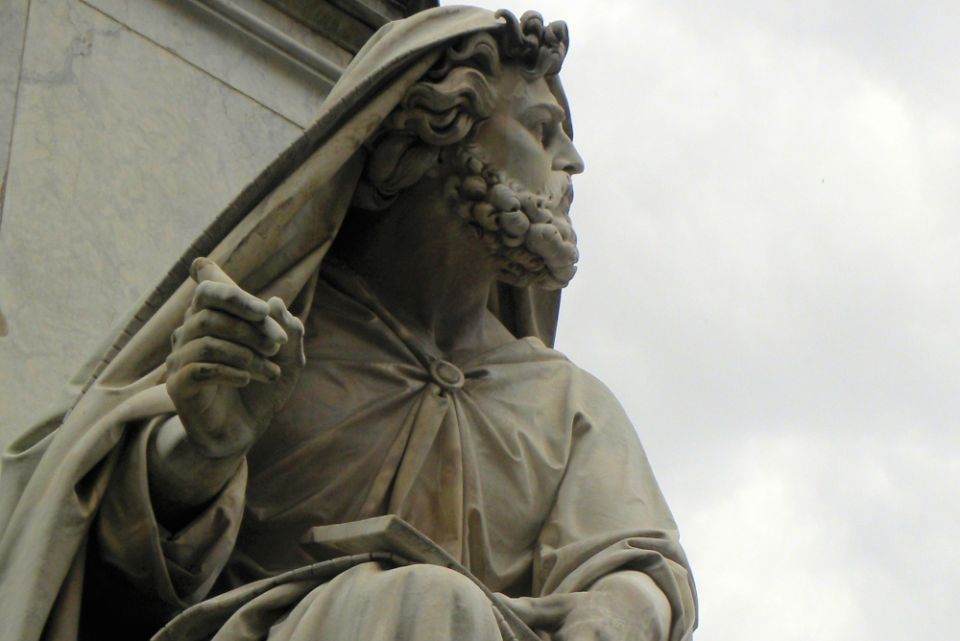 Isaiah had no time for looking back. He was desperate to reawaken his people. (Wikimedia Commons/Carole Raddato)

Just how badly are things going in our country and world? Can you honestly say you have real hope?

We share these questions with the people to whom Isaiah wrote eight centuries before the birth of Christ. Isaiah addressed people living in disastrous times. He and other prophets told them that their problems came from the fact that they and their leaders had not been true to their vocation.

In our own church, we find ourselves attempting to proclaim the Gospel and work for justice while our mirror reflects disgrace and bitter division among us. It sometimes seems that the most vocal Christians, at least the ones who own the biggest microphones, are longing to take us back to an imagined past when everything was clear, when we prayed in a holy language and we really could "Leave It to Beaver." It feels as if anybody who hopes for something different is rowing upstream in a holey canoe.

If we want Isaiah's message to reach us as he intended, we have to be in the mood. Isaiah wrote for people in danger of giving up on their dreams because their experience suggested that the faith of their ancestors no longer made sense. Maybe God had chosen their people, but obviously, it was only for a while. Their time had passed. Apparently, the time of the God of Abraham, Isaac and Jacob had passed as well.

What was left? It was time to get real and accept their new world as it was, not as they wished it would be.

Those are the circumstances in which Isaiah began to speak the word of the Lord. He saw that his people's imagination had been dulled. Their prayers, except for their self-pitying laments, were rote recitations that came from their lips but had no power to move their anesthetized hearts.

Isaiah cried out: "In days to come!" He had no time for looking back. He was desperate to reawaken his people. His message: "No matter your lethargy, God is not finished with you. Your exile is a part of your road, not the end of the story. Readjust your outlook and change your behavior!"

Jesus translated Isaiah's message into his own genre: "Remember the story of Noah? Things were headed to hell in a handbasket. For some, it was all about making money, luxury resorts, fast cars and nightclubs. Others went about their business, assuming that nothing can change the way things are going." (That's a modern rendition of "eating and drinking and marrying.")

Jesus talked about the unpredictable day when their Lord would come. He used imagery we call apocalyptic: fantastic ideas about the time when God would finally bring everything to fulfillment. The underlying premise of the apocalyptic message is that, by not living up to their vocation, God's people have made a mess of things, but hope is possible because of who God is.

Today, Pope Francis is using his exhortation to youth, Christus Vivit, to tell us that this dark moment in the church's history, this time of scandalous public sin, " 'can truly be an opportunity for a reform of epoch-making significance,' opening us to a new Pentecost and inaugurating a new stage of purification and change capable of renewing the Church's youth." Like Isaiah, Francis tells us that we are in a mess, but this doesn't have to be the end of the story. Redemption is possible.

Advent ushers us into the challenge of believing that the world as we know it is not what God intends and that God wills to help us do better. Paul says that, as he calls us to wake up and walk in the light of Christ. The Gospel reminds us that we and all of creation are mortal; the end may come at any moment. Awareness of that can teach us to value each moment.

Isaiah tells us what God intends for the world: The life and prayer of believers will attract all peoples to know and love God. Isaiah describes this by using the image of a universal pilgrimage to God's holy mountain. He speaks of a time when weapons of war transformed into agricultural tools, and when human beings will care for one another and their Earth as they were created to do.

The Advent season combines penitence and hope. It reminds us that our hope is little more than childish wishes until we recognize how we have failed to live up to our human vocation. It also reminds us that God is not limited by our sin any more than by our petty dreams. Advent invites us to invest our hearts and hands and feet into active hope in God's days to come.

Column | First Sunday of Advent: Do you have real hope?

Does Pope Francis have a master's degree in chemistry?

When women become a clear and present danger at the Vatican

Integral ecology: everything is connected