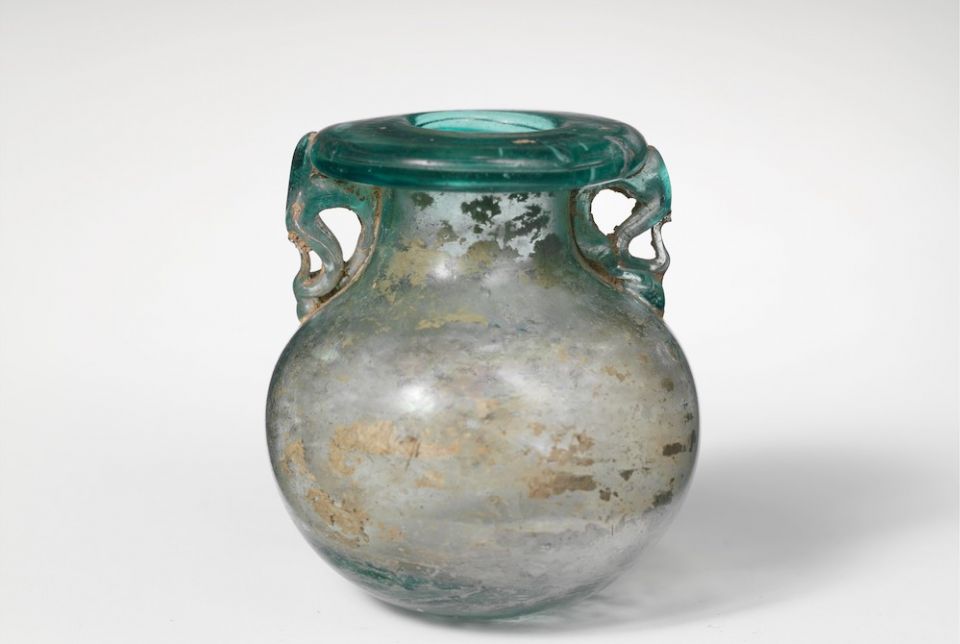 This day we call Palm Sunday, or in our odd, ecclesial grammar, "Palm Sunday of the Lord's Passion," always gives us too much to take in. It begins with Jesus’ entry into the holy city of Jerusalem and then portrays how in the course of one single week every sort of person became complicit in his martyrdom. One way to avoid being overwhelmed is to accompany one character through the mysteries of this week.

As our companion this year, I nominate the nameless woman who anointed Jesus at supper on what was the fourth day of his last week of life. Some have tried to identify her, but Mark avoided that, not necessarily because he didn't know her, but because identifying her would define her, setting her off from the rest of humanity. Because Mark left her anonymous, she can represent myriads of others called to follow her example.

In spite of her anonymity, there was absolutely nothing subtle or secret about this scene. The woman approached Jesus carrying the type of fragile stone jar used to preserve precious, imported perfume. Everyone could see that she was bearing a luxurious gift — the jar itself bespoke extravagance. Most of the witnesses were probably astounded when she broke the jar rather than dispense just the amount needed for a simple gesture. Destroying it indicated that rather than hold anything back, she intended to allow its entire contents to flow over Jesus' head. The room would have been saturated with an aroma that many simple folks had rarely experienced; the oil would have dripped from his head to beard to shoulders and further.

The anointing woman came to Jesus during the last week of his life. She had probably seen him enter Jerusalem like a pauper king acclaimed with cries of "Hosanna!" Like everyone else, she would have known that his "cleansing" of the temple had infuriated the authorities. She had heard his retorts in the parable of the wicked tenants and his critique of the pretentious scribes. By the time he reclined at the table with Simon and friends, the air around Jesus was permeated with an aura of danger — his friends understood that the murderous tenants of Jesus' parable had their real-life counterparts among powerful people who were even then plotting his death.

At least three times, Jesus had told his disciples that he would suffer and die, only to see how they avoided facing that reality. During the final week of his life, one of them would sell him out and the rest of the men would run and hide or openly deny knowing him. But during that last week, when danger was in the air and the powerful were planning his demise, one woman gave her all in an extravagant gesture of faith.

Often the telling of this story focuses on the complaint about waste and Jesus' response that she was preparing him for death. Rarely do we emphasize that her anointing was a symbolic statement that he was the Christ, a title which literally means the anointed one. She did not make this gesture while he was at the height of his power, when crowds flocked to him, or even as part of the cheering crowd as he entered Jerusalem. She anointed him as his fate was becoming ever more obvious, when fickle crowds were starting to blow with the winds, ready to join in jealous jeers demanding his crucifixion. Jesus himself explained that by saying she was preparing him for death.

The anointing woman is the counterpoint to other disciples and to all those who refused to believe in Jesus' message. With one extravagant gesture, she professed her belief that he, the vulnerable prophet who was surely about to die, was indeed God's anointed one. By pouring oil over him, she proclaimed her faith that God was working through this man who taught that love was the only law of life. She spilt her riches in a show of faith that wealth is worthless and God is not revealed through human power.

The anointing woman, the first among the women who stood by Jesus through his crucifixion, expressed her faith and faithfulness in a gesture of love that went beyond every verbal proclamation. She shared Jesus' own faith that God's ways are beyond human understanding because, as theologian Jesuit Fr. Silvano Fausti says, "God is love in a passion which stands infinitely beyond any insult from us."

This year, we might walk through this week inspired by the anointing woman. Rather than focus on how we too often mirror the betrayers, let us invite her to teach us about living a faith that goes beyond understanding. It could cost us everything, but isn't that the message of this holy week?