Twelfth Sunday in Ordinary Time: What if? 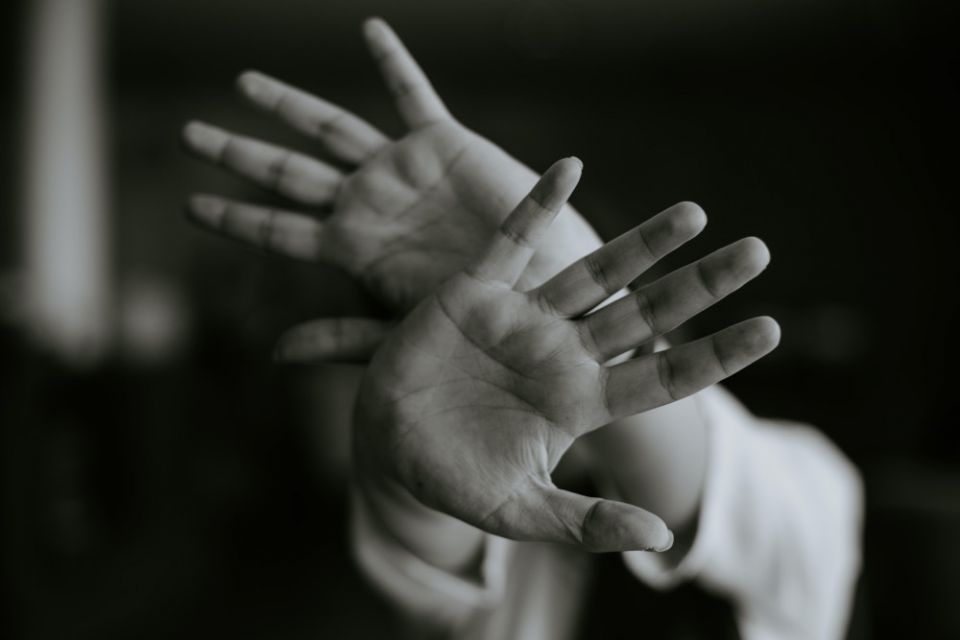 Got it? That's Jesus' command. You would think that as someone walking around in a body that could trip and fall, bleed, bruise and even suffer a concussion, he would have gone a little easier on his disciples. Is his command supposed to be encouraging? What ever happened to "Hide me in the shadow of your wings?"

When it comes to fear, Shel Silverstein summarized it quite well in his poem, "Whatif." What if I get beat up? What if there's poison in my cup? … What if I flunk that test? What if green hair grows on my chest?" Practical, terrifying, social, physical and even genuinely mortal, we recognize and invent threats that can make fear the background music of much of our life.

Admit it, we are easily frightened — and that's the root of many of the world's problems. We lie or let others get away with it because we are afraid of the truth's consequences. We are selfish or steal because we fear we won't have enough or think we are not enough in ourselves without some thing that gives us status. We go along with the crowd, putting up with what we know is unacceptable because we are afraid that integrity will cost too much.

We are not mistaken about the price of integrity. Just listen to Jeremiah. "I hear everybody whispering against me. … All my old friends are laying traps and just waiting for me to make a mistake!" Jeremiah knows the cost of doing what is right. But poor Jeremiah, even while he is striving to be godly, he gets caught up in the dance of his enemies: He complains about their attempts to take vengeance on him and then he asks God to wreak vengeance on them. Somehow, he misses the irony of using wicked power against the wicked.

In the light of this, what is Jesus' advice? "Don't be afraid," he says, "at least not of those who can't do more than kill you." Let's not use this Gospel passage to comfort children who worry about a monster under the bed or whether their friends will make fun of them for not having the guts to steal something from the store. Unpopularity and bullies are exactly what terrify them. It's not easy to get over that!

At one point, it sounds like even Jesus is proposing the power plays of the wicked. What does he mean by saying, "Do not be afraid of those who kill the body … be afraid of the one who can destroy both soul and body in the realm of the dead?" Is he saying, "Don't fear murder by your enemy; watch out instead for what God can do to you?" That's the sort of thinking that fire-and-brimstone preachers use to put the fear of God into their audiences: "Oh, you sinner! You think that gun can hurt you? You worry about thugs? Just imagine how much stronger God is! If somebody can hurt you for a day, what about the eternal God who can torment you beyond the end of time!"

Is that an adequate description of God? Of the tender-hearted Creator who watches over the dying sparrow and whose attention to you is so extravagant as to have numbered the hairs on your head? Something is off-kilter in this picture.

If he's not warning us about a vengeful God, what is it that Jesus wants us to worry about? The best way to figure that out is to look at his life, because for Jesus, as for any human being, the way he lived interprets the words he spoke.

Jesus didn't worry about those who could — and did — take his life. Nobody and no threat could shake his integrity. His self-possession and consecration to mission were grounded in his relationship with his Father. In light of that, it seems that Jesus was not warning his disciples about God, but about the demonic, the people and powers that could tempt even him to pride, domination and capitulation and who lured his disciples into competition and betrayal. Bodily harm can be inflicted by outsiders, but lack of integrity is an inside job that damages or can even destroy the soul.

"Fear no one," says Jesus. The paschal mystery tells us that death need be no more fearsome than losing hair. Speaking today, Jesus might say it this way: "You who live in a fragile body. I know what it's like. Don't let fear reign! Accept it, you are going to pass through many transitions, including death, and you'll find more life on the other side."

Put more simply, he's asking us, "What if you just lived in the freedom of the children of God?"

Column | Twelfth Sunday in Ordinary Time: What if?

Presenting ourselves on the feast of the Presentation of the Lord

Fourth Sunday in Ordinary Time: Prophets for the world