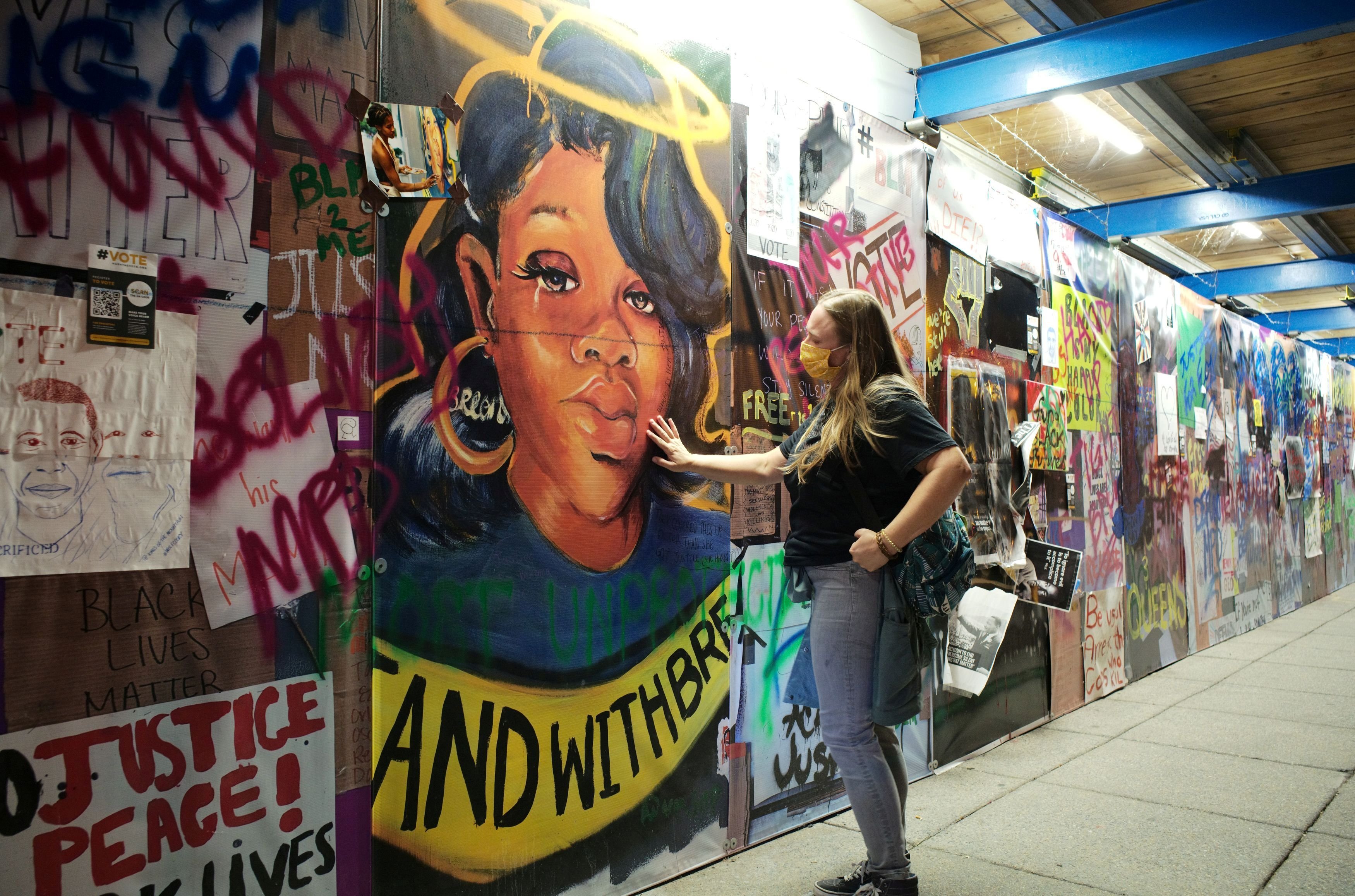 White Catholics can bear witness to racial justice in their relationships and in their public witness, said a panel of Black Catholics on the second day of the Catholic Summit on Racial Justice. The Nov. 14-15 virtual event aimed at helping college students reflect and learn how issues of race relate to their faith.

"Our church is a reflection of our society," said Deacon Art Miller of the Archdiocese of Hartford, one of the panelists. "When you look at the religious world, it's the secular world looking right back at you." This statement reverberated through a candid discussion on where and how racism shows its face in Catholic circles.

The 40 registered participants included Bishop Fernand Cheri, auxiliary bishop of New Orleans. Workshops included the church's teaching on racism and how to be an ally. For the conclusion of the event, Loyola Marymount faculty Kim Harris and Layla Karst led a prayer service of lament, which remembered by name Black people killed by police, including George Floyd, Breonna Taylor, Philando Castile, Michael Brown and Tamir Rice.

Miller is a former schoolmate of Emmett Till, a 14-year-old Black youth who was lynched in Mississippi in 1955. He shared illustrations from his decades of encountering racism in the church, such his mother's decision to attend daily Mass in the front pew of his boyhood parish in Chatham, Illinois, following a sermon in which the pastor made it clear he didn't want Black parishioners in his church.

"That man is not going to put me out of my church," he recalled his mother saying. Miller told NCR, "She fought to be Catholic, and I will honor my mother's struggle." He recalled how, even following his ordination as a permanent deacon, he's had the perennial experience, when praying in a Catholic church without his clerics on, only to be asked, "Can I help you?" Translation: "What are you doing here?"

Countless experiences like these have created what Miller calls the "ghosts of hate," a reality that Black people understand. The panel's moderator, Cary Dabney, director of ministry to African American Catholics for the Diocese of Cleveland, said that, along with this shared understanding, the panel also reflected the true diversity of the Black Catholic experience.

"It's kind of an illusion that there's this monolithic Black Catholic," Dabney told NCR. Even the other two panelists, who were both decades younger than Miller and both representatives of the group Catholics United for Black Lives, followed divergent paths in the church. James Conway's experiences were coupled with his military family's frequent moves in his childhood.

"When it seemed like we were visitors to the church, it was fine. But when it seemed as though we would be there for a while, we met all kinds of resistance," said Conway, who is now based in Baltimore. He recalled new parishes assuming he preferred gospel music or that he wasn't catechized or a cradle Catholic.

The other panelist, Marcia Lane-McGee of Chicago, converted 20 years ago, during her junior year of college, from a Pentecostal background. Both of her grandfathers were preachers, and she too finds herself speaking from platforms such as Instagram and the podcast she cohosts, "Plaid Skirts and Basic Black," which addresses Catholicism and culture from a Black perspective.

Lane-McGee shared how she was surprised to learn that many of her listeners are white people who don't want to look stupid asking questions of Black people. The panel acknowledged the shared experience of such conversations becoming frequent in the wake of the murder of George Floyd and renewed attention to the Black Lives Matter movement.

"I am trying to manage an ever-widening gap and still trying to remember to love. … That is very difficult when people are saying racist stuff that maybe they don't know is racist," Lane-McGee said. She says the racial gap in the church is widening "now that we have to face a lot of our sins." She counseled the students watching to "get comfortable with being uncomfortable" as they seek to be allies.

Alejandro Torres, an 18-year-old student studying chemical engineering at the Illinois Institute of Technology, said hearing the first-hand accounts of the panel was significant for growing his awareness.

"I knew already about the prevalence of systemic racism in America, but not to the extent I do now," he said.

Miller asserted the importance of being an ally "when I'm not there," of not allowing friends and family to get away with racist speech, even if that means leaving their home at that moment. "Other than that, you're not bearing witness. You're just playing," he said.

On the question of what the church can do, especially when roughly half of U.S. Catholics voted for Trump even after statements and actions from the president that many perceived as racist, the panel had sharp recommendations. Miller cited the church's response to the clergy sex abuse crisis in 2002, which precipitated psychological screenings for seminarians, widespread safe environment training and criminal background checks, as well as a policy of zero tolerance.

"You need to develop the same kind of program," he said, "a racial training program that somebody Black runs, frankly."

Lane-McGee lifted up the importance of showing the world and teaching Catholics what the church actually teaches, citing her own experience of discovering pastoral documents on racism almost by accident as she put together a presentation on Catholic social teaching.

"You have to dig to find things," she told NCR. She and the others contrasted this with the way the church has mobilized against abortion in the decades since Roe v. Wade. "That same energy should go into recognizing the Catholic Church is anti-racist."

"If you ask any Catholic, it's intuitive to respond that racism is wrong. But there's no passion to combat racism," Dabney, the moderator, told NCR. "The community is asking for some kind of passion, some kind of acknowledgement that it is a life issue."