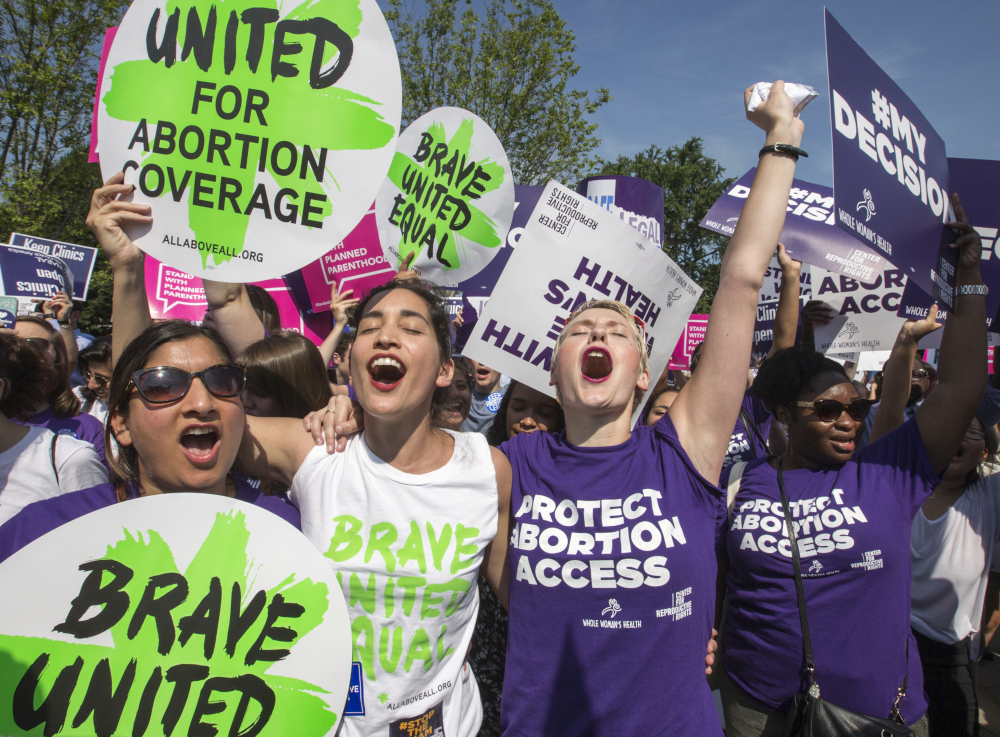 Abortion rights activists rejoice in front of the Supreme Court in Washington after the justices struck down a strict Texas anti-abortion restriction law known as HB2, on June 27, 2016. (AP/File/J. Scott Applewhite)

In no state in the U.S. does even one-quarter of the population say abortion should be illegal in all cases, a new survey shows.

But even in Alabama and Missouri, where laws have recently been passed to make abortion illegal with practically no exceptions, fewer than a fifth of the population says abortion should be illegal all the time. In Alabama just 16% opposes abortion at all times, while 19% of Missourians hold that position. The anti-abortion laws are facing court challenges in both states.

“These results demonstrate that the Republican-controlled legislatures who have passed state laws that amount to a virtual ban on abortion are out of touch not just with Americans overall but with residents of their own states and members of their own party,” said PRRI CEO and founder Robert Jones in an announcement of the survey results. “Few Americans, even in the most conservative states in the country, believe that abortion should be banned outright,” he continued.

The study’s researchers found that more than three-quarters of Americans surveyed said their opinion about abortion had remained unchanged over the last five years.

Hispanic Protestants (21%) and Hispanic Catholics (16%) were the two religious groups that most reported having become “more opposed” to abortion. Buddhist (18%) and New Age adherents (18%) were among those that most reported becoming “more supportive.”

Members of conservative religious groups were more likely to favor making abortion illegal in all or most cases, including white evangelical Protestants (65%); Jehovah’s Witnesses (68%); Mormons (66%); and Hispanic Protestants (58%).

But a majority of other Protestant groups, including white mainline Protestants (59%) and black Protestants (56%), say abortion should be legal in all or most cases.

“The Legality of Abortion, by Religious Affiliation” (RNS/Graphic courtesy of PRRI)

Catholics are almost equally divided, with 4 in 10 against making abortion legal in all or most cases and a similar percentage against illegality in all or most instances.

But when race and ethnicity are considered, there are more striking differences of opinion among Catholics.

For example, a slim majority of white Catholics (52%) supports the legality of abortion, while only 41% of Hispanic Catholics do.

One-fifth (21%) of Americans say a political candidate’s abortion view is a “deal-breaker,” with a higher percentage of those opposing legal abortion (27%) saying only a candidate who shares their view would get their vote. Eighteen percent of those supporting legal abortion consider it a deal-breaking issue.

Hispanic Protestants, white evangelical Protestants and Jewish Americans were the religious groups with the highest proportion — at just under 3 in 10 — who say they would only vote for a candidate who shares their abortion view.