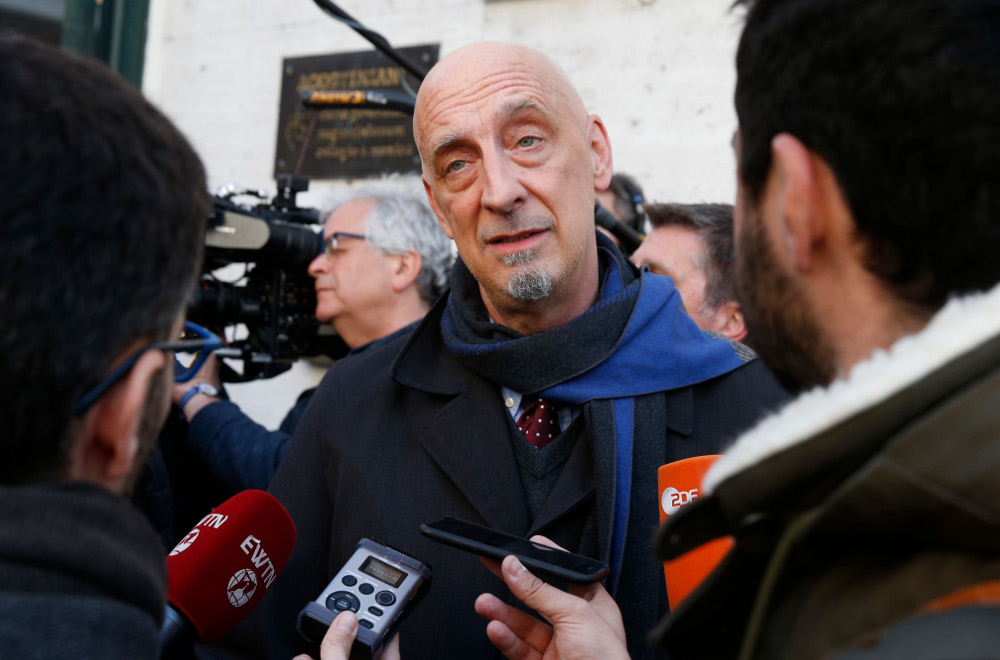 American Peter Isley, a survivor of sexual abuse by a priest, speaks with journalists Feb. 20 near the Vatican in Rome. (CNS/Paul Haring)

Catholic clergy abuse survivors who met Feb. 20 with the bishops organizing Pope Francis' global summit on child protection expressed disappointment over not being able to meet with the pope personally, but said the encounter was marked by a conversational atmosphere.

Phil Saviano, one of 12 survivors from various countries who took part in the more than two-hour meeting, admitted that at times it got "a little bit confrontational."

"But I think everybody spoke from their hearts, everybody appreciated being there, and when it was confrontational the bishops that were there were receptive," Saviano, a board member of the abuse tracking website BishopAccountability.org, told journalists just after the meeting.

"It was in many ways a two-way conversation, because we would speak and then they would respond," he added. "And we would ask questions and they would do their best to give answers."

Juan Carlos Cruz, a Chilean survivor who met at the Vatican with Francis last year, called it a "very positive meeting" and said it was "an intense dialogue."

"We told them that it is important that things happen and that there's radical change," said Cruz. "This culture of abuse, this culture of cover-up by bishops, no matter where in the world they are, needs to end." 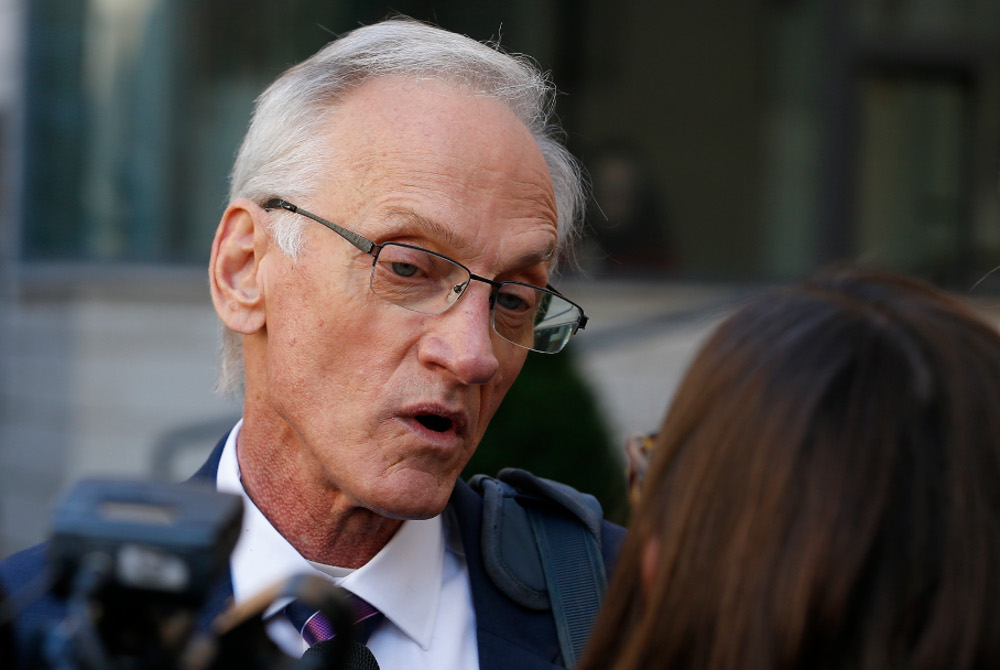 Phil Saviano, a survivor of clergy sexual abuse in Massachusetts, speaks with journalists Feb. 20 near the Vatican in Rome. (CNS/Paul Haring)

Francis has called all the presidents of the world's bishops' conferences to the Vatican for the summit, which is the first of its kind.

Although the summit organizers had not characterized the meeting with survivors as an opportunity to meet Francis, some of those taking part expressed frustration that the pope did not attend. The Ending Clergy Abuse group issued a statement hours before the encounter stating that they expected the pope to come.

Peter Isely, an Ending Clergy Abuse member who took part in the meeting, said some of the survivors told the summit organizers it was "not OK" that Francis was not there.

"As Archbishop Scicluna said at the end of the meeting about questions we had: 'I'm not the pope,'" said Isely.

"That's the problem," he continued. "He's not the pope. We needed to talk to the pope."

Lombardi, who is also the former longtime director of the Vatican press office, said it was never anticipated that Francis would take part in the meeting.

"No one told those invited that the pope would be present," he said. "The scope of the meeting was for the organizers to have a serious listening session. This is what took place."

A Vatican statement released after the encounter said the organizers were grateful to the survivors for participating and that the meeting would help them "better understand the gravity and urgency of the difficulties that they will confront" during the summit.