The (holy) ghost in the machine 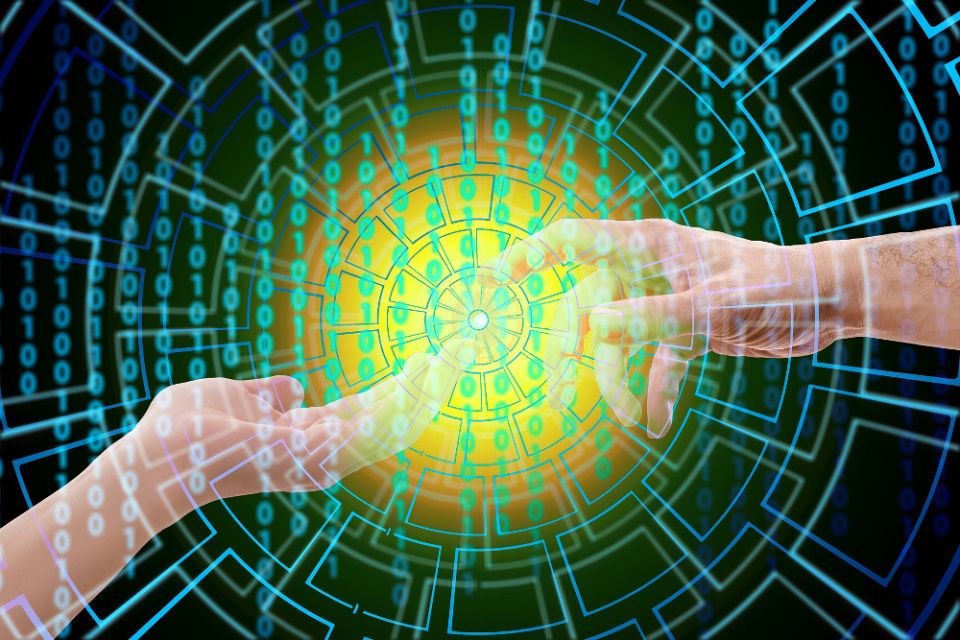 Many faith groups are grappling with the ethics of artificial intelligence. (Image courtesy of Pixabay/Creative Commons)

At first glance, Pope Francis' January message to a cadre of business and political leaders gathered at this year's World Economic Forum in Davos, Switzerland, appeared largely focused on the plight of the poor — a hallmark of his papacy.

But it also contained a reference to an unusual topic for a pontiff: artificial intelligence.

"Artificial intelligence, robotics and other technological innovations must be so employed that they contribute to the service of humanity and to the protection of our common home, rather than to the contrary, as some assessments unfortunately foresee," wrote Francis.

The pope's message in Davos was one of a spate of recent Catholic discussions of a technology that is rapidly making its way into our everyday lives, in virtual assistants such as Amazon's Alexa, the phones in our pockets and, soon enough, in self-driving cars.

Like Francis' message in Davos, most have focused on the potential ethical and theological questions posed by the rise of AI, and Catholicism's proper role in answering them.

In a conversation in Rome facilitated by the Vatican last year, Cardinal Gianfranco Ravasi, president of the Pontifical Council for Culture, reportedly weighed whether or not the phrase "artificial intelligence" is an oxymoron and criticized AI scientists' use of the term "electronic person." That came on the heels of a July 2017 roundtable on the topic at the Dominican School of Philosophy and Theology in Berkeley, California, where speakers from business and technology mixed with academics and theologians.

"The church … has always understood that technology is judged by morality," Dominican Fr. Eric Salobir, an organizer of the forum, said at the time. 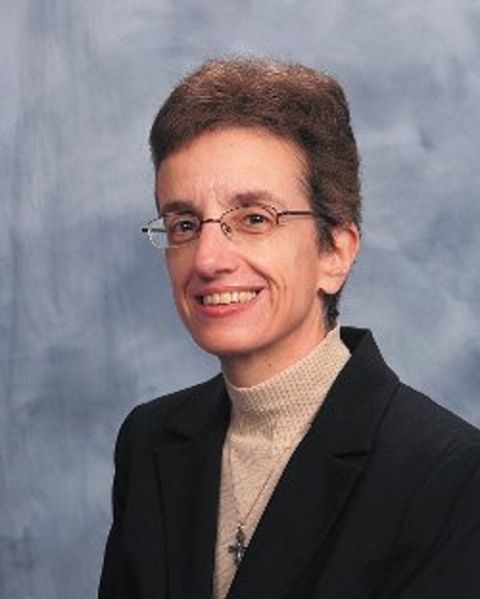 Some observers are concerned Catholic theology hasn't caught up with modern advancements to participate productively in the AI debate. "Pope Francis is absolutely right in raising the bar of our attention to technology," said Franciscan Sr. Ilia Delio, head of the science-and-theology focused Omega Center. But first, she said, the church has to adapt its theology "to meet the needs of a world in evolution."

Catholicism is hardly the only faith group grappling with the burgeoning conversation about tech, AI and ethics. Jewish and Muslim thinkers are sorting through these subjects as well, and recently a group of primarily Protestant computer scientists published a series tackling the "questions for Christians about AI and its role in society." Representatives from several Christian traditions also participated in a fall 2017 AI-focused conference sponsored by the Pacific Coast Theological Society.

Not all of these groups agree on what AI means. Artificial intelligence is a broad term used to describe everything from machine learning, such as product recommendations on Amazon.com, to "strong AI," or efforts to build devices with the intellectual ability equal to a human's.

"When we talk about AI, we don't always mean the same thing," said Levi Checketts, adjunct professor of religious studies and philosophy at Holy Names University in Berkeley, whose doctoral dissertation focused on applying Catholic moral theology to new technologies.

The moral quandaries AI presents are rapidly becoming real-world issues: It was revealed earlier this year that Google is assisting the U.S. military by using machine learning to analyze drone footage, prompting a rash of resignations by Google employees who oppose the project on ethical grounds.

"There's a very strong moral question about whether (AI-assisted weapon systems) can be used to wage a just war," Checketts said. "Should a machine be making decisions on the battlefield for human beings? Will a machine be able to follow the responsibilities of just-war theory?" 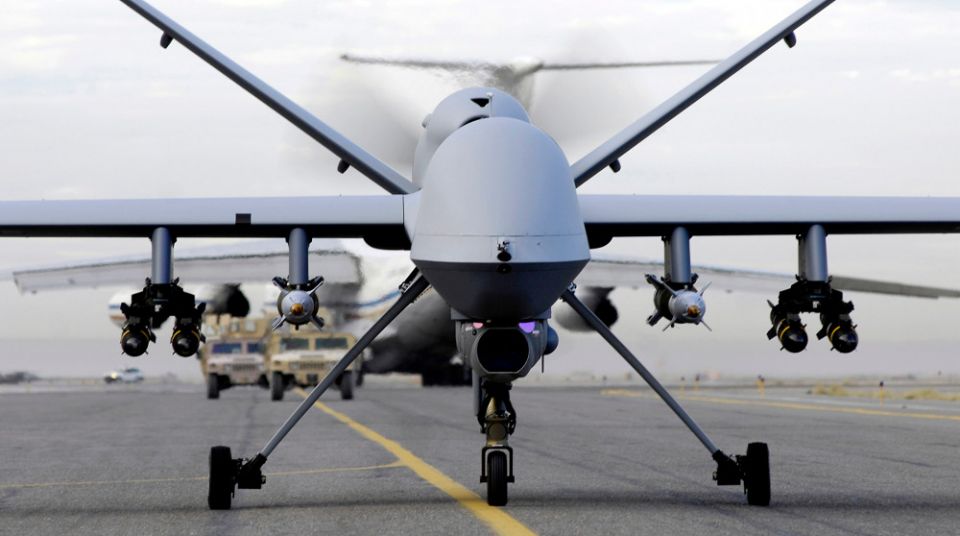 In other words, the issues posed by technology vary wildly depending on how humans deploy it. Seventy years ago, Catholic theologians had to re-evaluate the just-war concept after nuclear weapons were developed, and Checketts said AI could force a similar re-examination of Catholic principles about violence.

A more quotidian area of concern is Catholic social teaching and theological understandings of work. The self-driving car is just one emerging technology that could cost people jobs. "Labor itself is seen as an important part of human dignity," Checketts said. "Not just 'Are people starving?' but 'Do people have the ability to work for a living, to meaningfully engage with the world?'"

Meanwhile, as we get closer to producing machines that mimic a brain, profound questions remain: Can a robot be considered a person, spiritually speaking?

The question has already been broached to some degree by the Rev. Christopher Benek, a Presbyterian pastor in Florida who has garnered attention for arguing that AI could come to know God.

"I don't see Christ's redemption limited to human beings," Benek told the tech blog Gizmodo in 2015. "If AI is autonomous, then we should encourage it to participate in Christ's redemptive purposes in the world."

Many Catholics, however, are less than enthused by the idea of redeeming robots.

David Chiang, an associate professor of computer science and engineering at Notre Dame who uses machine learning to develop natural language processing technologies, said he was largely unconcerned by the issue. He cited IBM's chess-playing robot Deep Blue to illustrate how most AI programs — while impressive in terms of results — utilize "brute force" methods as opposed to more sophisticated processes used by the human brain.

He remains skeptical as to whether "strong AI" will ever truly rival a living person.

"As a Catholic I don't believe that so-called artificial intelligence will ever be intelligent," Chiang said, although he acknowledged, "It's really an article of faith for me (rather) than a well-worked-out philosophical position."

"There are enormous questions about natural law for AI," Checketts said, noting that Aquinas and other classical Christian thinkers have put intelligence at the center of personhood. "Can AI be baptized? That really, really complicates common theology."

Delio, who teaches theology at Villanova University outside Philadelphia, said that in order to answer such questions, "we would need to understand who God is in a complex world." 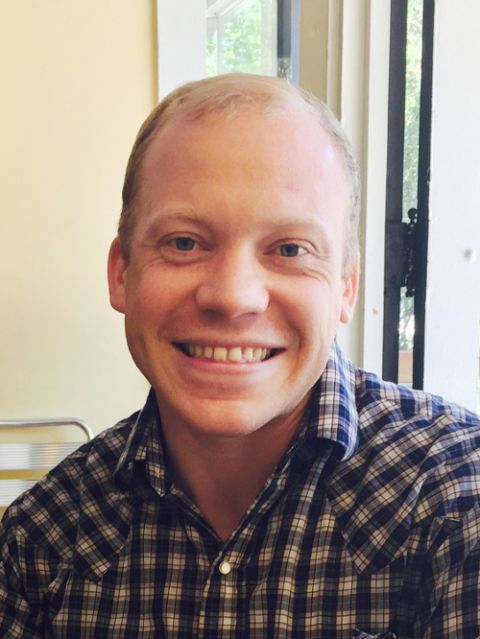 As for robot persons, Delio is dubious.

"The key issue here is one of freedom," she said. "And that, I think, only belongs to organic biological human personhood. To be called into a relationship and to respond to that relationship is still … unique to the human person as an image of God."

Delio thinks the church needs to take a broader approach, including people from different faiths and those of no faith to engage with the questions surrounding AI.

"I think there needs to be not just government regulations, but a type of interdisciplinary forum that has philosophers, theologians, computer programmers and technologists all in conversation about what types of technologies do we want and should be developing for the future," she said.

Checketts and other Catholic thinkers aren't waiting. For him, the sheer size, influence and global reach of the Catholic Church, combined with the popularity of Pope Francis, position it to play an outsized role in shaping future conversations about AI. He cited the pope's efforts to highlight the importance of addressing climate change as a model.

Theology | The (holy) ghost in the machine

Whose artificial intelligence should we be worrying about?