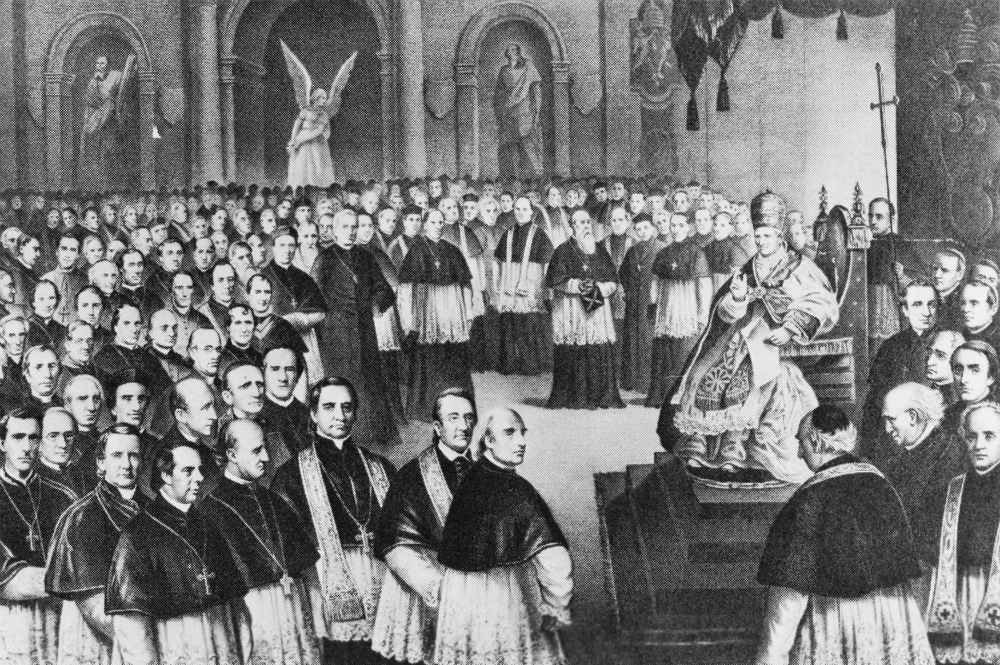 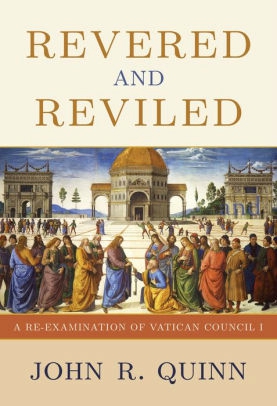 The First Vatican Council (1869-70) has been for a long time a theological conundrum and at the same time a strong marker of Catholic identity: not just among ordinary Catholics, but also (if not especially) among professional theologians. This is particularly true of the early stages of the post-Vatican-II period, which was characterized by a strong ecclesiological focus on the reforms of the Second Vatican Council.

The Catholic Church now is in a different phase of the post-Vatican-II period, and one of the positive signs of the settlement of harshly disputed ideas in ecclesiology is the new phase in the reception of Vatican I. Revered and Reviled: A Re-Examination of Vatican Council I by the late Archbishop John R. Quinn, one of the key figures in contemporary American Catholic history, provides us with an excellent example of the stabilization of the interpretation of Vatican I.

The book is structured with a clear historical perspective. The first chapter covers the lead-up to a new focus on primacy and infallibility: the period between the French Revolution and the mid-19th century, with all the political challenges for the Roman papacy coming from both the heirs of the revolution (Napoleon especially) and the attempt of the "restoration" of the pre-revolutionary theological-political system of Europe after 1815.

The following chapter deals with the role of Pope Pius IX's Syllabus of Errors (1864) in the papacy, leading to the convocation and celebration of Vatican I.

Chapters 3 and 4 address the two major results of the conciliar debates and votes: the primacy of the pope and infallibility.

The final three chapters offer an analysis of the validity of Vatican I, in response to those who undermined the council's theological legitimacy by arguing that Pius IX put pressure on the conciliar fathers. The penultimate chapter also explores the exceptional leading role of the reception of Vatican I by John Henry Newman, and presents Newman's understanding of the doctrinal developments that would be produced by Vatican I.

The book concludes with reflections on the importance of Vatican I to the church today.

Revered and Reviled is very effective in helping the reader understand that the ideological caricatures made of Vatican I — as the council that ushered in an extreme view of the infallible papacy or, on the opposite side, as a failed council in need of a formal correction — are wrong because they are ignorant of the history of the council, particularly of the various shades of "infallibilism" in 19th-century Catholicism and at Vatican I.

Related: Quinn's examination of Vatican I and infallibility is his final gift

Quinn argues that the infallibilist majority won the vote at Vatican I, but the minority won the argument. He writes, "The doctrinal position of the minority was the accepted teaching, [but] it was virtually ignored in the century following Vatican I."

Quinn further makes a subtle argument about the relationship between the history of conciliar debates and the history of the reception: "It was due to the minority that the primacy was framed in terms of the first millennium and the conciliar tradition." 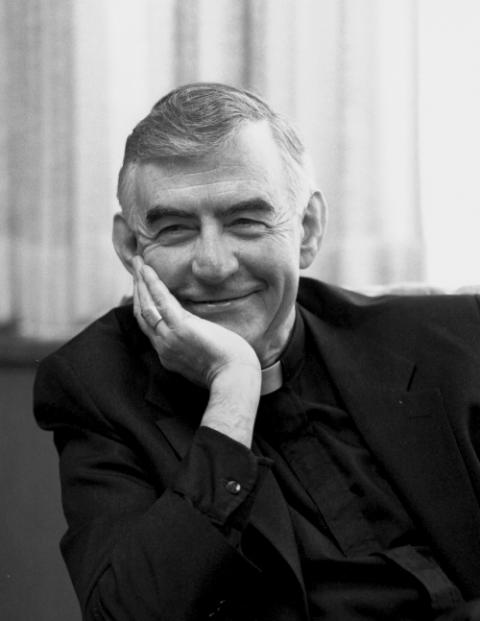 Quinn pushes his defense of Pius IX probably further than what many historians were and are willing to concede. But he was right in writing that the debate on papal infallibility was already in the church before the convocation of Vatican I.

The council, he explains, made a crucial contribution by narrowing down the understanding of papal infallibility as well as the conditions for its exercise: "It is therefore a distortion to say that the definition was enacted because the Pope rail-roaded it through a resistant Council. ... Pius himself authenticated the moderate interpretation of the Council teaching."

Revered and Reviled points out an important fact that should shape our understanding of Vatican I and the last 150 years of church history: Papal primacy has been far more consequential than infallibility. While papal infallibility has not changed dramatically the way popes teach, the contemporary papacy is much more marked by a form of primacy that, in some respects, has gone far beyond the text and the spirit of Vatican I.

Quinn relies heavily and understandably on the role of Newman in understanding 19th-century Catholicism, before, during and after Vatican I, and especially Newman's efforts in "asserting the indispensability of history for a correct understanding of doctrine. Equally strong was his conviction about the development of doctrine."

This is a very Newmanian book, but sometimes Quinn, in his effort to rebalance the conflicting interpretations of Vatican I, overlooks Vatican I's and Pius IX's difficulty — or perhaps failure — to articulate a Catholic sense of history and of modernity during what John O'Malley calls "the long 19th century" of Catholicism. In some respects, looking at the history of the three great councils of Catholic Church from early modernity (Trent) to contemporary global Catholicism (Vatican II), it is hard to deny that Vatican I had a limited sense of history and modernity. The church would have to wait until Vatican II, almost one century later, to achieve that broader scope.

The legacy of Quinn, who passed away June 2017 just a few weeks before the publication of this book, will be measured far beyond the books he published.

This last book is a testimony to the particular gift he had for making a theological case, not only to theologians, but to a larger, international Catholic readership. He had done that already with his 1999 book The Reform of the Papacy, which is the most important response by a Roman Catholic prelate to John Paul II's encyclical Ut Unum Sint and its articulation of the relationship between the concrete forms of exercise of the Petrine office and the ecumenical commitment of the Catholic Church.

With this last book on Vatican I, Quinn left us an invitation to re-address ecclesiological issues and their practical consequences with a deep sense of the tradition, which is increasingly in danger of being identified with traditionalism.

[Massimo Faggioli is professor and theology and religious studies at Villanova University. His most recent book is Catholicism and Citizenship: Political Cultures of the Church in the Twenty-First Century (Liturgical Press, 2017).]

A version of this story appeared in the Feb 9-22, 2018 print issue under the headline: First Vatican Council's reception enters a new phase.