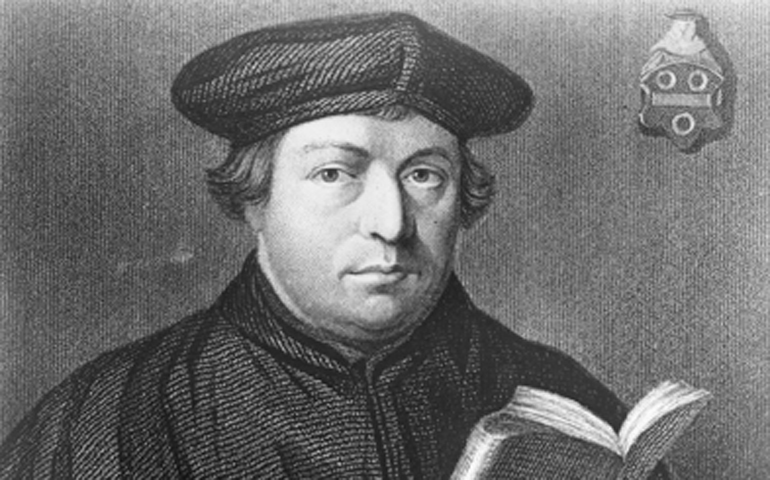 Nearly 500 years after Martin Luther nailed his 95 theses to the Castle Church door, the largest Lutheran denomination in the U.S. has approved a declaration recognizing "there are no longer church-dividing issues" on many points with the Roman Catholic church.

The "Declaration on the Way" was approved 931-9 by the 2016 Evangelical Lutheran Church in America Churchwide Assembly held last week at the Ernest N. Morial Convention Center in New Orleans.

ELCA Presiding Bishop Elizabeth A. Eaton called the declaration "historic" in a statement released by the denomination following the Wednesday vote.

"Though we have not yet arrived, we have claimed that we are, in fact, on the way to unity. … This 'Declaration on the Way' helps us to realize more fully our unity in Christ with our Catholic partners, but it also serves to embolden our commitment to unity with all Christians," Eaton said.

The declaration comes as the Lutheran and Catholic churches prepare to kick off a year of celebrations to mark the 500th anniversary of the Protestant Reformation.

Luther had touched off the Reformation on Oct. 31, 1517, when he nailed the 95 theses to the church door in Wittenberg, Germany. That document included 95 statements he wanted to debate within the Catholic church.

Most notably, the "Declaration on the Way" includes 32 "Statements of Agreement" where Lutherans and Catholics no longer have church-dividing differences on issues of church, ministry and the Eucharist. Those statements previously had been affirmed by the U. S. Conference of Catholic Bishops' Committee on Ecumenical and Interreligious Affairs.

It also lists remaining differences between the two churches and next steps on addressing them.

Eaton pointed to past agreements reached by the ELCA and Catholic church, as well, including 1999's "Joint Declaration on the Doctrine of Justification."

Last November, Pope Francis sparked controversy when he seemed to suggest a Lutheran could receive Communion in the Catholic Church, saying "life is greater than explanations and interpretations." The pontiff is scheduled to visit Sweden on Oct. 31 to preside at a joint service with Lutherans.

And the Vatican and the Lutheran World Federation released a joint document in 2013 titled “From Conflict to Communion” that focused on the progress made in Lutheran-Catholic dialogue in the past 50 years, rather than centuries of conflict.

The ELCA is one of the 10 largest Protestant denominations in the U.S. with more than 3.7 million members across the 50 states and the Caribbean region.