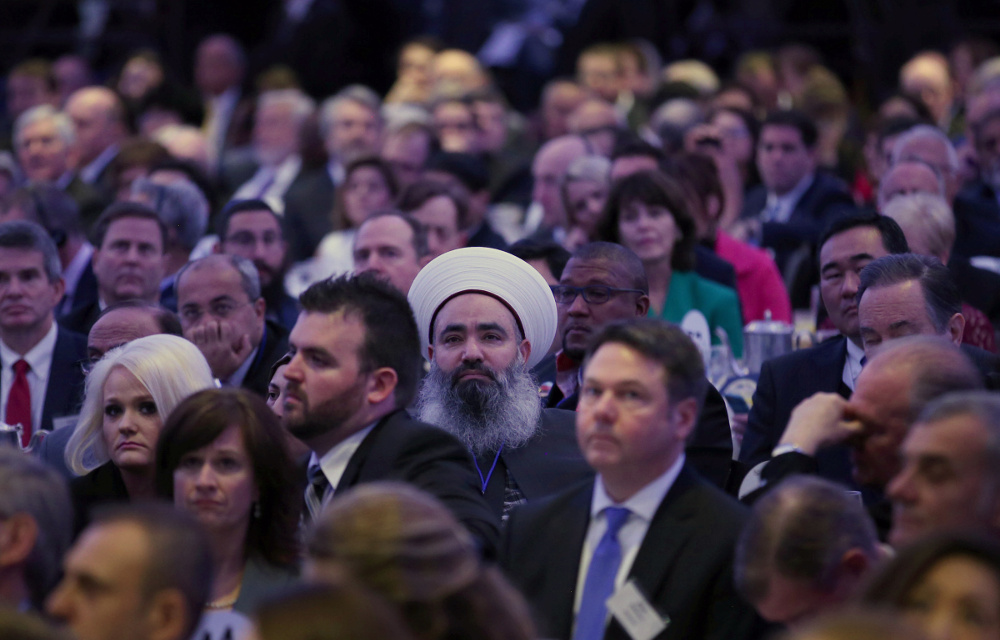 More than 4,000 religious leaders have signed a letter urging Congress to maintain the Johnson Amendment, a law barring pulpit politicking that President Donald Trump has vowed to gut.

“As a leader in my religious community, I am strongly opposed to any effort to repeal or weaken current law that protects houses of worship from becoming centers of partisan politics,” reads the letter faith leaders who support church-state separation plan to deliver to Congress on Wednesday Aug. 16.

“Changing the law would threaten the integrity and independence of houses of worship.”

The letter signed by a wide range of clergy and lay members — from Methodists to Muslims to those who hold metaphysical beliefs — was spearheaded by Americans United for Separation of Church and State and the Baptist Joint Committee for Religious Liberty.

Catholic, Jewish and Unitarian Universalist organizations also were among the sponsoring groups of the letter that has signers from Alabama to Wyoming.

Following up on a campaign promise, Trump vowed in a National Prayer Breakfast speech in February that he would “totally destroy the Johnson Amendment and allow our representatives of faith to speak freely and without fear.”

In a Rose Garden ceremony on the National Day of Prayer in May, he signed an executive order that asked the IRS not to enforce the amendment, which allows it to strip the nonprofit status from any tax-exempt organization that endorses a political candidate or participates in a political campaign.

In July, the House Appropriations Committee voted to keep language in a spending bill that would defund IRS efforts to enforce the amendment. The bill must be passed by the House and the Senate before it can be signed into law by the president.

Maggie Garrett, Americans United’s legislative director, said the letter-signing initiative started before the introduction of that language as religious leaders responded to the president’s vow to get rid of the law.

The letter notes that there is nothing in current law that bars faith leaders from supporting or opposing political candidates in their personal capacities.

“Faith leaders are called to speak truth to power, and we cannot do so if we are merely cogs in partisan political machines,” said the letter signers from all 50 states. “Particularly in today’s political climate, engaging in partisan politics and issuing endorsements would be highly divisive and have a detrimental impact on congregational unity and civil discourse.”