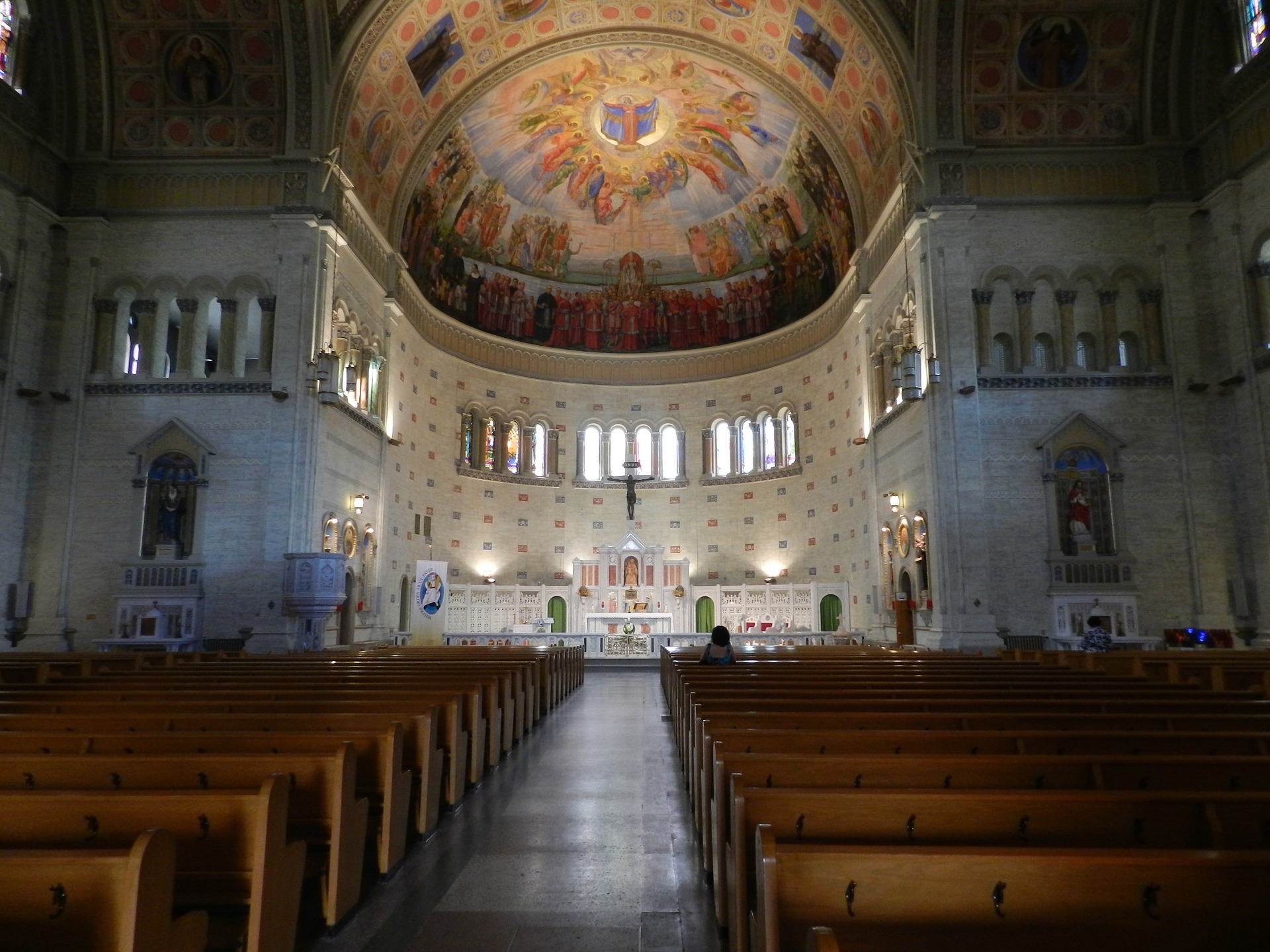 Sociologists call it the "Big Sort." Americans are increasingly choosing their own communities, clustering around like-minded people: liberals in coastal cities or college towns, Trump supporters in Southern red states and the middle of the country.

For better or worse, Catholics are not immune. Increasingly churchgoers are bypassing neighborhood parishes in favor of faith communities that deliver what they are seeking.

Catholic bishops are recognizing the phenomenon and are increasingly willing to designate "personal parishes," communities formally recognized by bishops for particular groups of Catholics versus traditional parishes which minister to Catholics in a geographic territory.

That’s the conclusion of sociologist Tricia Bruce, author of Parish and Place: Making Room for Diversity in the American Catholic Church (2017, Oxford University Press) and the forthcoming work she co-edited, American Parishes: Remaking Local Catholicism (Fordham University Press). Bruce, a professor at Maryville College in Tennessee, lives in Knoxville where she is a member of the Cathedral of the Most Sacred Heart of Jesus. She has studied a dozen parishes around the country recognized as personal parishes and written studies on Asian Catholics and polarization in the church.

Parishes, she said, remain "one of the few remaining brick and mortar institutions where people gather." The result is a "gold mine" for sociologists willing to dig into how community is lived.

As a result of the 1983 Code of Canon Law revisions, bishops are empowered to create "personal parishes," or intentional communities where Catholics gather, bypassing the territorial parishes where they live. The designation has been used to serve the cultural and language needs of Vietnamese and Korean Catholics and those who seek out the Latin Tridentine Mass (replaced by Mass in English in most U.S. parishes after the Second Vatican Council) and St. Cronan and Sts. Peter and Paul parishes in St. Louis, designated to mission among the urban poor.

The history of such communities has roots in the 19th and early 20th centuries, when national parishes were formed for European immigrants, specifically for Italians, Germans and Poles. In some dioceses, territorial parishes stood next door to ethnic churches.

Those ethnic parishes went out of favor in the 1920s as the U.S., in an anti-immigrant mood, created restrictive laws prohibiting mass immigration from many Catholic countries. The 1924 Immigration Act forbid almost all Asians from entering the country and restricted immigration from Italy and Eastern Europe, cutting off the flow of much Catholic and Jewish immigration.

An immigration law in 1965 established a new policy based upon family reunification and attracting skilled labor to the United States. That opened up a pathway for non-European groups, many of them Catholic, including Latinos and Filipinos. Later, Vietnamese immigrants came in large numbers after the defeat of South Vietnam in 1975.

Bruce, who grew up in St. Matthew's Parish in San Antonio, Texas — an Anglo and Latino bicultural community — noticed the trend in Dallas when she spotted a Vietnamese parish located a block from a non-ethnic Catholic church.

This parish was part of a larger pattern. Ethnic groups with relatively small numbers, such as Vietnamese and Koreans, petitioned bishops to establish parishes where their language and cultural traditions would be embraced. Bruce's studies indicate 13 separate language communities ministering to Asian and Pacific Islander immigrants in the U.S.

African Americans have also established personal parishes, assuring that the tradition of the Gospel Mass, for example, will survive pastors who may not have a sensitivity or understanding of their cultural traditions.

That has not happened in most cases for Latinos, said Bruce, largely because their sheer numbers have created bicultural territorial parishes that minister to both Anglos and Latin Americans or defacto Latino parishes located in largely Hispanic neighborhoods.

According to Bruce, Catholic parishes are more likely to be multicultural than Protestant congregations, yet most churches reflect the neighborhoods where they are located. That means reflecting the largely segregated residential patterns of American life. Parishes are overwhelmingly comprised of single-race communities, said Bruce. 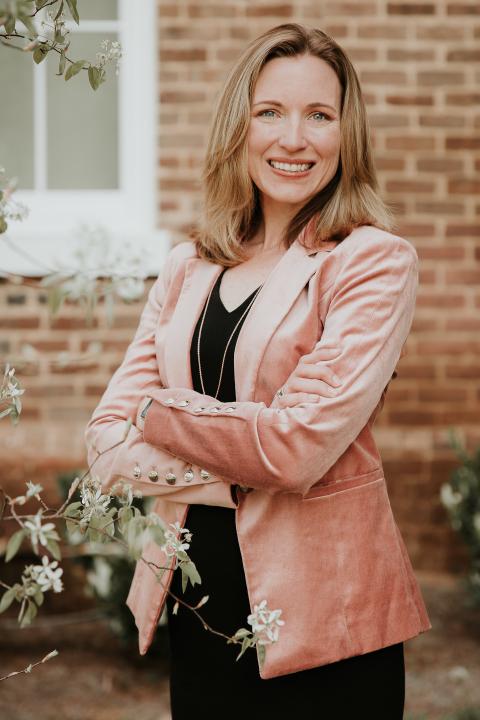 The growth of personal parishes has allowed dioceses to keep churches open that otherwise might close in urban neighborhoods which European Catholics abandoned.

Some of the parishes Bruce studied have ironic histories. St. Rocco's Parish in Avondale, Pennsylvania, outside of Philadelphia, was established as a personal parish by Cardinal Justin Rigali for Latinos who felt closed out of nearby Anglo-dominated parishes. That church is now thriving while its neighbors face closures and consolidation.

Some critics see the decline of the traditional territorial parish as an indicator that American Catholics have embraced the wider culture of the Big Sort, assuring that they will never share a pew with someone they may disagree with on cultural or political issues. In this framework, parish choice becomes another consumer item selected to assure personal comfort.

Bruce says that is a cultural tide that won't go away. "People tend to church shop and choose a parish where they feel at home," she said, noting that the growth of personal parishes is a way of dioceses to formally recognize this reality.

According to Bruce, the ideal of a territorial parish bringing together all kinds of groups is more realized in the breach than in reality. The segregation of American life prevents many diverse communities from forming. And minorities often feel shut out from the power structure of long-established parishes, where the pastor and paid staff reflect more established European communities.

According to Bruce, the ideal of a territorial parish bringing together all kinds of groups is more realized in the breach than in reality.

"The reality is that most parishes are not integrated," said Bruce, who noted that the concept of white privilege is very much alive in many parishes where new immigrants try to establish a foothold.

In one multicultural parish, Bruce noted, the ballots for the pastoral council were distributed at a Korean Mass. They were done in English, perhaps indicating little interest in incorporating the Korean community into the pastoral leadership. Often neighborhoods will undergo a growth in Latino population, but the local parish is slow to recognize and welcome the change. In subtle and not-so subtle ways, minorities are largely shut out from parish leadership roles in territorial parishes, she said, creating a clamor for the development of ethnic communities.

Personal parishes formally recognized by bishops have tended to serve ethnic communities and traditionalist Catholics who long for the Tridentine Latin Mass. Often the Tridentine Rite parishes are situated in older urban churches with striking architecture yet few local parishioners. These parish designations often increase contributions and create larger communities, even when Mass-goers need to drive an hour or so to get there.

There are limits to the personal parish designation. Many dioceses have parishes that are known informally as friendly to the LGBT community. But there are no formally-designated LGBT parishes.

Sociologically speaking, Bruce noted that healthy communities both create bridges to the outer world as well as bonds among like-minded people. Often communities are created online, with people reaching beyond their neighborhoods to locate groups where they connect over a hobby, interest or political views.

Bruce noted that bishops who recognize personal parishes are formally ratifying what is already happening in the wider culture. While some may describe it as part of the "Big Sort," creating divisions and silo communities, others see it as an avenue for Catholics to connect with their faith in a way that is meaningful to them. In such cases, personal choice trumps the neighborhood parish concept.