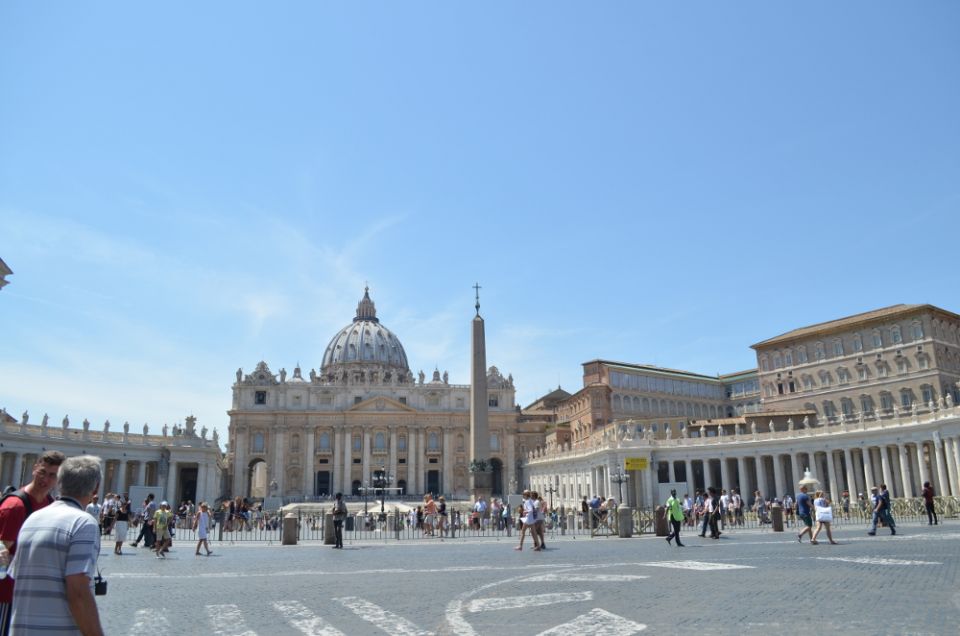 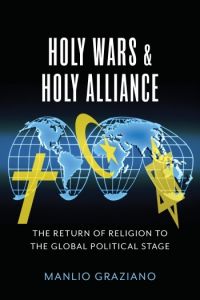 A notion popular after the 2016 election was that liberals on the two coasts — people like me — had been living in a "bubble." We were clueless about the lives of Trump voters.

I was skeptical about this. I have relatives and friends who voted for Trump. Yet I am also still astounded by the outcome of the election and events since then. And now Manlio Graziano's Holy Wars & Holy Alliance has me wondering whether a lot of educated, progressive, post-Vatican II American Catholics are living in another bubble, too.

Graziano is a scholar of the "geopolitics of religion" who teaches at the Sorbonne. In this book, he is not making a theological argument but, rather, is analyzing factors that affect political developments. Religion is one of them.

Graziano's thesis is that in the face of the economic decline of nation-states since the 1970s, world religions have become increasingly influential players on the global political stage. He argues that the Roman Catholic Church, because of some of its unique characteristics, is taking the lead in this geopolitical resurgence of religion.

Graziano begins by delineating the process of secularization, from the Reformation to the triumph of the nation-state after World War II, all of which was rooted in capitalist economic growth. But when that growth ground to a halt in the 1970s, so did the security that had rendered religion unnecessary. People began shifting their faith back to that earlier source of security.

Some of the resacralization of politics took place in the Middle East and Asia — the Islamicization of Indonesia after Sukarno; of Egypt under Anwar Sadat; and, perhaps most significantly, the 1979 Iranian Revolution.

But Graziano also highlights a resacralization much closer to home: "the Catholicization of modernity" after the 1978 election of Pope John Paul II.

Accompanying this return of religion was the fighting of religious wars. Graziano's understanding of such wars does not, however, dovetail with Samuel Huntington's thesis about the "clash of civilizations." For Huntington, an unambiguous division exists between "the West" and the Islamic religion that is the source of holy wars. Graziano shows that no clear Western identity/civilization, as well as no clear Muslim identity/civilization, ever existed. It was only after 9/11 that Islamic "holy wars" emerged as the clear, unifying enemy of "the West."

But all religions have been used to justify violence. Terrorist acts by individuals affiliated with Islam are expressions of political and economic desperation, not of Islam. Likewise, the war between "the West" and Islam is the projection of Euro-American rage at the decline of its world dominance since the 1970s.

Recent international efforts to reverse the so-called "clash of civilizations" have failed. Graziano identifies a number of reasons why: Governmental commitments shift over time; Muslims and Hindus lack any centralized authority; Protestant churches have too many authorities, while each Orthodox Christian body is a national entity.

According to Graziano, only the Roman Catholic Church, because of its size, its centralized structure and its centuries of experience, is able to bring together such an alliance of world civilizations. The church is a complex of opposites that uniquely positions it to lead such an alliance. Graziano cites, for example, the Vatican's neutrality during World War I even as it allowed national bishops to support their own side in the struggle, and the Second Vatican Council's ecumenical and interfaith outreach.

Graziano also links the church's global leadership to its teaching of a "universal moral law" as an alternative to the seemingly irresolvable contradictions of capitalist society — an ethic of duty over individualism and moral relativism. Graziano's discussion of this universal moral law will be especially troubling for many NCR readers, highlighting as it does differences between progressive Euro-Americans and cultural communities in the Global South that object, for example, to homosexuality. Yet he is also correct to suggest that the imposition of Northern cultural values on such communities smacks of colonization. 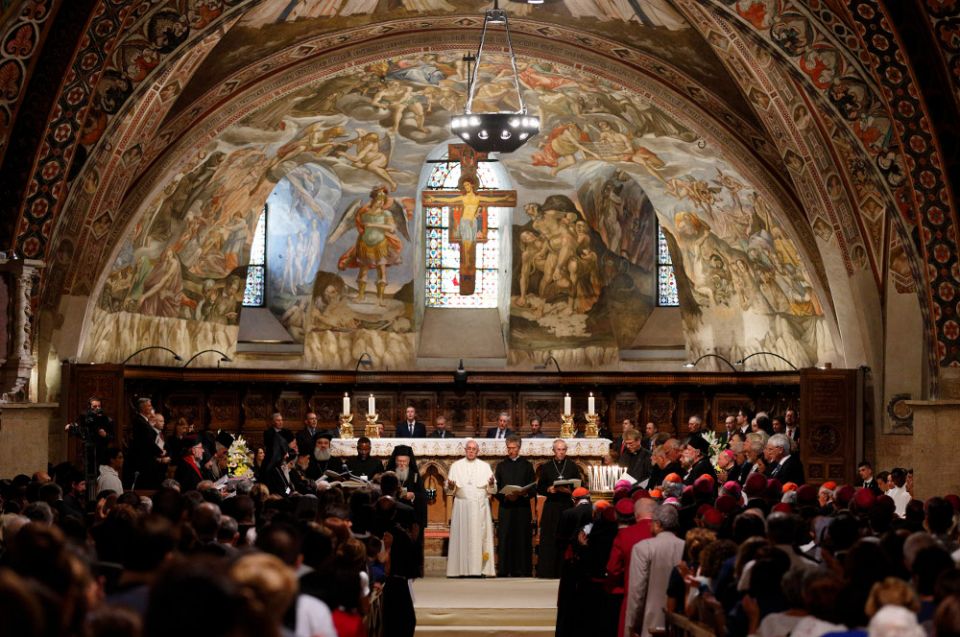 Pope Francis presides at an ecumenical prayer service with religious leaders in the Basilica of St. Francis in Assisi, Italy, Sept. 20, 2016. The pope and other religious leaders participated in the service that marked the 30th anniversary of St. John Paul II's Assisi interfaith peace gathering. (CNS/Paul Haring)

Graziano does not deny that the institutional church's turn to a "universal moral law" is rooted in its belief that God's law must override that of humans. Yet he also argues that religion offers a kind of stability in an era of increasing instability and change. (I am reminded here of the Vatican conference on nuclear disarmament in November, and Pope Francis' speaking out against the U.S. recognition of Jerusalem as Israel's capital in December.)

Graziano sees the church's strategy under Francis as still based in an ethic of duty, but a joyful duty that beckons the whole world.

It's tempting to dismiss the very idea of a "holy alliance" led by the Catholic Church. Just last August, Global Pulse editor Robert Mickens predicted unequivocally the coming implosion of the Catholic Church over conflicts between Francis and his conservative adversaries. And researchers continue to document the rise in the number of "nones" — people who do not identify with any religious group — in the U.S.

But Graziano also documents that between 1978 and 2014, the number of Catholic seminarians in the world nearly doubled, the number of priests went up by 3 percent, and the number of permanent deacons increased almost sixfold. He also cites the growing importance of Catholic schools, hospitals and social services in the face of diminishing state-support.

Equally noteworthy is the treatment of the church by the mainstream media, such as descriptions of Francis as the "global moral compass," and regular reporting on Vatican conferences. Even media criticism — for example, the endless discussion of Francis' not using the word Rohingya in Myanmar — suggests global significance.

Of course, for many of us, the idea of the Catholic Church as the leader of a "holy alliance" that could save the world will remain inconceivable. But if that bubble of absolute certainty were to burst, it wouldn't be the only one to have exploded before our eyes recently.

[Marian Ronan is research professor of Catholic studies at New York Theological Seminary in New York City. Her seventh book, Women of Vision: Sixteen Founders of the International Grail Movement, co-authored with Mary O'Brien, was published by the Apocryphile Press.]

Pray for one, pray for all, pope says at general audience

What difference would women deacons make?