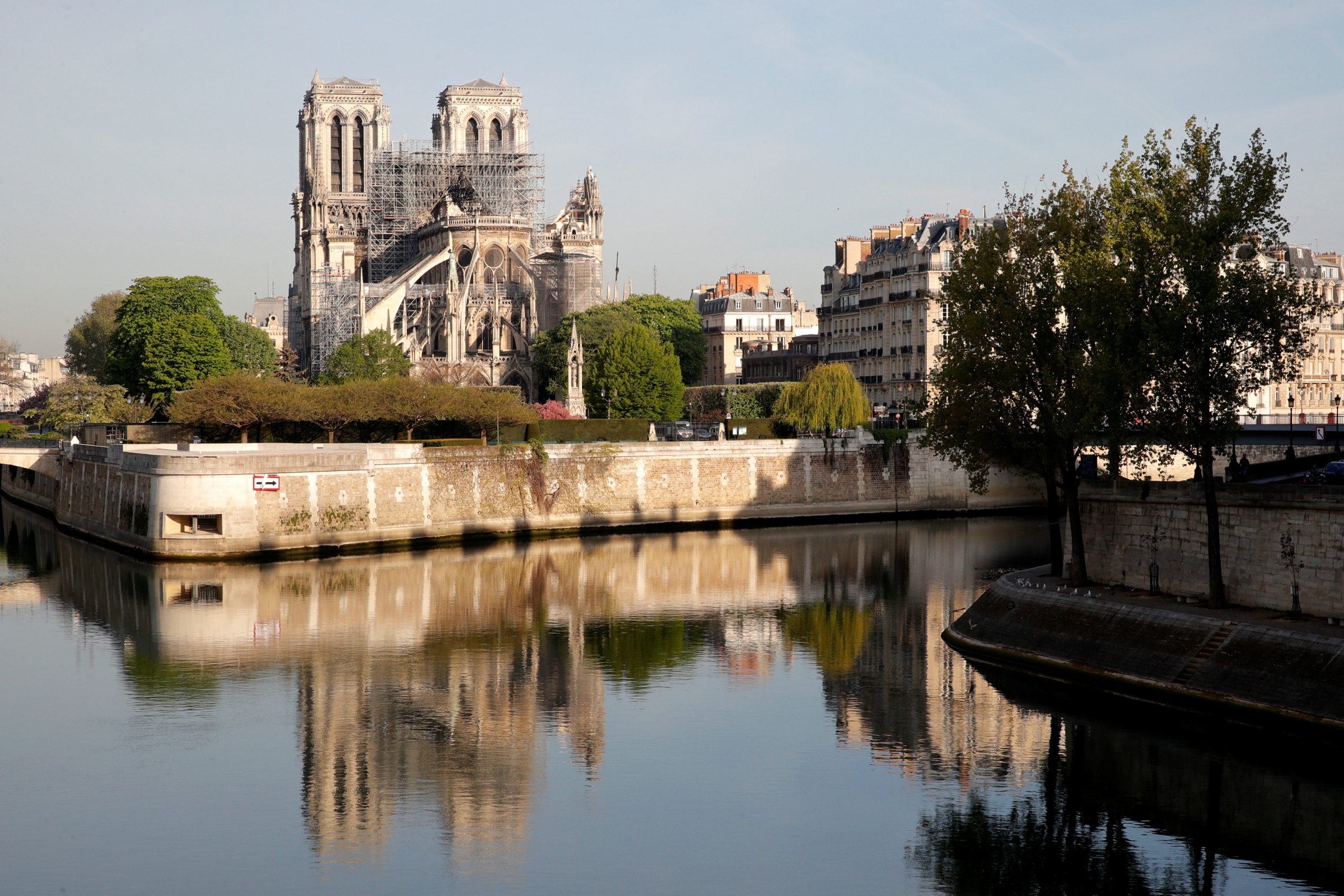 Notre Dame Cathedral is reflected in the River Seine after the 2019 fire that devastated large parts of the Gothic structure in Paris. (CNS photo/Philippe Wojazer, Reuters)

ROME — Pope Francis has named Archbishop Laurent Ulrich of Lille as the new head of the Paris Archdiocese, less than five months after his predecessor resigned under fire following a questionable relationship with a woman.

The appointment was published in the Vatican's daily bulletin on April 26.

Ulrich has led the northern French diocese of Lille since February 2008 and has been a past vice-president of France's Catholic bishops. The 70-year-old archbishop has been known to be an vocal advocate for migrants, one of France's most contentious political issues, and has spoken openly about the church's failings on clergy sex abuse.

In a 2015 interview ahead of French regional elections, Ulrich said that while the church does not endorse any political party, it was necessary to reject the "hate speech" and "aggressive vindictiveness" being used by the far-right National Front party to demonize migrants.

"One cannot be Catholic, that is to say universal, and xenophobic," he said at the time.

On the question of clerical sex abuse, in an October 2021 interview, he pointed to clericalism as a root cause of the crisis, saying "part of the abuses observed comes from the fact that in the church, there were only priests to assume all the power and all the authority."

In addition to a deeply divided country, the French Catholic Church continues to reel from an October 2021 report into the church's handling of abuse cases. The report found an estimated 330,000 children were victims of abuse over the past 70 years at the hands of some 3,000 priests and other people involved in the church.

In Paris, Ulrich will take over for Archbishop Michel Aupetit, who led the archdiocese from 2018-2021.

A former medical doctor, Aupetit was appointed to Paris in 2018 after serving as an auxiliary bishop of Paris from 2013 to 2014. In 2014, he was appointed by Pope Francis as the bishop of the Paris suburb of Nanterre, a post he held until being tapped to lead France's capital city.

During his relatively brief tenure, the archbishop was forced into public view with regularity following the 2019 fire that nearly destroyed the city's iconic Notre Dame Cathedral.

Inside the Paris Archdiocese, however, his leadership was called into question, following two resignations of vicar generals within a four-month span.

Following French media reports in November 2021 that he had engaged in a questionable relationship with a woman dating back to 2012 when he was vicar general of the Paris Archdiocese, he offered his resignation to Pope Francis, which was accepted on Dec. 2.

Throughout the ordeal, Aupetit insisted that he had not engaged in any sexual conduct with the woman in question, and the pope defended the embattled archbishop by saying said he had not accepted the resignation "on the altar of truth, but on the altar of hypocrisy."

"When the gossip grows," the pope said at the time, "it destroys a person's reputation. He will no longer be able to rule."

Ulrich will be installed as Paris' new archbishop on May 23 at the Church of Saint-Sulpice.