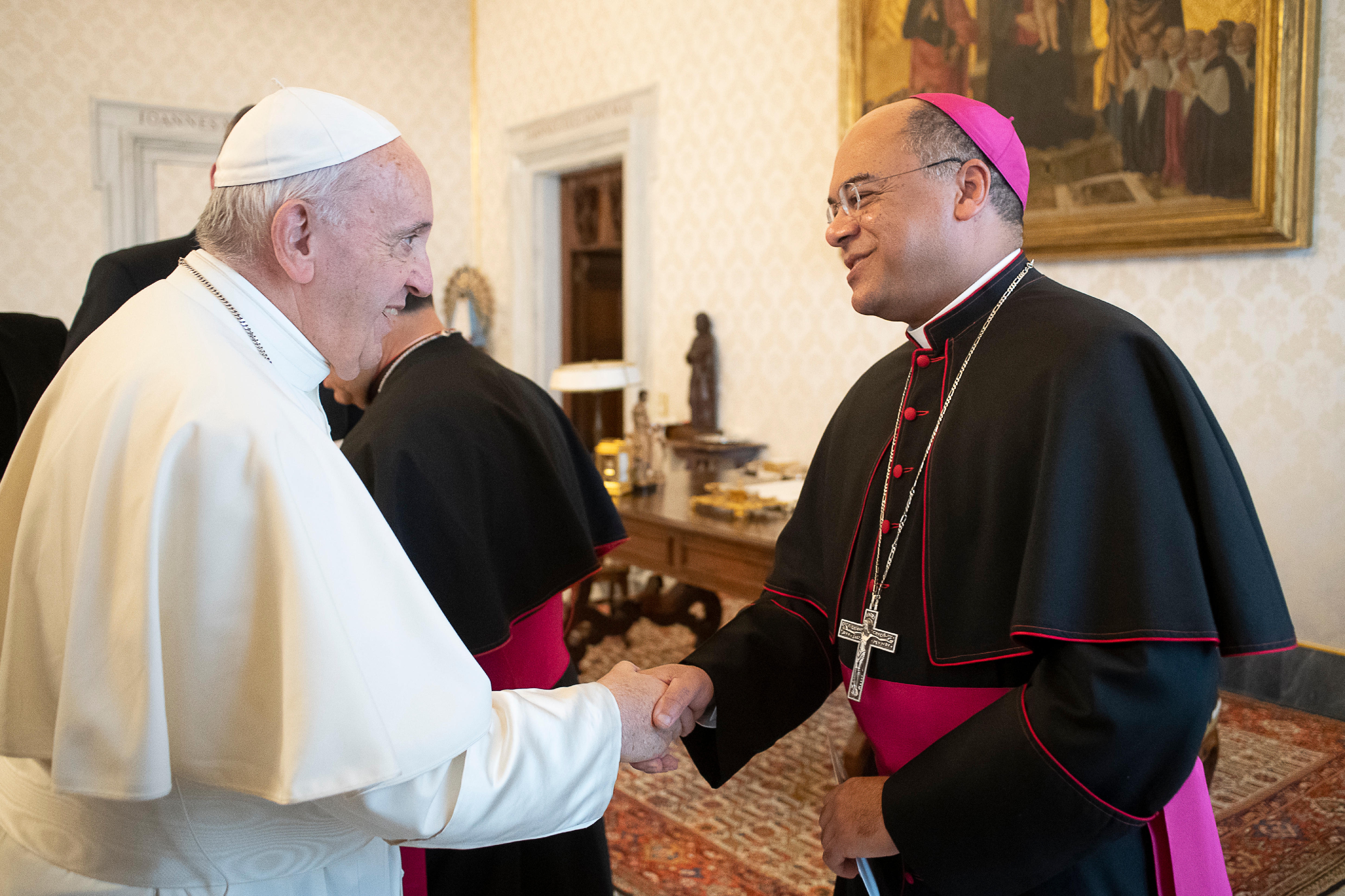 ROME — Pope Francis has tapped Bishop Shelton Fabre as the new archbishop of Louisville, Kentucky, where he will become only the second African American archbishop in the current U.S. Catholic hierarchy.

Fabre, 58, will succeed Archbishop Joseph Kurtz who submitted his resignation to Pope Francis in August after turning 75, the traditional retirement age for Catholic bishops. The announcement was made in the Vatican's daily bulletin on Feb 8.

In 2013, Fabre was appointed as bishop of the Diocese of Houma-Thibodaux in Louisiana after serving as an auxiliary bishop for the Archdiocese of New Orleans since 2006.

A native of Louisiana, he was ordained a priest of the Baton Rouge Diocese in 1989 after receiving both bachelor's and master's degrees in religious studies from the Catholic University of Leuven in Belgium.

In 2018, Fabre was appointed as chairman of the U.S. bishops' Ad Hoc Committee Against Racism, which in 2019, released "Open Wide Our Hearts: The Enduring Call to Love." The pastoral letter was the first major text issued by the American bishops on racism in 40 years.

In his capacity as chairman, Fabre has engaged in a number of listening sessions around the country for Catholics to express their personal experiences with racism and its effects. Following the death of George Floyd, an unarmed Black man killed by a police officer in May 2020, Fabre said it was the "latest wake-up call" of the systemic injustices faced by racial minorities in the United States.

"We are broken hearted, sickened and outraged to watch another video of an African American man being killed before our very eyes," he said. "Racism is not a thing of the past or simply a throw away political issue bandied about when convenient. It is a real and present danger that must be met head on."

In 2020, the Catholic social justice organization Call to Action gave Fabre high marks as a part of its anti-racism scorecards initiative.

In Louisville, he will lead an archdiocese of an estimated 200,000 Catholics, which has been headed by Kurtz since 2007.

Kurtz, who is a former bishop of Knoxville, Tennessee, served as president of the U.S. bishops' conference from 2013 to 2016.