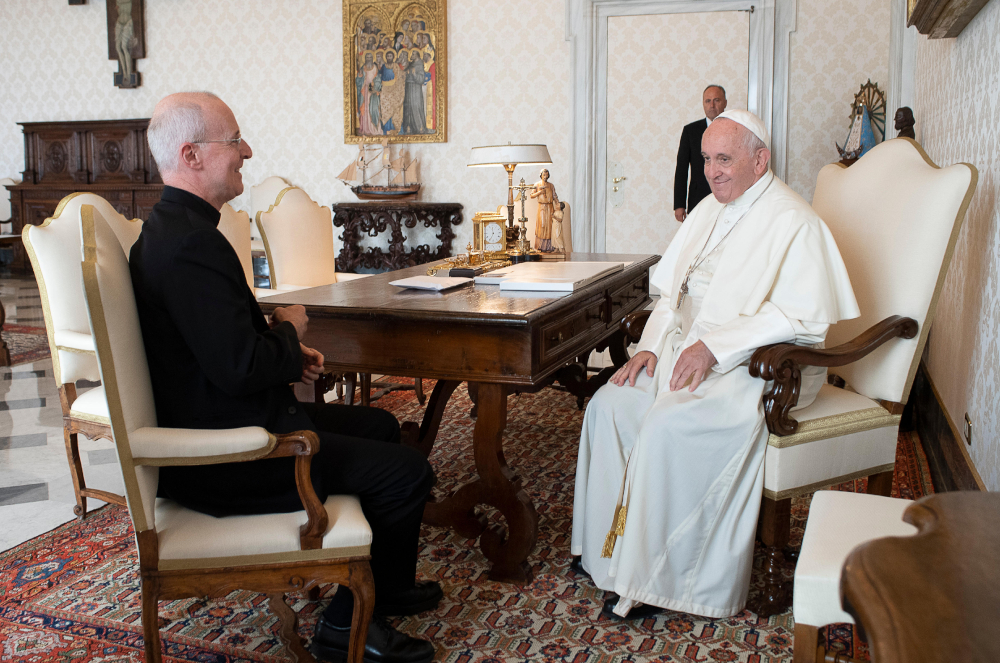 Two years ago yesterday, Sept. 30, I met with Pope Francis at the Vatican to speak about my work with LGBTQ Catholics. During that meeting, the Holy Father asked me to continue my ministry "in peace." This was one of many steps that Francis has taken in reaching out to LGBTQ Catholics. But often people overlook the small steps Francis has taken in this area, which, taken together, add up to a sea change for the Catholic Church.

As I tweeted yesterday, I see 11 important steps Francis has taken since his election as pope in 2012. Let's look at them chronologically.

Taken together, we can see how Francis's approach to LGBTQ people is one of pastoral accompaniment, moving slowly, with certain limits, avoiding the dramatic statements that some people may crave. His focus has always been on the pastoral care of individuals, defending them against violence and supporting those who minister with them, in ways that would have not been countenanced by his predecessors.

Since his election in 2013, Francis has demonstrated himself to be a pastor to LGBTQ Catholics and their families.