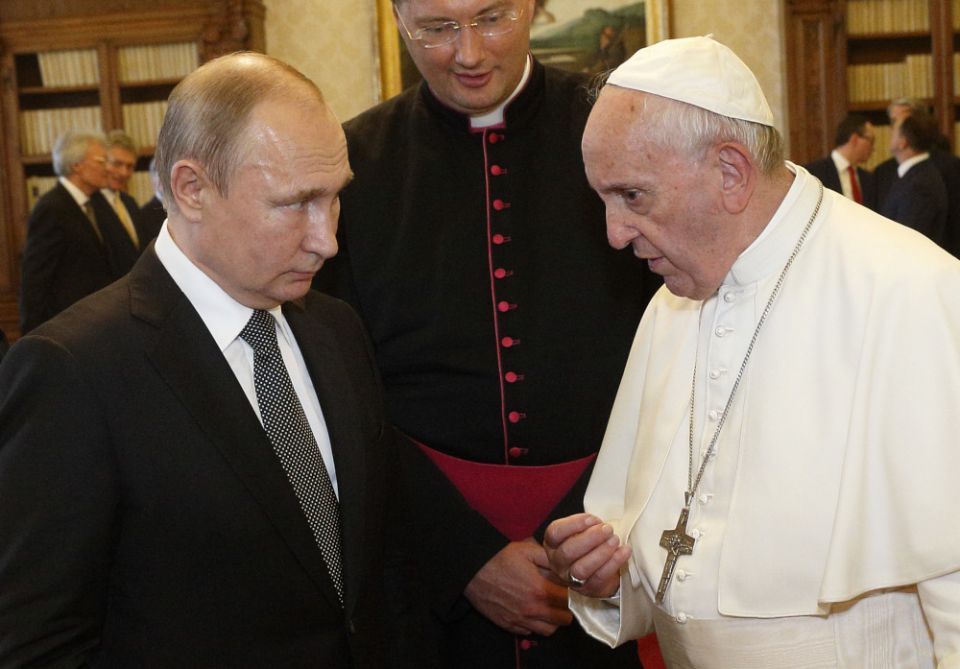 ROME — Pope Francis left the Vatican on Feb. 25 to pay a visit to the Russian Embassy to the Holy See where he expressed his concerns over the country's war against Ukraine.

The Vatican's press office did not provide a read-out of the meeting or note who was present, but said the pope stayed for just over 30 minutes.

Francis' visit to the Russian Embassy to the Holy See on Rome's iconic Via della Conciliazione comes one day after the Vatican's secretary of state warned of the potential for international destabilization, while maintaining "there is still time for goodwill, there is still room for negotiation."

Cardinal Pietro Parolin, the Vatican's top diplomat, said in his Feb. 24 video statement that he hoped those who hold the destiny of the world in their hands will have a “glimmer of conscience."

"This appeal acquires a dramatic urgency after the beginning of Russian military operations in Ukrainian territory," said the Italian cardinal in his video. "The tragic scenarios that everyone feared are unfortunately becoming reality."

Despite relentless appeals for peace from the Vatican and other world leaders, by midday on Feb. 25, Russian troops had entered the Ukrainian capital of Kyiv, vowing to take over the government.

Thinking straight about Israel, the Jews and the Archbishop