Reforming the Vatican Curia: Never easy, and never over 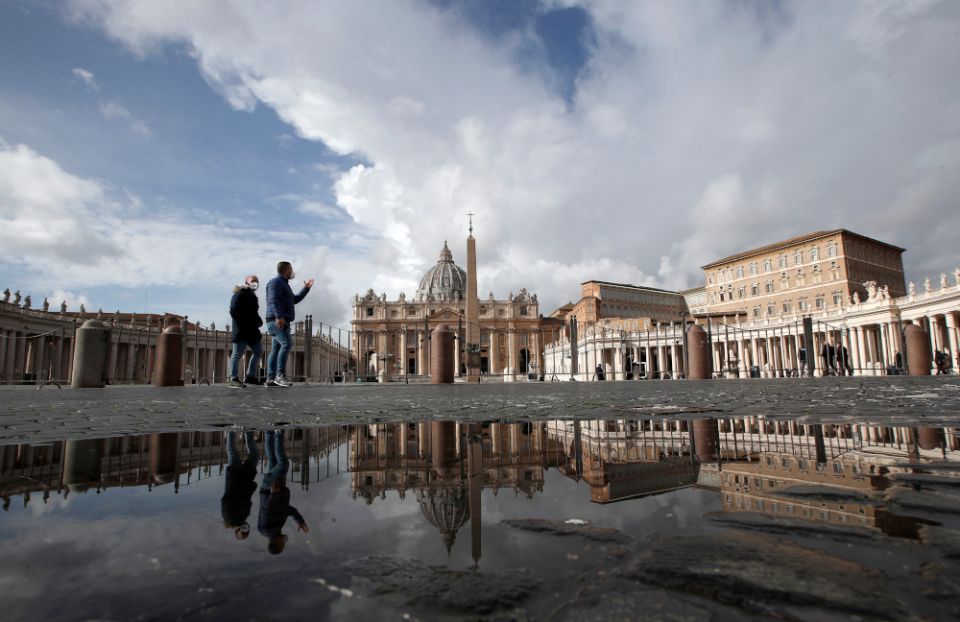 People are reflected in a puddle as they walk in St. Peter's Square, Jan. 31, 2021. (AP Photo/File/Alessandra Tarantino)

A new papal document reforming the Curia — the Vatican bureaucracy, mostly composed of priests and bishops — will soon be published. I'm sure Pope Francis’ heart is in the right place, but I expect to be disappointed.

Attempts to reform the Curia have been going on since the Second Vatican Council of the 1960s, each announced with great fanfare, but the effects were only incremental. There is no reason to expect anything better this time.

The most significant reforms occurred immediately after Vatican II, when Pope Paul VI expanded the College of Cardinals, limited papal electors to cardinals under 80 years of age, required Vatican officials to submit their resignations at 75 and began to internationalize the Curia by recruiting non-Italians.

The reforms under John Paul II were insignificant. Benedict gets credit for submitting the Vatican finances to Moneyval supervision and reforming the Vatican bank.

So far, Francis has focused on merging departments. More importantly, he has attempted to change the culture of the Vatican by a frontal attack on clericalism, the idea that priests and bishops are better than anyone else. Despite his desire for financial reform, financial scandals continue to surface.

All these reforms met with opposition. No pope makes friends reforming the Curia.

Paul VI was criticized for overturning centuries of tradition. Today, he would be accused of ageism. Benedict was criticized for allowing outsiders to review Vatican actions. He was also criticized for spending millions on forensic accountants in cleaning up the Vatican bank. And Francis’ attacks on clericalism have been portrayed as disrespectful of his collaborators.

What can we learn from these past attempts at reform?

First, no one document, no one effort, will ever completely reform the Curia. Like the church, it must be “semper reformanda” — always reforming. Enshrining curial reform in a document called a “constitution” gives the false impression of permanence. Structures should be open to constant change to meet the needs of the church.

Second, although trying to save money is a laudable goal, reform is not always cheap. Yes, it cost millions to clean up the Vatican bank, but Benedict achieved what no one thought possible.

But it was only a beginning. Other financial offices in the Curia must also be cleaned up, especially those controlling purchases, investments and real estate.

The Vatican does not even have adequate records of its real estate properties in Rome — where are they, who lives in them, and what is the rent? (Solving these mysteries could help offset the cost of reform: If the Vatican charged market rents, it might get closer to balancing its budget.)

Third, one could argue that the biggest weakness of the Vatican, and the church in general, is a lack of expertise in human resources. Without a good HR department, large organizations get into constant trouble.

This can be seen in the church, where clerical administrators constantly waffle between being paternalistic and authoritarian. Good HR involves recruiting, screening, hiring, training, supervising, rewarding and, if necessary, terminating employees. The church is not good at any of this. Francis in particular is not fond of firing anyone.

Francis is facing a revolt from Vatican employees who feel that they are bearing the burden of the Vatican’s financial problems. They want him to get rid of the top-salaried Vatican employees and high-paid consultants. If you want a winning team, however, you must pay for a good coach, even if he is paid more than any university professor.

In addition, if employee conditions are so bad in the Vatican, why is it that practically no Vatican employee leaves for a job elsewhere? Why are there hundreds of Italians trying to get a job in the Vatican?

My guess is that better communications and a good HR office would go a long way in improving employee morale.

Fourth, Francis’ greatest insight is his recognition of the need to change the culture of the Curia. His attacks on clericalism appear to have been at least partly successful. Clerics have adopted simpler dress. Curial officials are doing more listening when they meet with bishops from around the world. Whether this is the result of a true conversion or a desire for advancement is uncertain, but the effect is visible.

Fifth, to reform the Curia, you must replace some of the people. Paul VI recognized that when he imposed mandatory resignations at 75 years of age. But waiting until a problem cardinal reaches retirement age is not an efficient way to run the Curia. Early in his pontificate, Francis removed Cardinal Raymond Burke from a position of authority, but conservative blowback was fierce. A pope should be able to send home any cleric who is not on board with his agenda.

Only recently has Francis terminated another cardinal, Angelo Becciu, who was involved in a London real estate scandal. Even this firing was problematic because no real explanation was given. So far, no Vatican cardinal or archbishop has been publicly held accountable for any Vatican scandal.

It would be simpler to replace high-ranking Vatican officials if they were not cardinals or archbishops. Like princes and nobles, cardinals and archbishops are appointed for life. Demoting them is unthinkable. They must be found another position in the Vatican or be made head of a large archdiocese in their home country. This is why we had until recently a liturgical reactionary, Cardinal Robert Sarah, as head of the Congregation for Divine Worship. Francis closed his first office and had to find him another.

This is the fatal flaw in human resource management in the Vatican. Every experienced CEO knows that it can take two or three tries before you find the right person for the job. If congregation prefects and secretaries continue to be cardinals and archbishops, popes will be stuck with people who do not fit.

I hope I am wrong, but I do not expect Francis’ reform of the Curia to be any more successful than earlier reforms. It will move the ball forward, but the game is not won.

Column | Reforming the Vatican Curia: Never easy, and never over

Francis: No one is ever thrown away or discarded by God

Cultural colonization blasphemes God by trying to alter his creation

Condemned by pope, witchcraft a reality in Africa