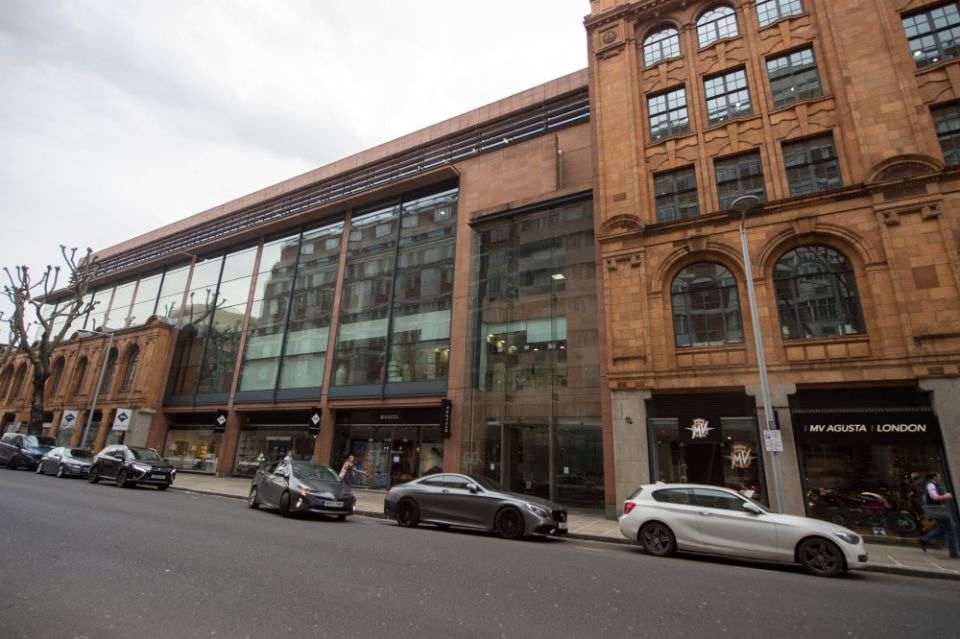 The Vatican announced July 1, 2022, it has completed the sale of a London property -- seen in this 2012 photo -- that is at the center of a Vatican trial for 10 people, including Cardinal Angelo Becciu, accused of financial malfeasance. (CNS photo/courtesy Marcin Mazur)

Rome — The Vatican said July 1 it had finalized the sale of a London property that is the focus of a criminal trial in the Vatican courts, offloading the former Harrods warehouse for 186 million pounds ($223 million).

The Vatican secretariat of state had poured some 350 million euros into the building and related fees and commissions paid to brokers — losses that are at the heart of the accusations of fraud, embezzlement and extortion against 10 people on trial.

The Vatican said it sold the warehouse on 60 Sloane Ave. in Chelsea to Bain Capital, the Boston-based private investment firm co-founded by Republican U.S. Senator Mitt Romney, after a bidding process that involved 16 preliminary offers and relied on the expertise of property advisers Savills.

The scandal over the London property has convulsed the Vatican for three years and prompted Pope Francis to strip the secretariat of state of its 600-million-euro asset portfolio, which had essentially operated as a sovereign wealth fund not answerable to rigorous internal or external controls.

Trial testimony has shown that the office's investment decisions were essentially made by one man, Msgr. Alberto Perlasca, and confirmed by his boss, the No. 2 in the secretariat of state, with minimal outside financial expertise or advice.

Perlasca had initially been the leading suspect in the investigation, but flipped and began cooperating with prosecutors. He is now a leading witness for the prosecution and was granted the status of an injured party in the case, able to recover damages in the event of convictions.

The secretariat of state's money is now managed by another Vatican office, APSA, which is under the authority of an economy ministry that oversaw the sale of the property after Francis decided to sell the building given the reputational and financial harm the deal had caused the Holy See.

In a statement July 1, the Vatican said the losses incurred in the deal — which prosecutors have estimated topped 200 million euros overall — had been absorbed by the secretariat of state's reserve funds. It stressed that the losses didn't hit the so-called "Peter's Pence" fund that collects annual donations from the faithful for the pope's works of charity and to help run the Holy See bureaucracy.