'Who knows' atmosphere in Rome as events canceled during coronavirus scare 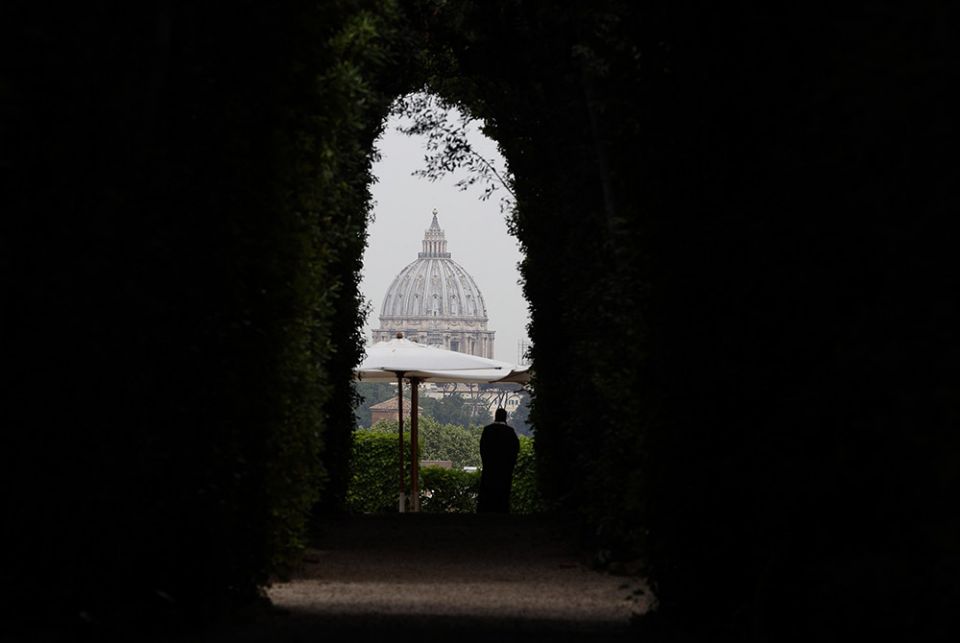 The dome of St. Peter's Basilica at the Vatican is seen from the Aventine Hill in Rome May 2, 2018. Due to the spread of coronavirus, U.S. Catholic colleges and universities have canceled international programs and trips. (CNS photo/Paul Haring)

Rome — Springtime is usually one of Rome's busiest tourist seasons, with visitors coming to experience the Vatican's flower-filled Easter season splendor or to see the historic sites before the arrival of summer's oppressive heat.

It's also when the city's seven pontifical universities host many of their major conferences for the year, taking advantage of the travel season to bring in outside experts and explore a diverse range of subjects before the Italian academic year closes in late July.

But this year, Italy's coronavirus scare has changed all that. Although the vast majority of the country's some 2,700 reported cases have occurred in regions half-a-day's drive north of Rome, a bevy of scheduled conferences are being postponed or just canceled, and many tourists are changing plans at the last minute.

Around the Vatican, there's been a notable emptying. Foot traffic on the Via della Conciliazone, the main street going into St. Peter's Square, is maybe a quarter of its usual volume. And with many Vatican officials away March 1-6 for a Lenten spiritual retreat, which the pope had to miss due to a cold, the buildings feel much the same.

Most dramatic has been the disappearance of hundreds of U.S. Catholic college students, recalled home after the Centers for Disease Control and Prevention issued a level 3 "avoid nonessential travel" warning for all of Italy on Feb. 28. The northern regions are subject to a starker level 4 "do not travel" advisory.

At least nine Catholic institutions have ended their programs since the CDC warnings. The University of Notre Dame told most of their students on a Friday that they would be taking flights that Sunday.

Some other students spent their last night at a bar near the famed Piazza Navona that caters to U.S. clientele, wondering whether to sign a waiver that would let them stay but would also obligate them to find their own new housing arrangements. (A few drinks later, they dejectedly decided to take the flight home.)

Despite the emptying, life here continues, mostly. The Vatican museums are open, as is St. Peter's Basilica, although the lines are much shorter than usual. But the Pontifical Commission for Sacred Archaeology has closed all the country's various catacombs, citing concern that the humid underground conditions would favor spread of the virus. 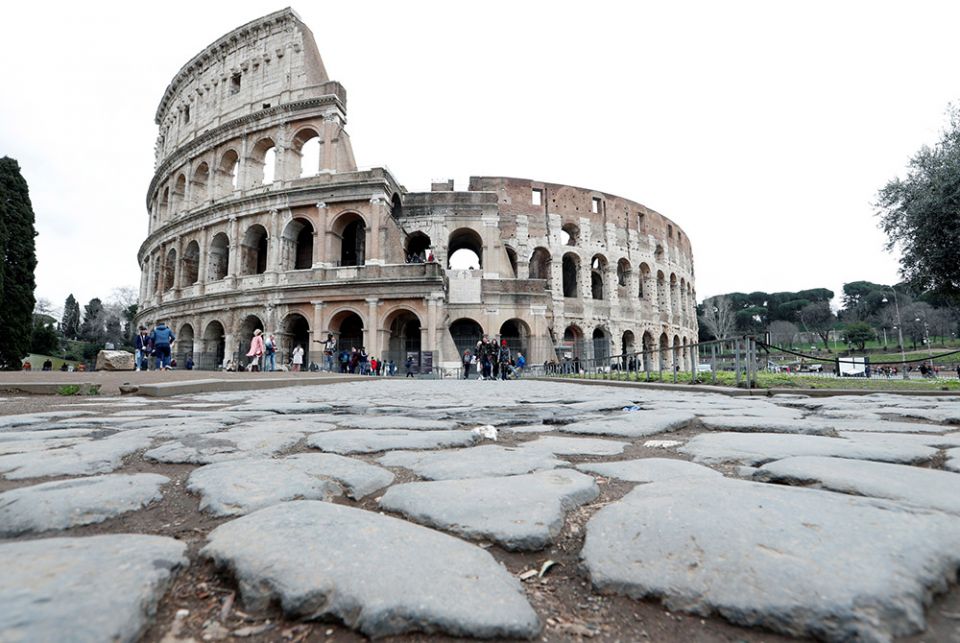 Very few people are seen in the area surrounding the Colosseum, which would usually be full of tourists, in Rome, March 2, 2020. Italy's tourism industry has been affected by a coronavirus outbreak, with hotels reporting mass cancellations even in cities with few or no cases of the virus. (CNS/Remo Casilli, Reuters)

Among the other cancellations:

An event for theologians on the impact of the clergy sexual abuse crisis, scheduled for March 11-14 at the Gregorian, has also been postponed.*

The big question now appears to be how long this will go on, and if conferences and other events scheduled further out in the year will begin to be canceled. A lot seems to depend on whether there is an increase in the numbers of people in Rome testing positive for the virus.

The Italian government is releasing updated figures of infection in the country's 20 regions each day at 6 pm. As of March 4, there are only 30 reported cases in Lazio, Rome’s wider region, out of a total of 2,706 cases countrywide. But the fear is that the virus' lengthy incubation period could be hiding a spate of future cases.

My mind wanders to the response the students at the bar near Piazza Navona got from the establishment's owner when they asked what he thought would happen next. He used Italians' favorite, all-purpose one-syllable shrug of a response: "Boh." Who knows?

*This event was postponed after publication of this article. The story has been updated with news of the postponement.

Climbers exist inside the church, too, pope says