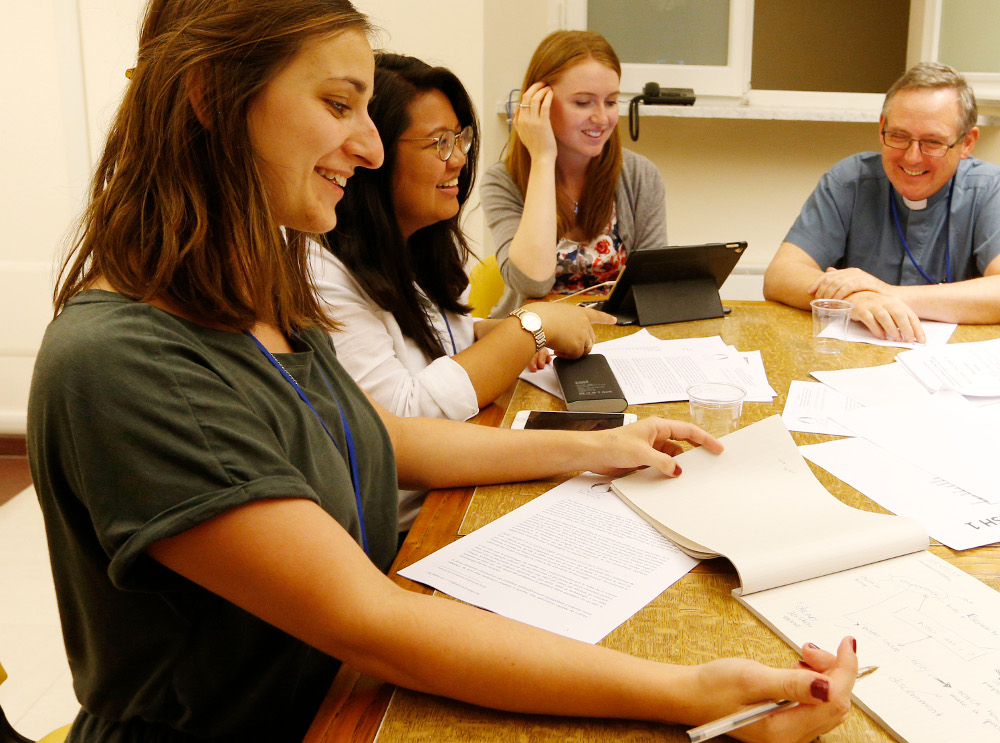 Silvia Bohl, left, participates in a small group discussion during a Vatican-sponsored seminar about the concerns of young people at the Jesuit headquarters in Rome Sept. 13, 2017. The seminar was part of the preparatory process for the 2018 Synod of Bishops on "young people, faith and vocational discernment." (CNS/Paul Haring)

Some 300 young people from around the world will come to the Vatican in late March for a weeklong conference meant to prepare the way for an October Synod of Bishops on issues facing youth today.

Several of the delegates to the March 19-24 meeting say they want to discuss specifically why so many young people raised Catholic are deciding to leave the faith as they grow older.

"I really want to discuss how we can fix this problem of so many people from my generation leaving the church," Katie Prejean-McGrady, one of the U.S. delegates to the meeting, said in an interview.

"We as a church really need to address how to get those millennials back in the door, because our generation is so influential in other places," said Prejean-McGrady, a former Catholic-school teacher who is now a popular conference and mission speaker. "Can you imagine if we had the power of the millennial generation within the church?"

The March meeting of young people is being held in advance of the Oct. 3-28 Synod of Bishops, which is carrying the theme "young people, the faith and vocational discernment."

Cardinal Lorenzo Baldisseri, head of the Vatican's synod office, said during a February briefing that the preliminary meeting is meant to help the bishops direct their preparations for the synod. He said the conference is meant to help the prelates learn to speak "with" young people instead of "about" them.

Prejean-McGrady, from Louisiana, is one of three delegates chosen by the U.S. bishops to attend the March event. Another is LaSallian Christian Br. Javier Hansen, a religion teacher at Cathedral High School in El Paso, Texas. 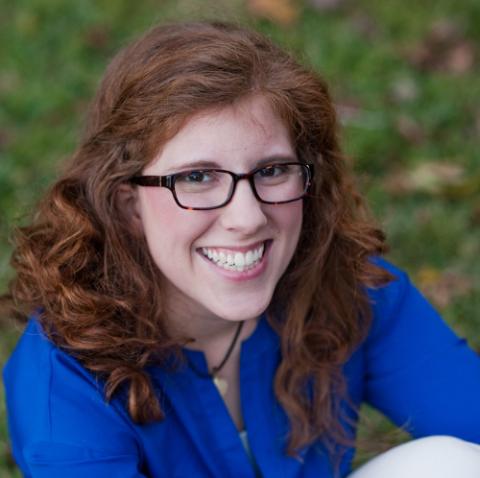 Hansen said in an interview that in order to prepare for the March meeting, he is reading a new report conducted by Georgetown University's Center for Applied Research in the Apostolate on why young people in the U.S. are leaving the church. Titled "Going, Going, Gone: The Dynamics of Disaffiliation in Young Catholics," the report indicates that 74 percent of young former Catholics say they left the religion between the ages of 10 and 20.

Hansen, originally from California, said the church needs to "reach out to young people … in order to figure out why people are leaving the church, in order to get a survey of where we are as a church."

Hansen said that one idea he would like to bring up at the March meeting is that Catholic dioceses around the world adopt a practice of creating structures akin to pastoral councils specifically for young people in order to hear directly from them.

Alina Oehler, a young German theologian who is attending the March event as a delegate for the women's storytelling group Voices of Faith, said she wants to speak especially about the role of women in the church.

Speaking at a press conference March 7, Oehler said that many of her friends in Germany question her choice to be Catholic because they do not see the church as an institution that promotes women's rights.

"I hope that we will discuss also the issue of the role of women in the church because that's one of the topics that I want to stress," she said.

"So many women don't understand how I can be part of this club because when they think of the Catholic Church, there are men on their minds," she said. "They think of bishops, the pope. They don't have any image of a powerful woman in the church."

She added, "I really hope that the Holy Spirit will guide us in our discussions to this point."

At a Feb. 16 briefing, Baldisseri explained that the pre-synod meeting will start March 19 with a session where the young people meet with Pope Francis and will be able to ask him some questions.

The participants will then be split into groups based on the languages they speak, where they will discuss specific topics in view of creating a final document from their meeting. That final document will be delivered to Francis March 25 and will be used to help form the synod's initial working document, known in Latin as an instrumentum laboris. 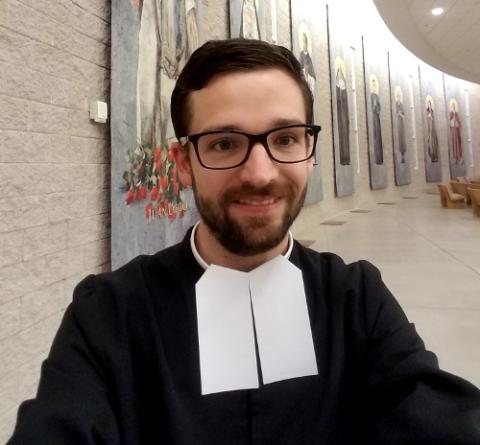 The synod system was first created by Pope Paul VI following the landmark 1962-65 Second Vatican Council, as a way of keeping the council's atmosphere of discussion among church prelates alive.

Francis has held two synods during his papacy, in 2014 and 2015. Both focused on issues of family life and resulted in the apostolic exhortation Amoris Laetitia ("The Joy of Love") in 2016.

The Vatican synod office began preparing for the 2018 meeting last year, launching an online survey that asked young people about their lives and the challenges they face. Baldisseri said at the briefing that the office received about 221,000 responses to the survey, with some 100,500 young people fully completing it.

The cardinal said of the respondents who fully completed the survey:

Read this next: Young people to talk with Pope Francis about future of the church

Most of the young people coming for the March meeting were selected by national bishops' conferences, which are each sending delegates. The synod office has also invited some seminarians, young members of ecclesial movements, and students of Catholic colleges and universities.

Baldisseri said the office has invited some teachers, priests and parish workers so that the conference can "listen also to those who live next to young people and can be instruments to better understand their situation."

The synod office has prepared for the participants a traccia di lavoro (work outline) that the six language groups will use to guide their work. The outline has three parts and each part has five questions to help start discussion.

Francis said during his trip to Chile in January that he decided to have the synod focus on young people because the church needs to learn how to be "challenged, deep down, by her sons and daughters."

This story appears in the Synod on the Youth 2018 feature series. View the full series.
A version of this story appeared in the March 23-April 5, 2018 print issue.