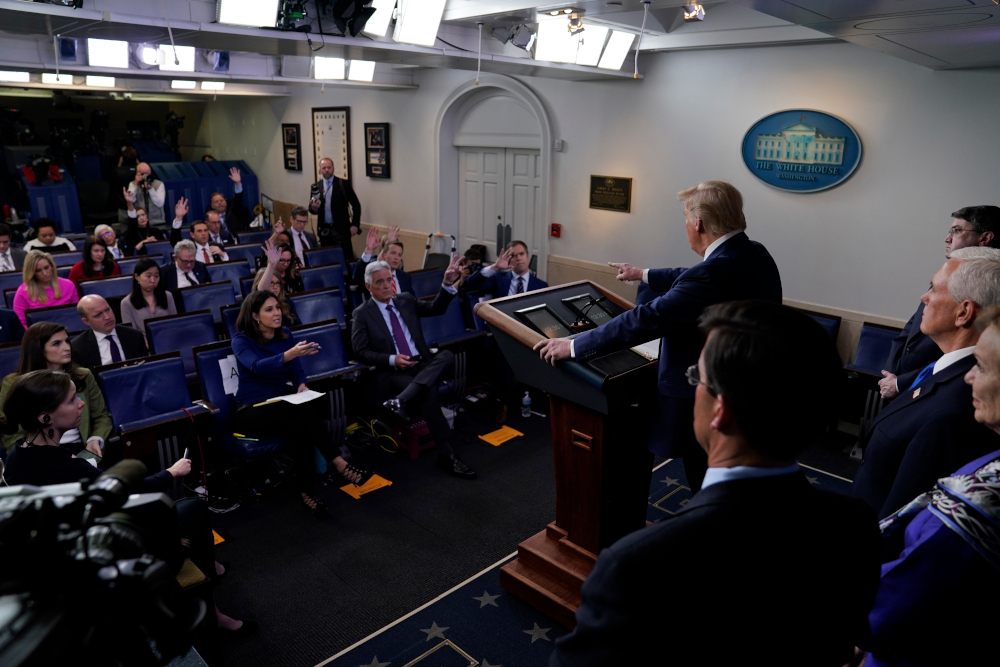 On March 19, Trump administration officials continued to call out those who have violated government recommendations to avoid meeting in groups larger than 10 people, particularly younger Americans who have continued to dine out at bars and restaurants.

But they said little about another group that is resisting their guidance: a subset of faith communities — including some conservative Christians, a demographic that often expresses broad support for the president — that have insisted on gathering despite the threat of the coronavirus.

Instead, President Donald Trump and administration officials appear to be tackling the issue of large religious meetings with quieter methods that do not explicitly single out faith groups.

Religious communities where coronavirus has been discovered, including a prominent Episcopal church in Washington, D.C., and a synagogue in New Rochelle, New York, have immediately shut their doors, and many houses of worship have suspended their services and turned to digital tools to connect with their congregations. But others, such as Florida's evangelical Revival Ministries International, have defiantly continued to gather.

"I've got news for you: This church will never close," said Pastor Rodney Howard-Browne, who leads Revival Ministries International. "The only time the church will close is when the Rapture is taking place."

He added: "This Bible school is open because we're raising up revivalists, not pansies."

On March 18, the editor of First Things, a conservative publication aimed at Catholics and evangelicals, published an article titled "Keep the churches open!"

"The Church's concern should be to sustain the spiritual health of those entrusted to her care," wrote R.R. Reno. "Closing churches and cancelling services betrays this duty of spiritual care."

Some of Trump's close evangelical supporters have also been notably slow to cancel their services. Last week the Rev. Robert Jeffress, Trump's longtime spiritual adviser and stalwart defender, instructed his First Baptist Church of Dallas to meet and organized worshippers in separate rooms to comply with local guidelines barring gatherings of more than 500 people.

At least one governor, Andy Beshear of Kentucky, has called on religious groups to cancel their worship services.

"I don't believe whether you go to church during this period of time is a test of faith, I believe God gives us wisdom to protect each other and we should do that," Beshear, a Democrat, said March 11.

The White House, however, has not made any statement about the churches' defiance, and when a senior Trump administration official was asked this week about faith groups that insist on sharing physical space, the official did not specifically call on religious organizations to halt their services.

The president "understands that our faith leaders play an important role in leading Americans, especially in prayer," the official told Religion News Service. "While churches, temples, synagogues, mosques and other houses of worship may not be able to physically gather for the foreseeable future, faith leaders continue to play an important role in our communities large and small and the White House will continue dialogue with these leaders." 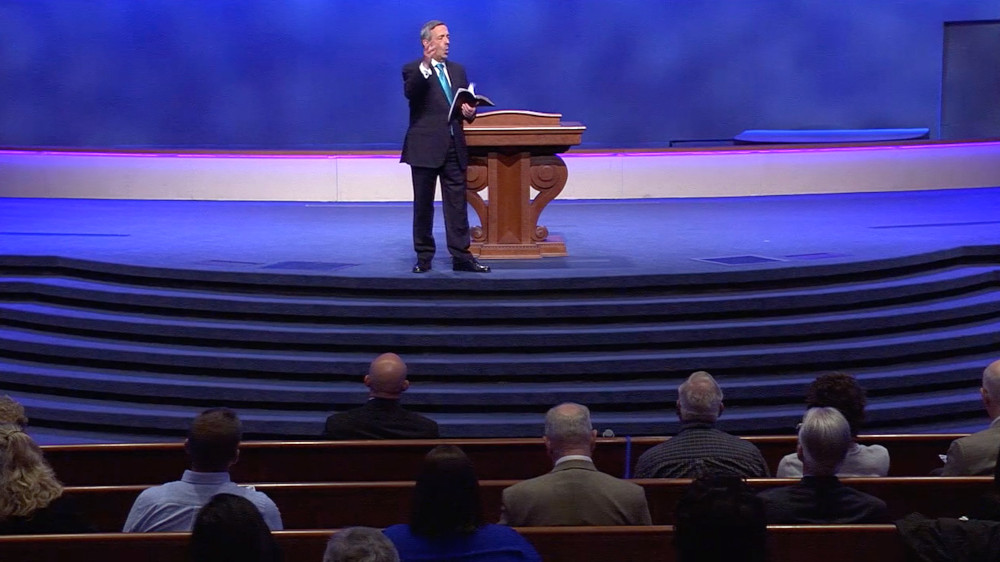 White House officials did offer some guidance for religious leaders last week during a conference call focused on the U.S. census that included Paula White, adviser to the White House Faith and Opportunity Initiative. When the faith leaders asked about COVID-19, officials referred them to guidelines put forward by the Centers for Disease Control and Prevention.

Although guidelines for faith communities posted on the CDC website currently do not specifically call for a moratorium on all faith gatherings, they do discuss "modifying, scaling back, postponing, or canceling large group activities and events (e.g., religious services and community outreach programs), especially for high-risk groups like the elderly." The agency also recommended Sunday against gatherings of more than 50 people.

According to the 2018-19 National Congregations Study, 60% of congregations had at least 50 people at their most recent main worship service, and 90% of people who attend services worship at those larger congregations.

Trump's approach to the issue appeared to rely less on his characteristic flair for the bombastic and more on the art of suggestion.

On March 15 — which the president declared a national day of prayer — the president did not highlight Jeffress or his church as he has in the past, but drew attention to an online service livestreamed by Free Chapel, an evangelical Georgia megachurch led by the Rev. Jentezen Franklin, who also advises the president. Cameras showed the expansive church hall to be empty.

"I am watching a great and beautiful service by Pastor Jentezen Franklin. Thank you!" Trump tweeted.

The next day, after the White House and the CDC recommended against gatherings of more than 10 people, Jeffress announced that his church is suspending in-person worship services and Sunday school until further notice.

Churches are said to have contributed to the spread of the coronavirus in South Korea, where authorities linked an outbreak to an infected person interacting with others during worship services conducted by the Shincheonji Church of Jesus. Other cases of the infection — which has killed 66 people in South Korea as of March 17 — were also linked to the group, prompting the government to test all 200,000 of its members.

The result has exposed the challenges of balancing freedom of religious expression with concern for public health: Leaders of the church, which other religious organizations in the country have derided as a cult, claim that the public outrage over the outbreak has led to hateful backlash against its members.