Archbishop of Canterbury: Church has failed to protect children from abuse 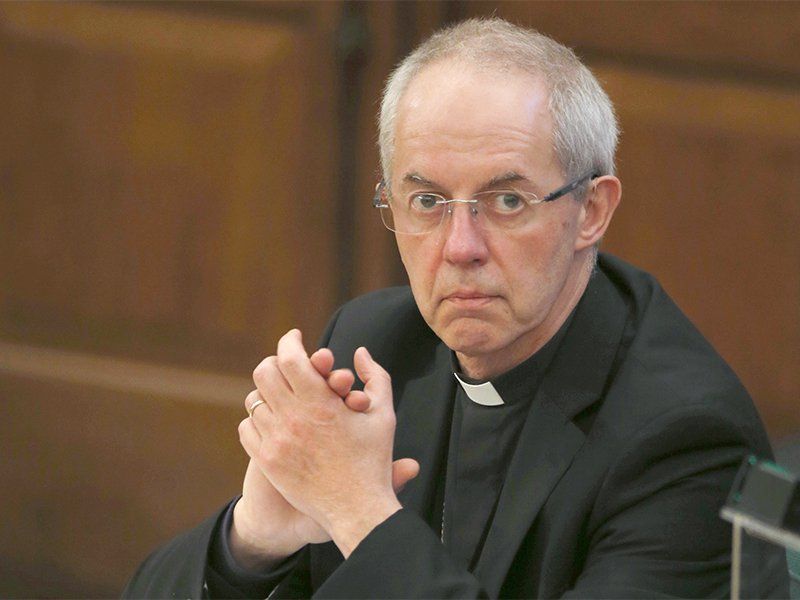 Archbishop of Canterbury Justin Welby as he listens to debate at the General Synod in London on Feb. 13, 2017. (AP/Alastair Grant)

London — Archbishop of Canterbury Justin Welby told a national commission investigating child sex abuse that his church has not done enough to root out the problem.

Welby, the leader of the Church of England and the Anglican Communion — who himself has come under some criticism for his handling of abuse cases — told the commission Wednesday (March 21) that the church needs new powers to safeguard children.

He said reading about abuse and listening to survivors was particularly painful because the church had failed victims of abuse by Anglican priests.

"You see this extraordinary and atrocious willingness to turn a blind eye to things going very, very seriously wrong and entirely damaging human beings for their whole lifetimes," Welby said.

Welby is the most high-profile witness so far to give evidence to the Independent Inquiry into Child Sexual Abuse, a commission charged by the British government to head a wide-ranging investigation into the failures of 13 institutions in England and Wales to protect children.

His appearance took place as part of a three-week-long hearing into the Anglican Diocese of Chichester, where there have been several cases of abuse.

Welby called for a heightened state of alert on sexual abuse. "We have to get word to the culture that if anything is seen as untoward, every regular member of the church, everyone who knows, who is around, says, 'This isn't right and I'm going to do something about it.' "

According to the Church of England's national head of safeguarding, Graham Tilby, who gave evidence to the inquiry earlier this week, it still does not have systems in place to ensure that serious cases are reported to his team.

"The duty to report has been only been quite recent in terms of allegations against church officers," said Tilby. That duty will help assure that "there is a flow of information" from the church to British authorities charged to protect children.

The decision by IICSA to turn the spotlight on Chichester Diocese comes amid controversy over the way Welby had handled a case that involved a former bishop of Chichester, George Bell, who was accused of abuse.

Bell's supporters and others say the accusations against him lacked proof. Another inquiry last year, specifically into Chichester and chaired by Lord (Alex) Carlile, said the Church of England had rushed to judgment against Bell, who had died in 1958. But Welby has refused to retract his statement that Bell, who was a leading churchman during World War II, had a cloud over his name because of the allegations.

Carlile warned that the Church of England's processes were deficient and that it did not give proper consideration to the rights of the accused. But at the IICSA hearing Wednesday, Welby focused on the victims and said: "To read the transcripts, to read the evidence, to meet the survivors, is horrifying to a huge degree."

The IICSA is charged to examine reports of abuse in children's homes, by people of public prominence, and in the Roman Catholic Church as well as the Church of England.

David Greenwood, a lawyer representing victims at the inquiry, claimed that Church of England officials had covered up abuse. "There is a strong suspicion of an organized conspiracy between clergy and bishops in the Diocese of Chichester to enable children to be abused," he said.

Welby's predecessor, Lord (Rowan) Williams of Oystermouth, told the commission last week that there was a strong case for the appointment of a body to safeguard children  independent of the Church of England, which had been "naïve and uncritical" regarding abuse by the clergy.

World | Archbishop of Canterbury: Church has failed to protect children from abuse