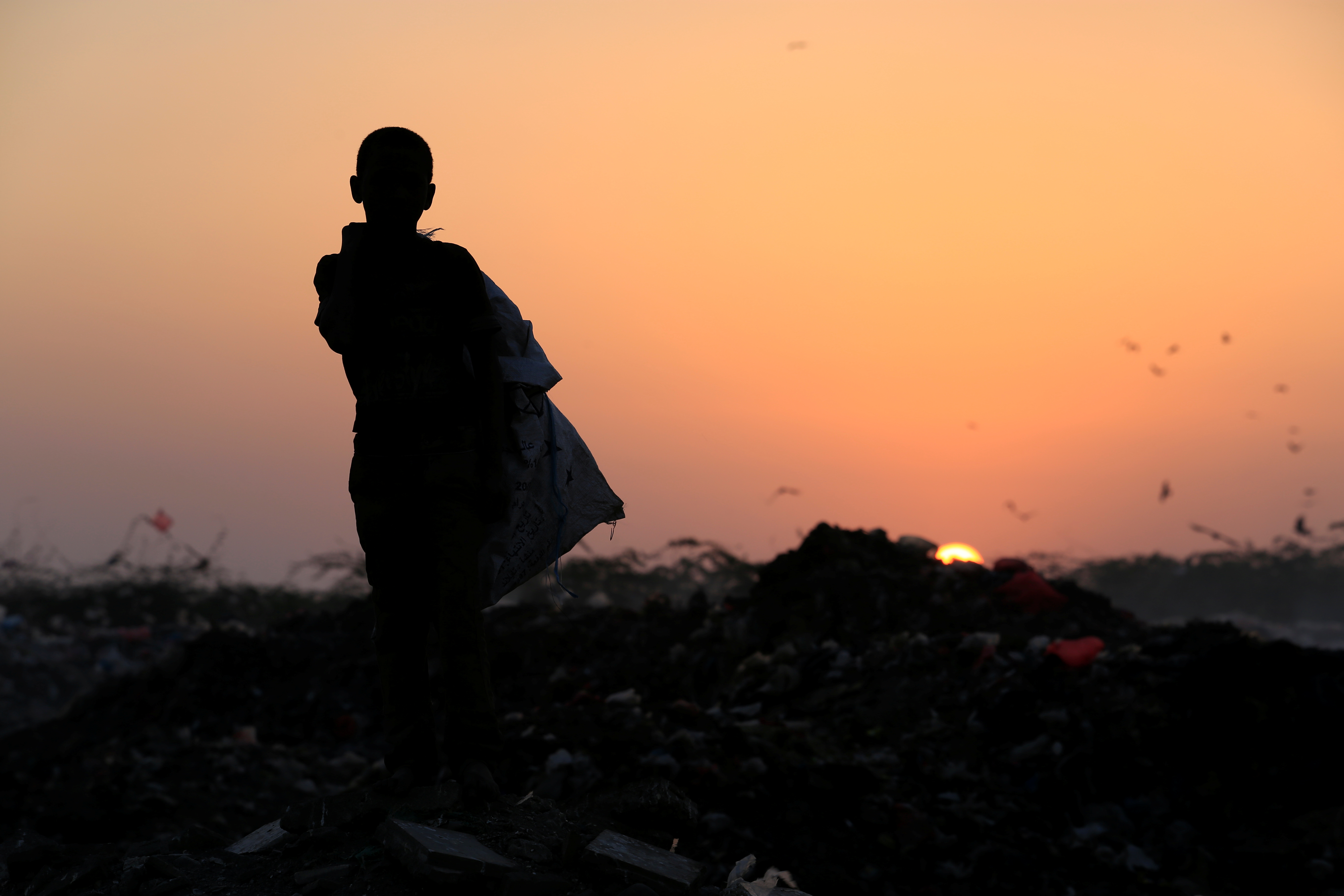 A boy stands in a garbage dump where he collects recyclables and food near the port city of Hodeidah, Yemen, Jan. 13. (CNS/Reuters/Abduljabbar Zeyad)

The Saudi-led coalition's assault on Hodeida, Yemen's main port city, will have a "catastrophic impact" on the ability of relief groups to get food, medicine and other aid to vulnerable Yemeni families in urgent need of assistance, a Catholic aid agency warned.

CAFOD, the overseas aid agency of the bishops of England and Wales, made the comments ahead of a United Nations emergency meeting on the situation.

"CAFOD partner staff in the country remain on the frontline, doing everything they can to reach people who are in urgent need of humanitarian aid," Giovanna Reda, CAFOD's head of humanitarian programs for the Middle East, told the Catholic News Service.

"But with 90 percent of all Yemen's food imports passing through Hodeida, any disruption to the port's operation will affect the entire country," said Reda.

The U.N. Security Council was to meet June 14 to discuss the situation in Yemen. "They must act now to secure a cease-fire and halt the suffering of millions of people," Reda told CNS.

Yemeni government forces backed by Saudi-led coalition warplanes and ships began to pound Hodeida June 13 in the biggest battle of the three-year war between several Gulf Arab states and the Iran-backed Houthi rebels. The coalition aims to retake the Houthi-held city, which is a key aid hub.

However, Yemen is already facing pre-famine conditions in what U.N. Secretary-General Antonio Guterres described as the world's worst humanitarian crisis.

"Hunger affects 17 million Yemenis, which is 60 percent of the population," Reda said. "People do not know where and when they will get their next meal."

Read this next: Editorial: Nations could stop Yemen's deadly crisis -- but won't

"Millions of people don't have access to safe drinking water and proper sanitation. Last year, the country faced the largest outbreak of cholera, claiming the lives of thousands of people," she added, underscoring that this latest crisis will further negatively impact ordinary Yemenis.

CAFOD and its partners in the Caritas network have run programs for several years tackling nutrition and food security for Yemeni communities and local health care centers dealing with malnutrition cases, reaching some 30,000 people.

"These people are mainly children under 5 as well as pregnant and breastfeeding mothers," Reda explained.

The International Committee of the Red Cross warned the assault on Hodeida port will likely exacerbate an already catastrophic humanitarian situation in Yemen because the port handles the vast majority of essential supplies needed by the impoverished nation at the tip of the Arabian Peninsula.

The charity Save the Children has said some 300,000 children in the area are at risk.