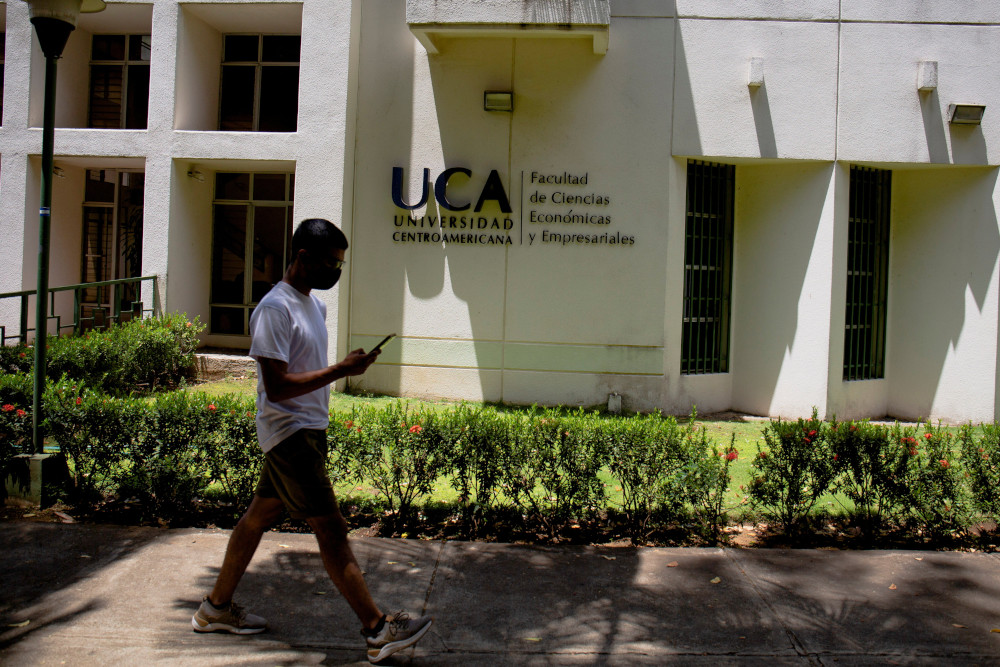 Nicaragua has approved a law increasing government control over educational institutions and stripping funds from Jesuit-run Central American University, which has been at odds with the government.

The measure was approved March 31 by Congress and allows the National Council of Universities to get involved in matters such as curriculum and professorial appointments, according to Reuters news agency. The council currently exists as an advisory institution.

The measure also excludes Central American University from the council, which deprives it of a share of the 6% of the Nicaraguan budget spent on higher education.

Nicaraguan President Daniel Ortega and three of his children attended Central American University. The decision to include the school in the National Council of Universities so it could receive funding was authorized by Ortega's Sandinista National Liberation Front in 1990.

The university has not publicly commented on the new law. The school acknowledged receiving $8.1 million for its operation in 2018, according to Reuters. That funding decreased to $38,000 in 2022.

Observers called the funding cuts "revenge" for the school's role in the 2018 protests against Ortega, who resisted calls for his ouster. Central American University and other Nicaraguan universities permitted student protesters to seek protection from police and paramilitaries on campuses during the demonstrations.

"It's a petty act of revenge against the Jesuit authorities in the (school) because they opened the university's doors" to protesters, Álvaro Leiva of the Nicaraguan Pro-Human Rights Association told Catholic News Service from Costa Rica, where he has worked since fleeing Nicaragua in 2018.

Msgr. Carlos Avilés, vicar general of the Archdiocese of Managua, called the action "political revenge, because all the ecclesial institutions are supporting the people in the unpopularity of this government."

The decision to strip universities of their autonomy and cut funding for Central American University follows a government decision earlier this year to close a series of private universities and diocesan educational projects.