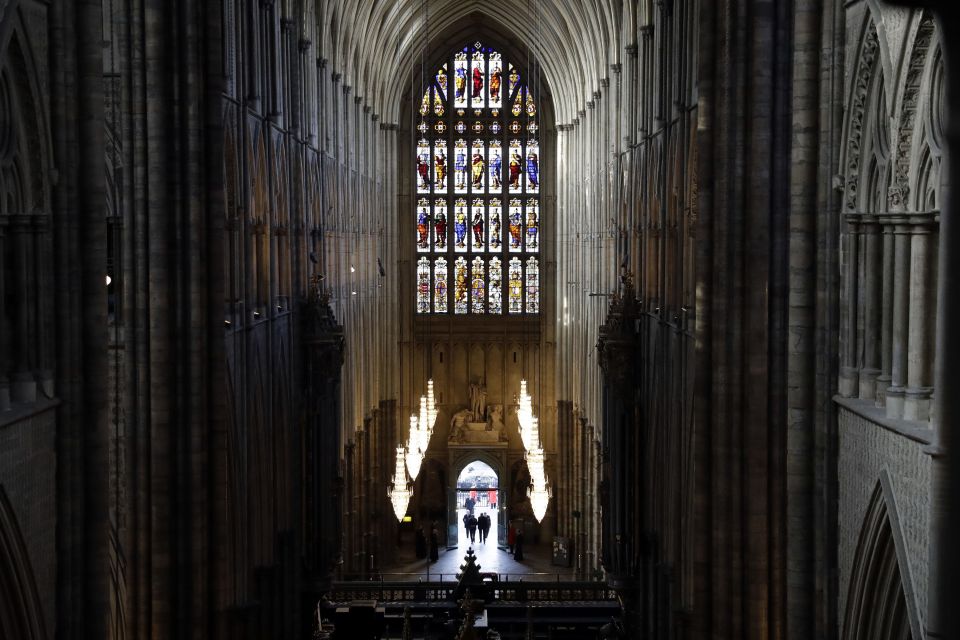 Britain's Prince Charles, front left, arrives for his visit as seen from the view of The Queen's Diamond Jubilee Galleries, described by the late British poet John Betjeman as 'the best view in Europe,' at Westminster Abbey in London, England, on Dec. 14, 2016. (AP/Pool/Matt Dunham)

London — The British heir to the throne, who would become Supreme Governor of the Church of England when he becomes king, is to make an unprecedented plea for peace in the Middle East at a special service for persecuted Christians in London Dec. 4.

Prince Charles, the Prince of Wales, will deliver his own personal reflection on the crisis for Christians at a service in Westminster Abbey.

Four patriarchs of Middle East churches, Coptic church leaders, the Archbishop of Canterbury and Jewish, Muslim and Roman Catholic leaders from Britain will also attend the service. There they will hear the prince urge an end to extremism in the region and speak of the importance of Christians staying in the part of the world where Christianity was founded.

The plight of persecuted Christians is a cause that has become dear to the prince over many years. He met refugees on several occasions, hosting them and charity officials from the Catholic charity Aid to the Church in Need at his homes in London and Scotland. But this is the first time he has spoken from the pulpit on the subject during a church service.

The site of the service is significant.

Westminster Abbey is the church where Charles would be crowned king. At that time he would also assume the title of Defender of the Faith, first held by Henry VIII and used by all British sovereigns since. Church leaders have been concerned that the prince wished to dilute this role given that in the past, he suggested adapting it to be Defender of Faiths to reflect Britain's multiculturalism.

But the prince's concern for persecuted Christians has reassured many people of his commitment to the Church of England. And his concern extends to refugees of all faiths.

At Christmas two years ago, Charles spoke on BBC radio about his concerns for religious refugees.

"The suffering doesn't end when they arrive seeking refuge in a foreign land," he said. "We are now seeing the rise of many populist groups across the world that are increasingly aggressive toward those who adhere to a minority faith."

Seventy years after the Holocaust, he said such "evil persecution" was "beyond all belief."

"We owe it to those who suffered and died so horribly not to repeat the horrors of the past," he said.

Aid to the Church in Need, a Catholic charity first founded after World War II to help Christians persecuted by Communist regimes, now focuses on their desperate situation in the Middle East.

The charity has told supporters that the Westminster Abbey service will "offer encouragement to Christians throughout the region and celebrate the contribution they make to their communities." Last week it helped organize the annual Red Wednesday event in London where public buildings, including Westminster Abbey and the nearby Roman Catholic Westminster Cathedral, were illuminated in red to highlight the suffering of Christians around the world persecuted for their faith.

A new report from Aid to the Church in Need reveals that 38 countries in the world are classed as having significant violations of religious freedom. In 18 of them, the situation has worsened in the past two years.

The problems are mainly caused by the spread of militant Islamism in parts of Africa, the Middle East and Asia, according to the report.

Religious Freedom in the World 2018 also highlights what it calls "neighborhood terrorism" — the growth of attacks by militants in the West — and a surge in anti-Semitism and Islamophobia.

In addition, the report highlights the plight of religious minorities in China.

"Violations of freedom of religion or belief are also increasingly affecting Muslims, particularly among the Uighur population in Xinjiang province, and Buddhists among the Tibetan community and the Falun Gong spiritual movement," according to the report.