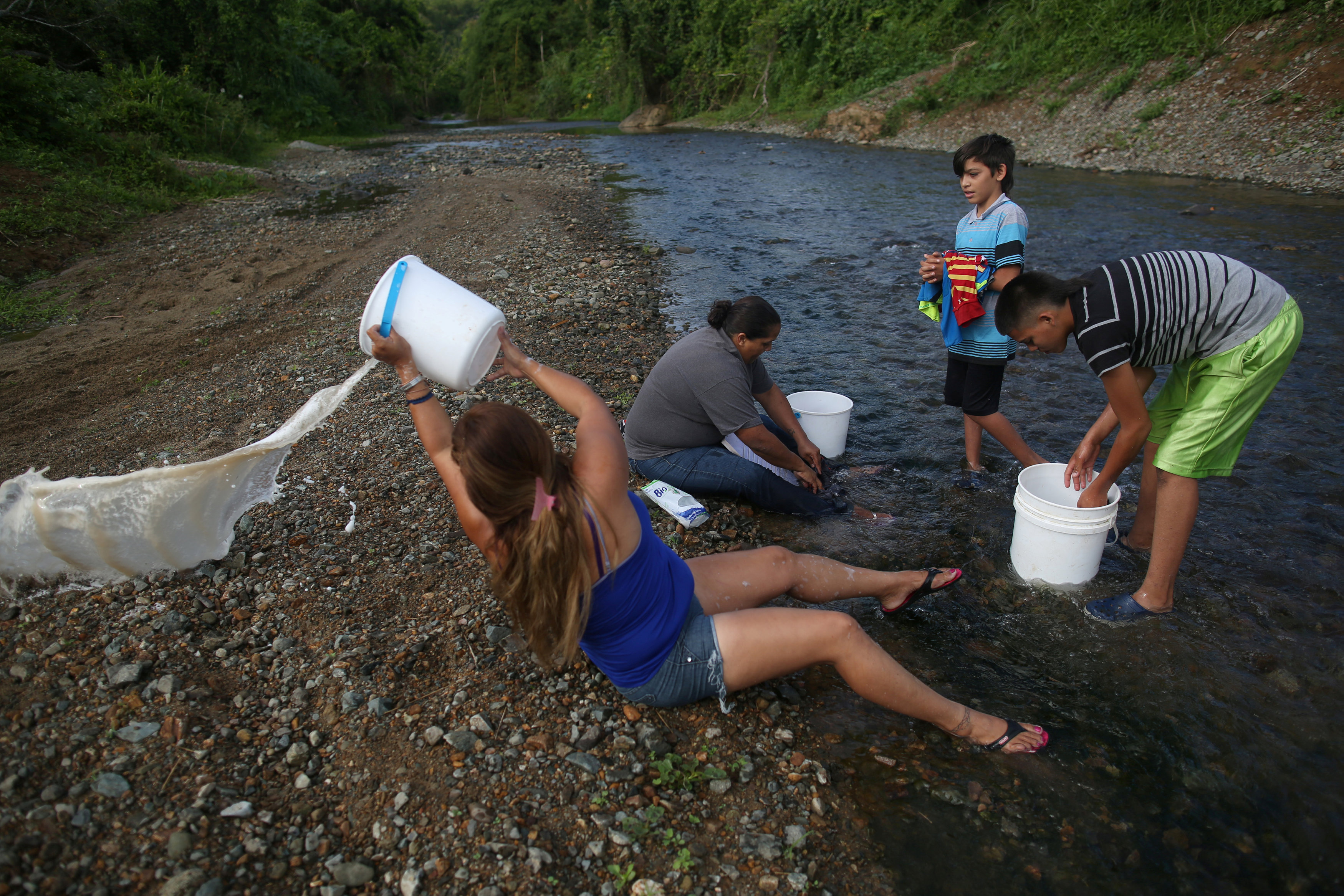 Residents wash clothes in the river in Adjuntas, Puerto Rico, May 11. The island is still reeling from the devastation caused by Hurricane Maria eight months ago. (CNS/Reuters/Alvin Baez)

The official tally of 64 deaths on the island of Puerto Rico attributed to 2017's powerful Hurricane Maria has been disputed for some time, but in late May, a study in a respected scientific journal said that figure may have underestimated the island's fatalities by the thousands.

Scientists from the Harvard T.H. Chan School of Public Health and other institutions, who conducted a study published May 29 in The New England Journal of Medicine, said that estimates point to around 4,600 lives lost on the island because of the hurricane that slammed into Puerto Rico with winds of 175 miles per hour in mid-September. Scientists said that the toll may be even higher.

Taking into account deaths caused by flying debris, unsafe or unhealthy conditions resulting in injury, illness or loss of necessary medical services due to the natural catastrophe, a survey of 1,000 people that was conducted from Sept. 20 through Dec. 31, 2017, estimated "a total of 4645 excess deaths," if compared with the same period during the previous year, the study said.

"This household-based survey suggests that the number of excess deaths related to Hurricane Maria in Puerto Rico is more than 70 times the official estimate," the study said.

It continued to say that even the tally it arrived at by the end of the December "is likely to be an underestimate because of survivor bias. The mortality rate remained high through the end of December 2017, and one third of the deaths were attributed to delayed or interrupted health care."

"The figures in the study are not surprising," Archbishop Roberto Gonzalez Nieves of San Juan said in a May 30 Twitter response to Catholic News Service.

Puerto Ricans have the understanding "that there are many more who lost their lives" because of Hurricane Maria, not just as it hit the island but also in its aftermath, he said.

"Even today, there are people who are dying in situations caused by this catastrophe," the archbishop said. "Puerto Rico is still in mourning."

The study references the official death tally but adds that "several independent investigations concluded that additional deaths attributable to the hurricane were in excess of 1,000 in the months of September and October."

Beleaguered by disputes about the official number of deaths attributed to the natural disaster, Puerto Rican officials commissioned a study to get at a more accurate number of deaths to be conducted by George Washington University, but it has not yet been completed.

The Harvard study mentions that some of the excess deaths may have resulted from the hurricane because chronic conditions may have worsened by delayed medical treatments and that was likely not reflected on death certificates.

Large swaths on the island remained without power long after the hurricane hit, making it impossible for hospitals to provide certain treatments since they didn't have operable equipment. Other deaths may not have occurred outside health facilities and therefore were not counted, the study said.