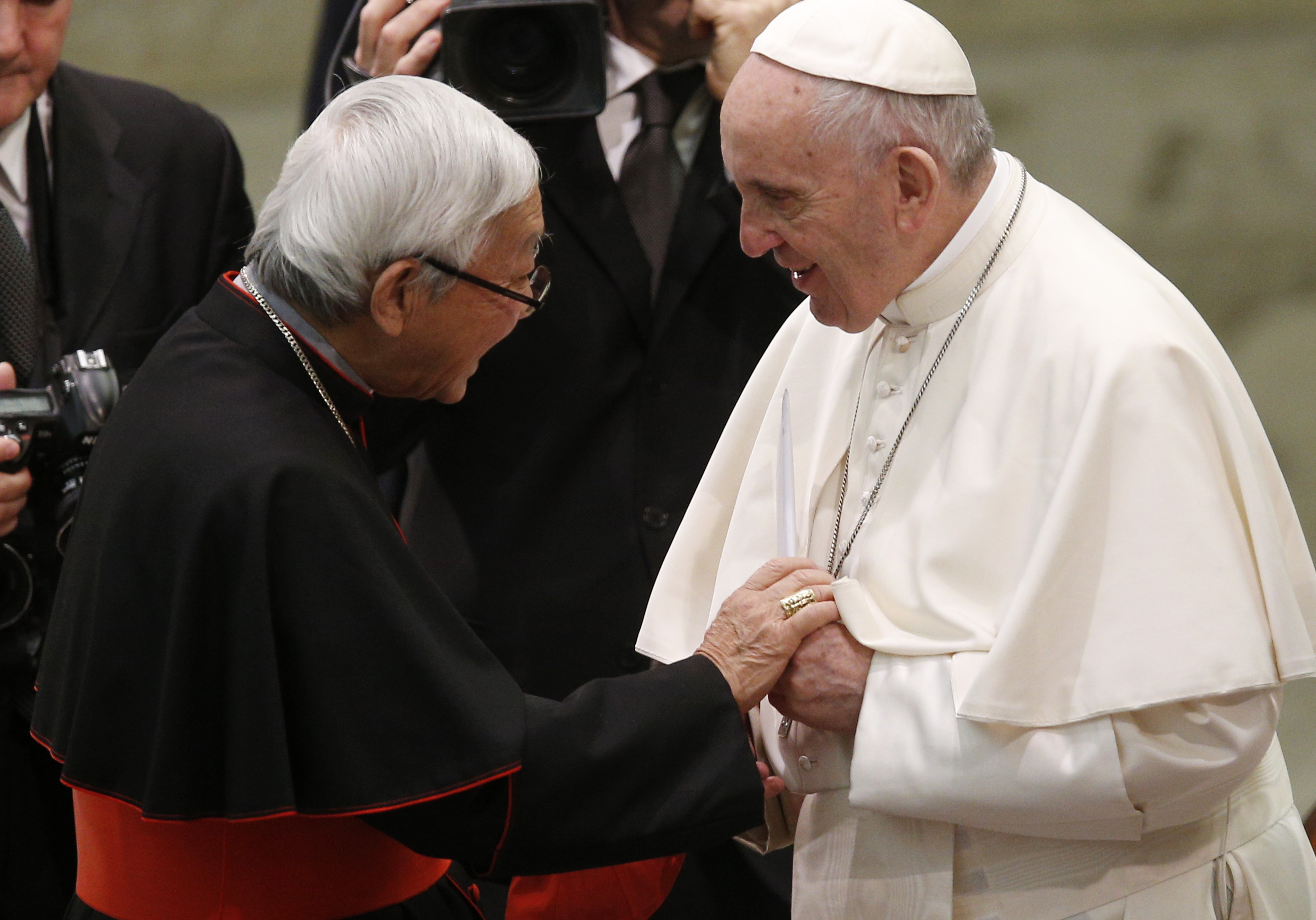 Catholics who have accused top members of the Roman Curia of making overtures to China's communist government without the knowledge of Pope Francis are "fostering confusion and controversy," said the director of the Vatican press office.

The rumors of division between the pope and his top aides made headlines in late January after Cardinal Joseph Zen Ze-kiun, retired archbishop of Hong Kong, met personally with Francis to discuss his opposition to encouraging two bishops to retire so they could be replaced by two bishops approved by the government, but whose status with the Vatican has been troubled.

"In spite of the danger of being accused of breach of confidentiality," Zen wrote on a Facebook post Jan. 29, he had decided "to tell you what His Holiness said: 'Yes, I told them (his collaborators in the Holy See) not to create another Mindszenty case!'"

The late Hungarian Cardinal Josef Mindszenty was arrested by communist authorities in 1948 and sentenced to life in prison. He was freed during the 1956 uprising, but when the uprising failed, he took refuge in the U.S. Embassy in Budapest. Although he could not exercise his ministry, the cardinal's presence in the country was a nuisance to the communist government.

In the interest of helping negotiations, Blessed Paul VI asked the cardinal to leave Hungary, and in 1972 the primate moved to Austria, although he retained his title as archbishop and primate of Hungary. After further negotiations with the government, Blessed Paul declared the See of Esztergom vacant in 1974, opening the way to normalization of relations between church and state. Mindszenty died the following year.

Zen said, "I was there in the presence of the Holy Father representing my suffering brothers in China," so Francis' reference to Mindszenty "should be rightly understood as of consolation and encouragement more for them than for me."

But Greg Burke, director of the Vatican press office, said any "presumed difference of thought and action between the Holy Father and his collaborators in the Roman Curia on issues relating to China" were erroneous.

Burke did not, however, make any comment regarding the accuracy or inaccuracy of reports about the proposed transfer of bishops in China.

"The pope is in constant contact with his collaborators, in particular in the Secretariat of State, on Chinese issues, and is informed by them faithfully and in detail on the situation of the Catholic Church in China and on the steps in the dialogue in progress between the Holy See and the People's Republic of China, which he follows with special attention," Burke said. "It is therefore surprising and regrettable that the contrary is affirmed by people in the church, thus fostering confusion and controversy."

Zen said he traveled to the Vatican in January to ensure that Francis personally received letters on the situation in China, particularly regarding the case of two "legitimate bishops" -- those recognized by the Vatican -- "being asked by the 'Holy See' to resign and make place for illegitimate, even explicitly excommunicated, 'bishops.'"

The problem, Zen wrote on Facebook, "is not the resignation of the legitimate bishops, but the request to make place for the illegitimate and even excommunicated ones."

According to ucanews.com, Bishop Zhuang Jianjian, 88, of Shantou and Bishop Vincent Guo Xijin, 59, of Mindong were asked to step down. Both are recognized as bishops by the Vatican. Zhuang was to be succeeded by Bishop Huang Bingzhang, 51, of Shantou, who had been excommunicated. Guo was to be succeeded by Bishop Zhan Silu, 57, of Mindong, who was ordained illicitly but is recognized by the government.

In the past, Zen said, the popes and Vatican have avoided using the word "schism" to describe those who participated in the life of the government-approved Catholic community because they knew many of the people "were not there by their own free will, but under heavy pressure."

If the move to replace the bishops goes forward, Zen said, "the Vatican would be giving the blessing" to "the new strengthened schismatic church."

In 2007, Pope Benedict XVI wrote a long letter to Chinese Catholics. Among other things, it established new guidelines to favor cooperation between clandestine Catholic communities and those officially registered with the government, in an effort to promote church unity.

It opened the door to registration with the government by bishops and Catholic communities, as long as this did not compromise principles of the faith and church communion. The "clandestine condition" is not normal or desirable for the church, it said.

For years, the Vatican has worked privately with Chinese church officials, and many bishops who were ordained illicitly secretly reconciled with the Vatican. The 2007 letter asked those bishops to make that fact clear to the faithful.

A version of this story appeared in the Feb 9-22, 2018 print issue under the headline: Vatican spokesman says pope, aides united on China.