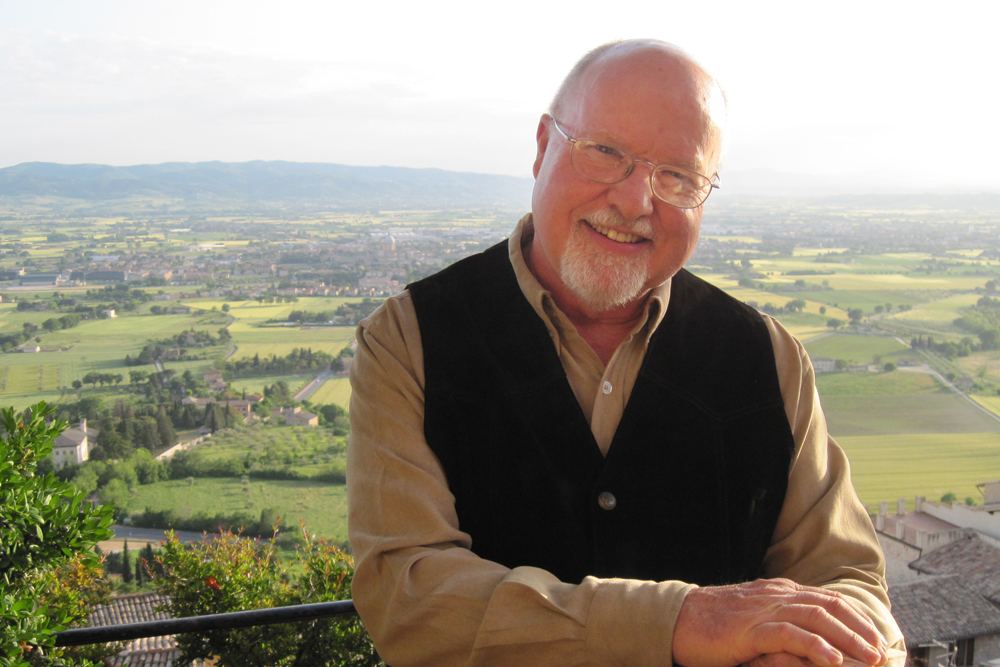 Franciscan Father Richard Rohr is seen in this 2012 photo during a trip to Assisi, Italy. (CNS/Courtesy of Franciscan Media) 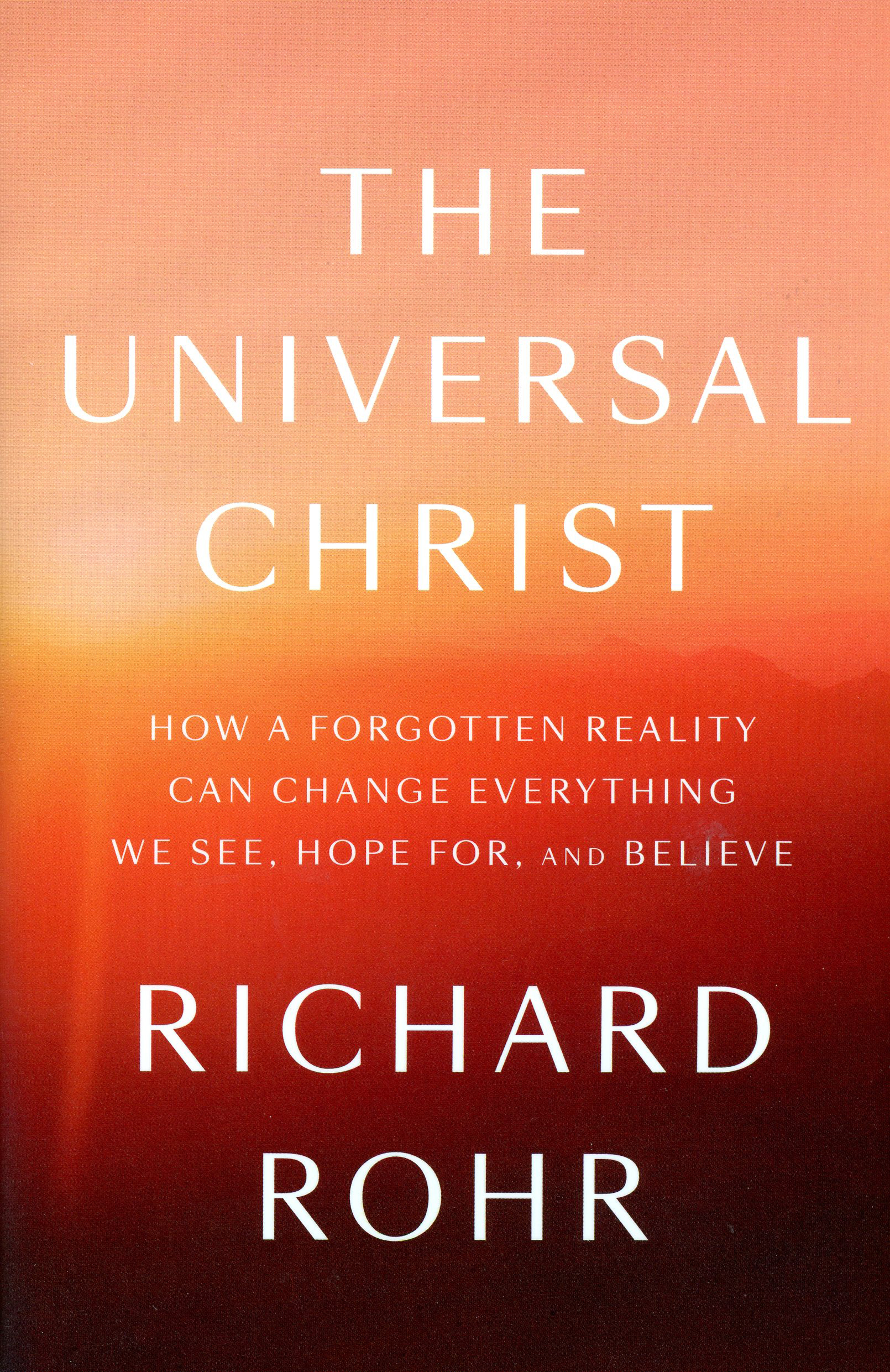 THE UNIVERSAL CHRIST: HOW A FORGOTTEN REALITY CAN CHANGE EVERYTHING WE SEE, HOPE FOR, AND BELIEVE
Richard Rohr
272 pages; Convergent Books
$26.00

The Universal Christ: How a Forgotten Reality Can Change Everything We See, Hope For, and Believe is the summation of the lifetime work of Richard Rohr, the result of his 75 years of experience and reflection. Those who have previously read one of his some 30 books or are among the more than 300,000 recipients of his "Daily Meditations" are prepared to take on Rohr's cumulative synthesis. For others, the book might prove dense.

Although its language is accessible, it ranges over ontology, theology, Christology, psychology, anthropology and spirituality, hence its complexity. Acknowledging that comprehending his message might be taxing, Rohr advises the reader to proceed slowly. When he puts forward a particularly provocative idea he italicizes the print, warning the reader to stop and ponder.

His high aspiration for the book is expressed in its subtitle to "change everything we see, hope for, and believe."

Rohr's principal sources of inspiration are two: his earthy Franciscan tradition and the writings of Paul. These influences are evident throughout and it is on their foundations he constructs what elsewhere he calls his "alternative orthodoxy."

There will be those who will condemn his work as "heretical," and others will be overwhelmed by the book's complexity, but no one can contest Rohr's dedication or the breadth of his vision. Those who persevere in reading will be challenged and rewarded as Rohr explores their fundamental assumptions about God, Jesus, the self and religion.

The reader might begin with Appendix I, "The Four Worldviews," in which Rohr describes the "incarnational" view of reality, one evident in the Eastern Fathers, Celtic spirituality and many of the mystics. The "incarnational" worldview is the subject of the first half of the book and is defined as the Christ mystery; that is, the "indwelling of the Divine Presence in everyone and everything since the beginning of time." God is not only in all things, but all things are in God. 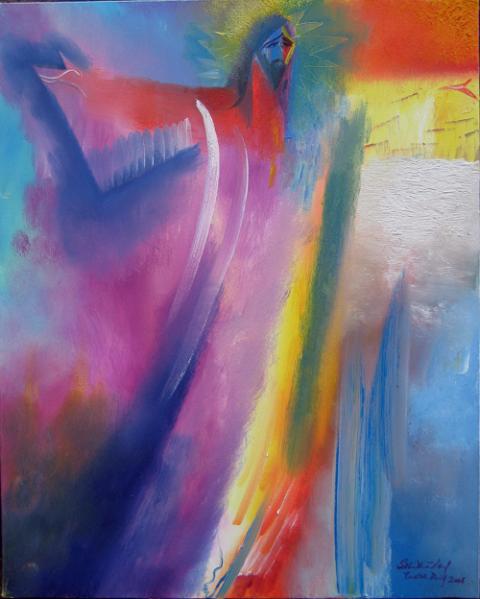 "The Glory of Christ" by Stephen Whatley, an expressionist artist based in London (CNS/Stephen B. Whatley)

The Christ mystery is the "transcendent" element in everything, but also the "infinite horizon" that pulls all things forward; it is the name for everything in its fullness. As a consequence, creation is both the hiding place and the place where God is revealed.

Rohr argues that he is not proposing a pantheist view, but rather a panentheist one. That is, that God is within all things, but transcends them. In short, there is no significant distinction between the natural and the supernatural, the holy and the profane.

Rohr suggests that the first incarnation is creation itself; it is God's outpouring. The second incarnation is Jesus of Nazareth, Christ's historical manifestation in time.

Jesus, who is both fully God and fully human, reveals the universal pattern of self-emptying, death and resurrection. His life parallels the natural process itself. While some might argue that this view diminishes the importance of Jesus, Rohr argues that it rather places him in the cosmic process of ongoing incarnation.

As a result, it makes Jesus not only personal but also universal, freed from a culture-bound religion. Jesus is offered to fellow humans for their imitation. He carried the mystery of universal suffering and allowed it to change him. As followers, Christians must likewise have compassion for others and hold their suffering.

Since incarnation is a continuous cosmic event, its third manifestation is in the community of believers, the body of Christ. Hence "Christ" is the universal metaphor for the ongoing incarnation, first in creation, then in the historical Jesus, and finally in those who follow him.

The experience of the incarnational worldview is made possible through great love or great suffering, both of which open one to transcendence. The work of religion is to help one recognize and recover the divine image in everything. This is the "forgotten reality" that will change everything.

Acquisition of this experience is made easier if one begins from the starting point of original blessing rather than original sin, the latter being first advanced by Augustine in the fifth century.

Part II of The Universal Christ considers a variety of topics: the feminine incarnation, atonement, the real presence, the communion of saints, universal resurrection, the witness of Mary Magdalene and Paul and the importance of human experience in determining truth.

Many of these topics have been explored by Rohr in his previous books or in his "Daily Meditations." But here their connection to his earlier discussion of the universal Christ is tenuous, making the second half of the book diffuse.

Rohr concludes with the admonition that this reenvisioning of the "forgotten reality," namely the Christ mystery, will remain only a theory unless it is practiced; only through practice will transformation be possible.

He closes his compelling book by quoting from Corinthians, acknowledging his aspiration for himself and his readers: that "our unveiled gaze receives and reflects that brightness of God until we are gradually turned into the image that we reflect."