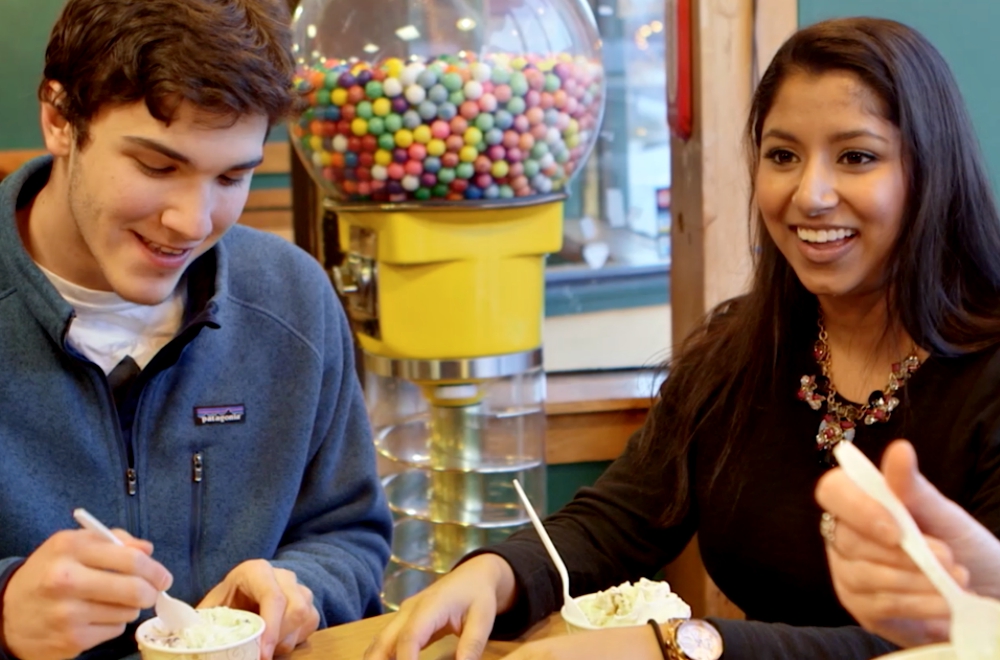 Matt and Shanzi, two of the singles featured in "The Dating Project" (David Bolen)

As someone who works with college students on a daily basis and who has experienced firsthand the confusion and fear surrounding the modern search for love, I wondered what a documentary could offer a conversation that too often centers on stories of disappointment, disillusionment and hookups gone wrong.

More information on "The Dating Project" can be found at thedatingprojectmovie.com. The documentary will play in select theaters April 17.

As it turns out, "The Dating Project" does indeed have something to offer. It is a hopeful and realistic documentary that highlights the possibility for change and each individual's journey without shying away from the challenges to love and connection that modern dating brings. Surprisingly upbeat and constructive, "The Dating Project" shows that the struggle to find loving relationships in the modern world is worthwhile and hopeful.

When it comes to dating, we all know that times have changed. In a world of Tinder, texting, cohabitation and casual hookups, the days of 1950s courtship are long gone. "The Dating Project" dives straight in to this new world, introducing the viewer to five single people between the ages of 18 and 40 and documenting each one's search to navigate authentic relationships. A couple of them have been actively involved in hookup culture; another has struggled to escape it. One has always emphasized meaningful connections.

"The Dating Project" leans on the work of Kerry Cronin, associate director of the Lonergan Institute at Boston College, who thoughtfully articulates the root of the dating problem.

The social "script," as Cronin calls it, that once lent structure to the process of courtship no longer exists. This has led to a host of challenges that tend to be exacerbated by hookup culture, high-speed yet casual communication, and dating apps. 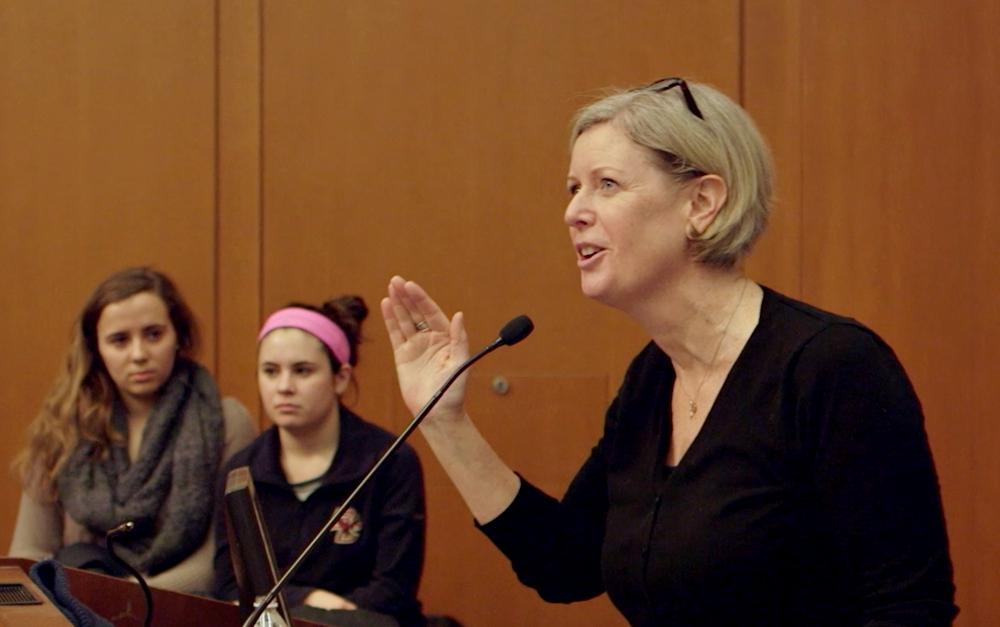 Of course, this might not be problematic if singles were finding fulfillment in modern dating, leading to "The Dating Project" documentary's most important discovery. In Cronin's words, "Dating is now perceived as outdated — yet it's longed-for." Her students share how the idea of a coffee date or holding hands is scary because of the vulnerability and visibility those things require.

In fact, they often see those acts as less casual than a drunken hookup in a dark room with a stranger. "The Dating Project" shows its subtlety by highlighting that these students are intuitively sensing the inherent meaning in small, romantic gestures — meaning that is missing from casual hookups.

Cronin teaches the students how to go on a date, and their confusion changes into curiosity and then action. One student talks about his experience on the assigned date, saying it differed radically from hooking up.

Another says that even getting up the courage to ask his crush on a date was more exciting and meaningful than a hookup experience. Hooking up didn't even come close, he says, getting at something many of us have learned the hard way: Meaningful encounters just feel better. 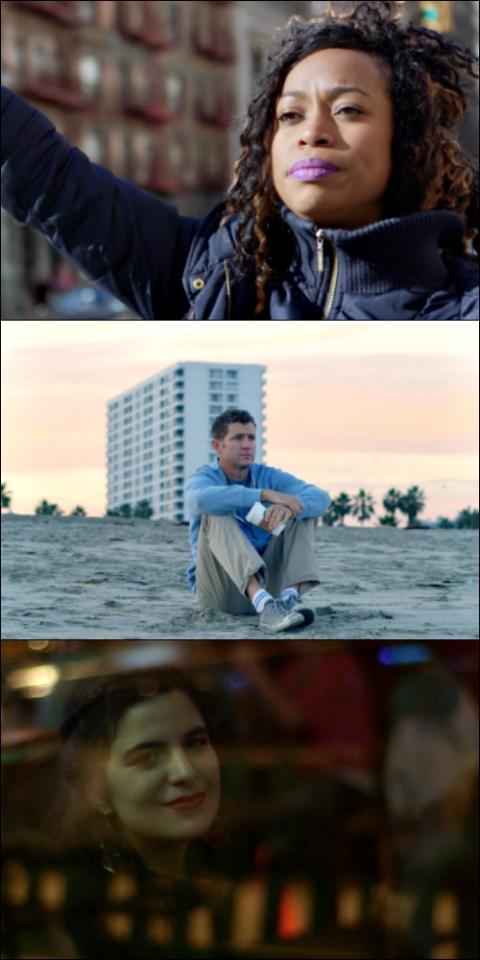 From top, Rasheeda, Chris and Cecilia, three single people who are featured in "The Dating Project" (David Bolen)

"The Dating Project" shows that people's desires are just not being met by what hooking up and hanging out have to offer.

Singles have a deep longing for emotional and spiritual connection, but are at a loss for where to turn. Young people aren't questioning the "why" of traditional dating. No one interviewed wonders if we are all better off without dating or questions why traditional dating is important. Instead, the question they ask is, "How?"

The greatest strength of the documentary is that it advocates retrieval rather than reversion. The college students and 40-somethings alike wonder about "the old days" when dating was more straightforward and a little more formal. They talk about knowing what to expect and asking directly for what they want. They long for there to be less guesswork. One 18-year-old woman even mentions, looking away from the camera and laughing nervously, her longing to be pursued.

This retrieval is a middle way that takes some helpful elements from the dating practices of the past — such as the social script that allows people to feel supported by a structure of dating — and incorporates them into the modern context.

"The Dating Project" points to a process of relational growth that happens by engaging in healthy dating practices. In a sense, it is about conversion — the conversion of individuals from disconnection and the fear of being vulnerable, into being willing to take risks and open themselves up to others.

It's also a documentary about social conversion, and the potential for hookup culture to be transformed into a positive, beautiful and distinctly 21st-century dating culture. "The Dating Project" manages to navigate the pain and confusion felt by many single people in a way that is ultimately positive and hopeful.

Someone watching this documentary will not necessarily see the depth and scope of the problems with hookup culture and contemporary dating, but they will see that the feelings of confusion and dissatisfaction of singles are not inevitable. For those who are battling loneliness and fear, "The Dating Project" suggests that if we have the courage to act differently, and to date differently, there is reason to believe that our deepest desires are within our grasp.

[Kathleen Cavender has a Master of Arts in systematic theology and works at Marquette University as a residence hall minister and campus ministry communications coordinator. She will begin doctoral studies in theology at Marquette this fall.]

A version of this story appeared in the May 4-17, 2018 print issue under the headline: Hope for modern love.