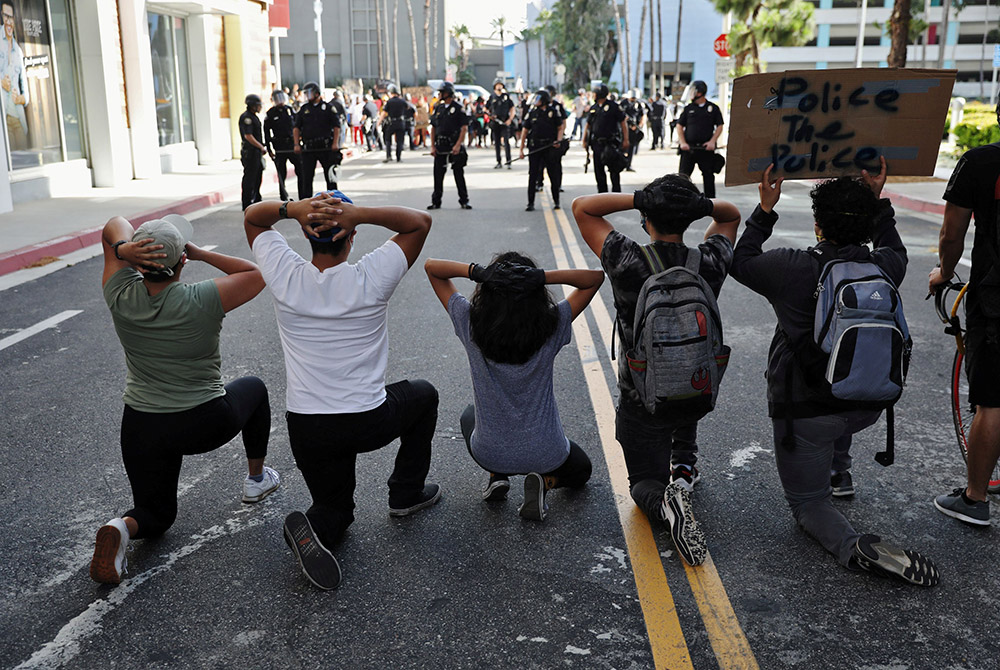 I believe one of the key tests of the effectiveness of protests against anti-Black violence includes the depth of openness of white Americans and predominantly white institutions to criticism — are we white folks willing to make sacrifices necessary to change a system that historically reconstitutes and reaffirms white privilege and power over and over against Black people?

There seem to be encouraging signs that protests are working in the wake of recurrent police and vigilante violence against Black Americans: mayors and police chiefs not only condemning the violence but initiating reforms, protests marked by greater diversity, and predominantly white corporations acknowledging the need to affirm the Black Lives Matter movement.

As Nikole Hannah-Jones observes in her New York Times Magazine piece, in the juncture of a pandemic and anti-Black violence, perhaps "deep and collective suffering was necessary for white Americans to feel enough of the pain that Black Americans have always known to tilt the scale" for transformative racial change. 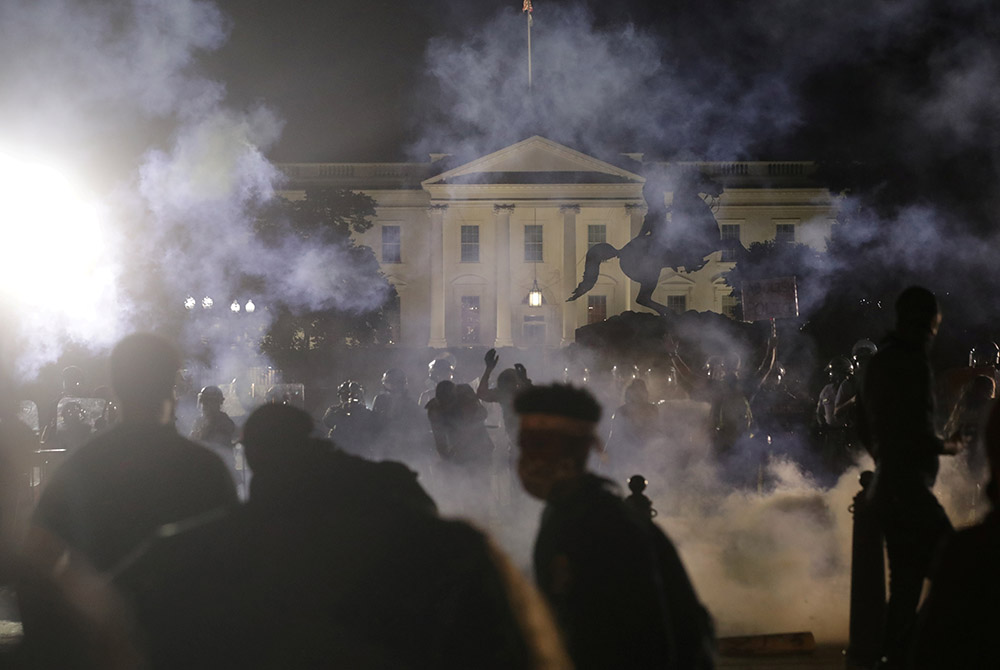 Police protesters near the White House in Washington are seen May 31. (CNS/Reuters/Jonathan Ernst)

While I am encouraged that anti-racism is taking deeper hold, we white Americans may miss a deeper reality of U.S. history: the capacity of anti-Black white supremacy to morph and perpetuate itself.

Consider Kimberly Jones' viral YouTube speech "How can we win?" Utilizing the apt American metaphor of a "Monopoly" game, she urges Americans to ask: "Why looting?" Her brief speech offers an incisive thumbnail sketch of racial capitalism over 400 years.

Jones' instruction is clear: African peoples were brought to America as slaves to serve the development of capitalism both through southern agriculture and northern textile industries. African Americans have always been told to assimilate to America's "Monopoly" game and to "pull ourselves up by our bootstraps."

When African Americans literally pull themselves up by their bootstraps, however, the results are the same: white Americans burn African American wealth to the ground. She cites the example of "Black Wall Street" in Tulsa, Oklahoma, when a white mob — "aided and abetted by the National Guard," according to The New York Times — destroyed the Greenwood district on May 31-June 1, 1921. Her second example occurred just two years later, in January 1923, when a white mob destroyed the previously prosperous African American community of Rosewood, Florida.

Jones asks: Why are people so economically insecure in 2020, including food and clothing insecure, that they resort to looting things "that we flaunt and flash in front of them all the time"?

The way the game began in slavery is further exacerbated by the fact that the people who should fix the game are "killing us!" 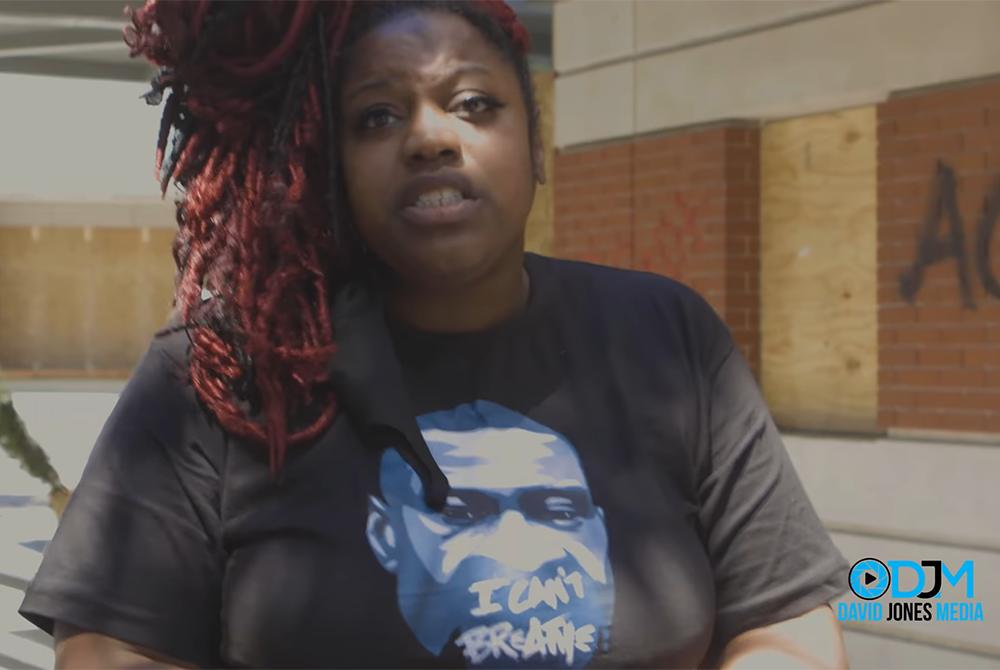 In American "Monopoly," it is assumed that everybody follows a social contract whereby we agree to certain principles, fairly applied and administered, namely, those enshrined in the U.S. Constitution. Yet, as Jones rightly observes, white America repeatedly breaks the contract. When did white people ever fulfill the contract?

In her essay, Hannah-Jones underscores the point that none of the things black people are told to do to pull themselves "up by their bootstraps," whether it is marrying, getting educated, saving more, or owning a home — "can mitigate 400 years of racialized plundering." "Wealth begets wealth," Hannah-Jones continues, and "white Americans have had centuries of government assistance to accumulate wealth, while the government has for the vast history of this country worked against Black Americans doing the same."

Jones' final message speaks volumes: Folks in power "are lucky that what Black people are looking for is equality and not revenge!"

People who believe they are white ought to take her point to heart. In fact, America has always been (re)constituted by a political racial contract that serves enduring white privilege and power: one set of rules for white people and another set against Black people.

In her retrieval of the long history of the American republic failing to learn from "race riots," Jill Lepore in The New Yorker quotes Clark's conclusion before the Kerner Commission: "I must again in candor say to you members of this Commission — it is a kind of Alice in Wonderland — with the same moving picture re-shown over and over again, the same analysis, the same recommendations, and the same inaction."

The critical point is that white Americans have yet to learn fully the lessons of African American protests: whenever and however there may have been incremental progress, the U.S. political system always maintains white supremacy and a subordinate status for African Americans. Whites moralizing on looting reveals a certain amnesia about how the game has always been rigged for whites over and against diverse people of color.

When white Americans carrying assault weapons into the Michigan state Capitol protest that they possess a right to disobey government health care directives over the lives of essential workers, including those who care for the elderly and/or disabled, bus drivers, and nurses, all of whom bear disproportionate burdens of COVID-19, then we know that white Americans are well aware of their privilege and power.

We white folks don't, necessarily, own up to our participation in white supremacy, even if we might post a Black Lives Matter sign in our yard. Why is it that equality under law and the Constitution (the Fifth and 14th Amendments) for African Americans, Latin@s, and Indigenous peoples is never today and always in the future?

We who believe we are white need to make far more difficult collective sacrifices to create the conditions of the possibility of living racial equality as a way of life.

These include decolonial epistemic disobedience, persistent Gandhian civil disobedience, and enacting reparations through radical dispossession and redistribution of land and wealth. That is what we owe if we are going to undertake deep healing of the colonial wound.

A decolonial way of being begins with epistemic disobedience, that is, incessant questioning and critique of the colonial assumptions of modernity, including disobeying the rules of the game so eloquently described by activist Kimberly Jones.

A basic decolonial question is: why save racial capitalism and not human beings? Churches and communities that bodily disobey the rules of the game and make sacrifices that fund reparations create the conditions of the possibility of artfully living the politically (im)possible possibility of the Gospel.