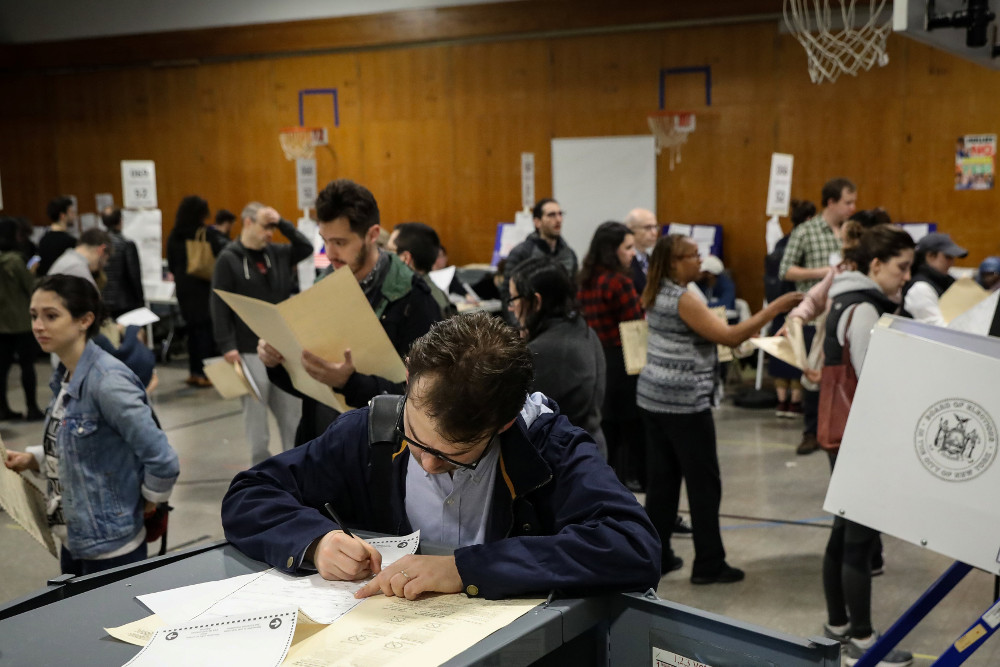 A voter fills out his ballot in the midterm elections Nov. 6 at a polling station in the Brooklyn borough of New York City. (CNS/Reuters/Brendan McDermid)

If I was the kind of person who bit my fingernails, I would not have had any fingernails left after an anxious few days wondering how yesterday's midterm elections were going to turn out. Would the American people vote to ratify the presidency of Donald Trump or vote to place a check on his power? Would they register their disgust with his bigotry and his bullying, or would they succumb to the fears he tried to kindle, the hatred he tried to stoke?

The American people, thank God, handed control of the House of Representatives to the Democrats yesterday. They awarded the Democrats the power to subpoena the president and his corrupt collaborators. They gave the loyal opposition the power to effectively oppose a raft of stupid and immoral policies from repealing the Affordable Care Act to enacting more tax cuts for the uber-rich to building a putatively impregnable wall along our southern border. The voters did not hand Democrats complete control of Congress: The Democrats were defending 10 Senate seats in states that Trump won while the GOP had only one seat to defend in a state that voted for Hillary Clinton. But, the stakes in this election were clear and the verdict is equally clear: The Democrats won and Donald Trump lost.

It is important to emphasize this last point because our incumbent president is allergic to accepting responsibility, still less blame, for things that do not go his way, and he is also a compulsive liar. We can anticipate him claiming a split decision. Bosh. In 1994, Bill Clinton got clobbered in the midterms and launched an entirely new political approach. In 2010, Barack Obama saw historic losses, and he trimmed his sails. Will Trump do the same? Is he constitutionally capable of adopting a different approach to electoral politics or, as I think more likely, does he have only one song in his repertoire, the peddling of fear and division?

The Democrats also cannot be too self-satisfied by the result. They won control of the House by winning a series of districts that were essentially suburban in character. They did not crack the GOP hold on rural America. In the Midwest, they failed to secure the governorship of Ohio, meaning they will have little say in the redistricting that will occur in that state in 2020. Sen. Joe Donnelly's loss in Indiana was a brutal defeat.

Similarly, in the South and Southwest, the Democrats were unable to build the kind of wave that would really alter the balance of power, beyond the passing of the Speaker's gavel, important though that is. The Democrats' failure to win either the senate or governor's race in Florida was a great blow. The hope that Beto O'Rourke might upset Sen. Ted Cruz in Texas was always a faint hope.

In both these regions, the Democrats were hobbled by their ever more pronounced zealotry on the issue of abortion. In large swaths of the Midwest, people pride themselves on their pragmatism and their faith commitments, so the idea of celebrating abortion as if it were a rite of female passage strikes them as obscene.

In the Southwest, Latinos are a growing electoral presence and their faith also leaves them queasy about the idea of elective abortion-on-demand and available until the moment before birth. The decision in Missouri to repeal a statement that did no more than state pro-life as well as pro-choice voters were welcome in the party highlighted for many the core problem with today's Democratic Party: A group or organization that is looking for heretics instead of converts is not a healthy party. And, a party that creates litmus tests over extreme stances on social issues is not going to persuade those who might support it for its progressive fiscal and economic positions. Peter Steinfels' article in the Washington Post day before yesterday on the need for the Democrats to be a big tent party on abortion should be mandatory reading for all Democratic leaders and strategists.

Okay, you are thinking, surprise, surprise, Winters agrees with Steinfels about abortion. But consider this op-ed by Katrina vanden Heuvel, who is not someone with whom I always find myself in agreement. In noting the rise of progressive leadership within the Democratic Party, she wrote, "Progressives have popularized the beginnings of a forceful social democratic agenda: Medicare-for-all, public education from pre-K through college, a $15 minimum wage, curbing corruption, fighting big money in politics and more." See what's missing? Social issues. The key to a building a progressive populism capable of defeating Trump is to construct it on economic, not social, issues.

The issue of impeachment played out the same way. Lefty billionaire Tom Steyer started running television ads calling for Trump's impeachment almost as soon as the president took the oath of office. Once an independent counsel was appointed, the last thing Democrats would want is to politicize the process: If Robert Mueller discovers enough evidence to run the president out of office, then run him out of office, and you will need GOP votes to do so. But, if he doesn't find the evidence, on what basis would Democrats think they could mount a successful impeachment? Because all of Steyer's Silicon Valley friends talk about it at cocktail hour?

Capturing the House was critical. It happened. Historically, of course, it should have happened. The "blue wave" did not materialize however, and the Democrats did not win many of the races they thought they might when the voting began. In politics, unlike nature, waves only occur when someone can articulate the reason the wave should rise. Nancy Pelosi, an effective fundraiser to be sure, is incapable of being the face of the party if the Democrats want to have a shot at defeating Trump in 2020. Eleven incumbents and many of the newly elected members vowed they would not vote for her for Speaker. She should gracefully step aside, as should Congressmen Steny Hoyer and James Clyburn. It is time for new leaders. I nominate as the new leadership team Linda Sanchez, Tim Ryan and Hakeem Jeffries. Does anyone have a better slate?

Last night, many of us breathed a long sigh of relief. True, there will be little ability to check Trump on foreign policy or judicial nominations, but the rest of his agenda received a full-stop. If the Democrats muster the courage to elect new leaders to be the face of the party, and they adopt a big tent on social issues, they might even win some of the rural districts they continued to lose last night. In 2020, they will need to win some of the states they did well in last night, but the party must confront its internal zealots if it aspires to majority status for a long enough time to fundamentally change the economic rules of the road. Until that is done, inequality will continue to leave many fellow Americans vulnerable to a demagogue like Trump. A sigh of relief was better than a feeling of dread, to be sure, but it is not yet the makings of a good night's sleep.

This story appears in the 2018 Midterm Elections feature series. View the full series.
A version of this story appeared in the Nov 30-Dec 13, 2018 print issue under the headline: 2018 midterm elections are a blue sigh of relief. 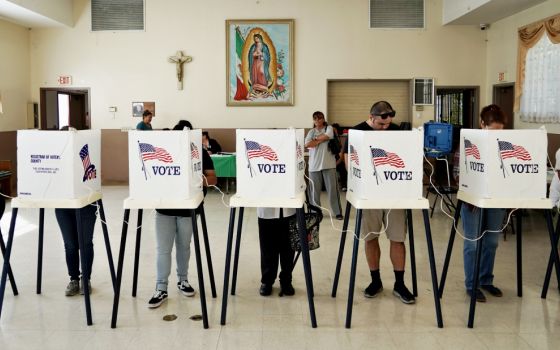 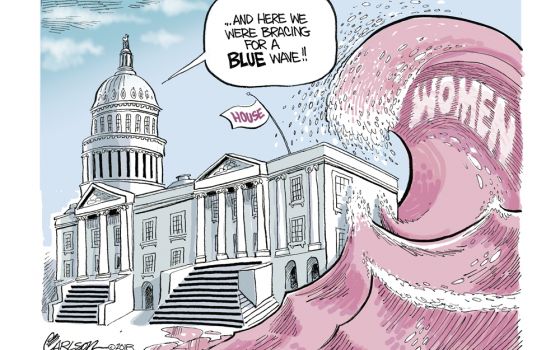 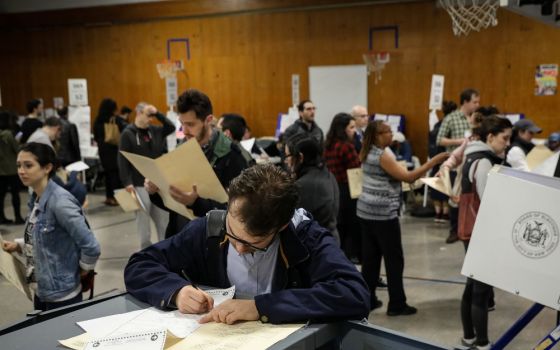 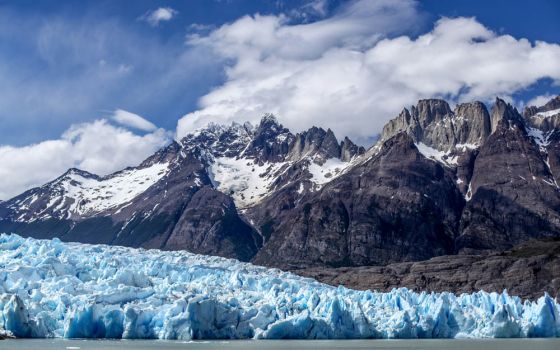