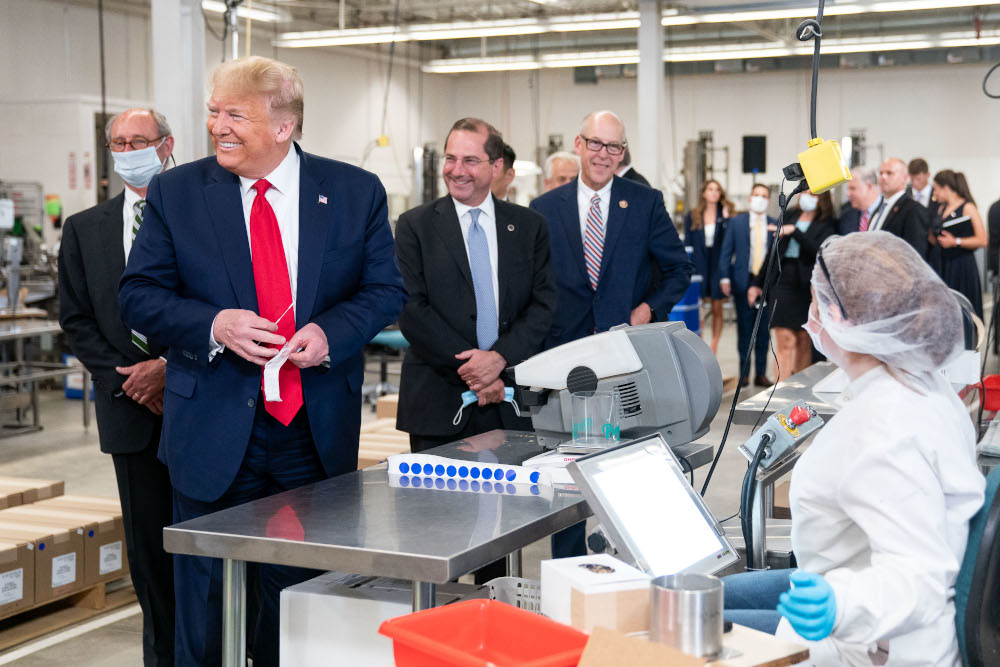 When I was a little boy, and my parents would bring our family to Luquillo Beach in Puerto Rico, my dad would explain the rules. We could only go out into the waves when we were accompanied by an adult. We had to wait an hour after eating so that we did not get a debilitating cramp. And, on some days, after he tested the water, the undertow was so strong, we could only wade in the ocean water up to our knees and, if we wanted to go swimming, we had to use the pool.

When a young person is hoping to get their license, the government requires them to take a driving course, most of which focuses on safety. School programs and signs along the roadside warn not to drink and drive and, on New Year's Eve, some cities arrange for free cab rides. Parents routinely arrange for drivers to and from a senior high school prom. Driving a car is much more dangerous than getting into an airplane, but many of us who live in the country can't survive without one.

After the terrorist attacks of Sept. 11, 2001, our nation invested billions of dollars in new safety programs and built the Transportation Safety Administration. Remember the old days when an airport had no security checkpoints? Remember when you really could get to the airport 15 minutes before departure and still catch your plane? When you did not have to purchase travel size shampoo and mouthwash? The horror of that day — and the knowledge that other attacks were planned — have caused our government to hire tens of thousands of agents who crosscheck our identification with our ticket, check our luggage and pat us down if the metal scanner catches anything.

Risk. There is no escaping it in this life. We calculate it and, for the young and the vulnerable, we take special precautions because certain harms that adults take in stride can be irrevocably damaging to them. We calculate the values of our choices, balancing the risk of a certain course of action against the gain to be achieved. Those who pioneered the space program, those who planned the D-Day invasions, those who signed the Declaration of Independence, all committed to courses of action fraught with danger on behalf of some great good, and only in hindsight do those decisions find their vindication. Most such calculations are less heroic and they are never definitive. Individually and as a society, we update our understanding of both risks and rewards continually, and there is always some new threat around the corner that forces us to alter our previous calculations of proper values.

COVID-19 was, for our time, unprecedented. The SARS virus in late 2002 to early 2003 was more deadly than COVID-19, but apparently was harder to transmit or transmitted later in the period of infection. HIV/AIDS was always fatal for the first decade but it was only transmitted through blood transfusions, shared needles and unprotected sexual contact, so its spread was confined to particular populations and the spread of the disease, thought not completely halted even today, was slowed through public health and education. You have to go back to the Spanish influenza of 1918 to find the kind of pandemic we have happened upon almost 100 years later.

So, at least in January and perhaps even February, we can understand that President Donald Trump and other elected officials were unsure how to respond to this novel threat. Others were not sure how to respond either. On Jan. 23, Tedros Adhanom Ghebreyesus, the director-general of the World Health Organization, said it was too early to declare a public heath emergency. On Feb. 6, city officials in San Francisco encouraged citizens to come celebrate Chinese New Year and when Trump announced a ban on travel from China at the end of January, Joe Biden said, "This is no time for Donald Trump's record of hysteria and xenophobia — hysterical xenophobia — and fearmongering to lead the way instead of science." Only later did Biden claim the travel ban came too late. According to FactCheck.org, both men spin their early responses to the virus and China and, as we learned subsequently, the ban on travel had many holes.

Risk. There is no escaping it in this life. We calculate it and, for the young and the vulnerable, we take special precautions because certain harms that adults take in stride can be irrevocably damaging to them.

There is no use, politically, in trying to relitigate that early reluctance to see what was coming. Yes, Trump should have acted earlier, in late February rather than mid-March, but it doesn't matter now and, what is more, Americans won't remember what happened before they upended their entire lives to confront this pandemic. Which brings us to the indictment of Trump that does work politically.

At a press briefing on March 16, the president basically encouraged the nation to shut down to stop the spread of the pandemic. For many people it was hard: People lost their jobs; residents of nursing homes, already lonely and isolated, became even more so; students, parents and teachers had to adjust to home learning; planned travel and conferences of all kinds were canceled; airports became ghost towns and Times Square was eerily quiet and empty. The American people braced themselves to the task and did what was asked of them. But the president did not do what was asked of him.

The other day, I saw a tweet from my friend and religion journalism colleague, Matt Sitman, the associate editor of Commonweal. It read:

Masks are widely available but virus testing is still spotty, after the Trump administration dumped the issue in the states' laps in late May. Even more importantly, where was the viral equivalent of the swimming rules my dad laid down? Or the guidance for young drivers? What is the coronavirus TSA? Nada, which is, as Sitman wrote, criminal.

Before reopening the economy, the president should have repeatedly said to the nation:

We are planning to reopen the economy. It is a risk, a large risk, and we need everyone's cooperation to do it. If you are leaving your house, wear a mask. Period. Try to maintain social distancing — I know it is hard, and we forget, but try to remember and I am asking all stores to put markers on the floor to help remind you. I know you want to get back to church and back to the movies and to sports, but we simply can't risk large crowds gathering inside, in close proximity for an extended period of time.

He and the vice president should have worn masks at all group photo ops. He should have worked closely with governors who had shutdown late, states like Arizona and Florida, which are now seeing their caseloads spike, getting them increased resources and doubling down on preventive measures. The autumn will likely bring a new surge in cases and the nation is ill-prepared.

Instead, the president, with the attention span of a gnat, went golfing. He touts promising economic data when he should be empathizing with those still struggling. Now he broods so much that his aides wonder if he is self-sabotaging his reelection prospects. I worry that Trump may yet rekindle his popularity and all of us need to be skeptical about polls after 2016. But the message for the Democrats is clear: The American people did their part this spring and the president did not do his.