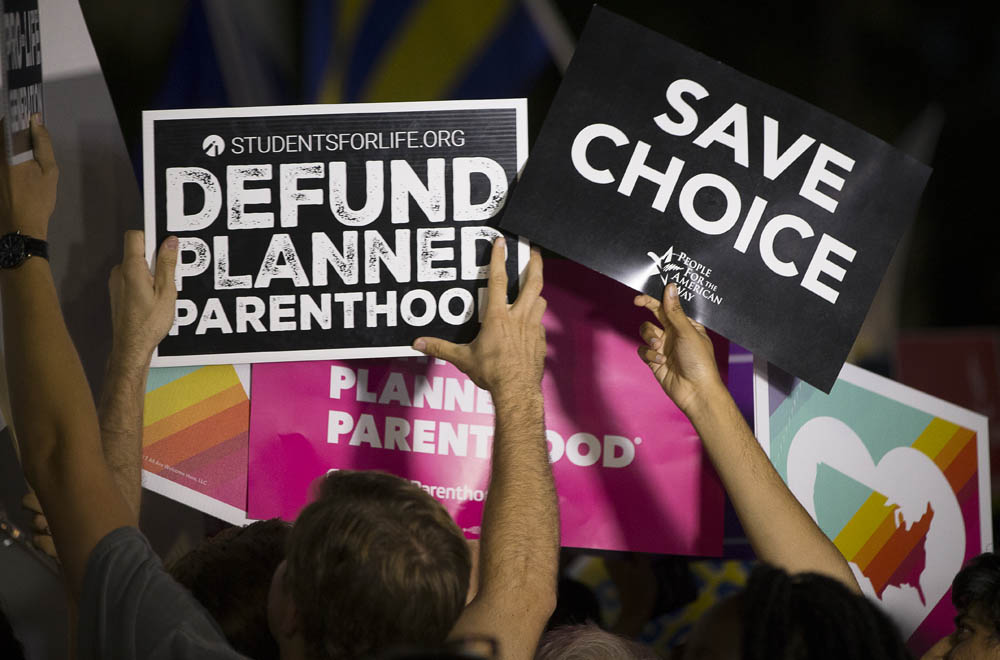 With the nomination of Judge Brett Kavanaugh to the U.S. Supreme Court, the nation is about to be consumed, again, by a debate about abortion. As I discussed on Monday, the pro-life movement seems to me to be in a bind. Ever since the Supreme Court decision in Roe v. Wade was rendered in 1973, the debate has become ever more dominated by the most extreme activists on both sides of the issue. Zero-sum debates, when the terms of debate are cast in categorical terms, and when the country is more or less evenly divided on the issue, can become a cancer on our political life.

So, it seems today. How to proceed? Where to find an opening for rational and ethical discussion?

First, the pro-life movement is at a crossroads. Many of us who believe Roe was wrongly decided and who want some legal protection for the unborn have watched in distress as the pro-life movement became an arm of the Republican Party. A key tipping point came in 2010 when the Indiana Right-to-Life Committee decided it would not endorse any Democrat, even pro-life Democrats, because of the passage of the Affordable Care Act, which they labeled a pro-abortion law.

Now, the Republican Party has been taken over by President Donald Trump and pro-life conservatives have, like most other conservatives, declined to stand up to the president. As long as he gives them what they want, and they wanted Neil Gorsuch on the Supreme Court and a reversal of the Mexico City Policy, they have been willing to overlook the president's obvious flaws. The Susan B. Anthony List even hosted the president as their keynote speaker this year.

How can a man who is so demeaning to women, who stands accused of sexually harassing over a dozen women, who mocks the #MeToo movement, who separates immigrant mothers from their children and whose inaction in the fight against climate change could prove to cause more death and destruction to the poor of the world than any positive government action in history, how can this man be a champion of life? It was always shortsighted to tie the movement to one political party, but to align with this man is morally repulsive and politically foolhardy. When he is booted from office, either by a free vote of the people or by a vote of the Senate in an impeachment proceeding, the official pro-life movement will be overwhelmed by the tsunami that awaits everything Trump has touched.

I don't suspect The SBA List or the National Right-to-Life Committee is likely to take my advice. But, everyone in the pro-life movement who shares my concerns about the danger of aligning the movement with Trump needs to come together and, as loudly and conspicuously as possible, distance ourselves from Trump and from those pro-life groups that have decided to become his collaborators.

The tale on the Democratic side of the aisle is just as woeful. The power and influence of Emily's List, Planned Parenthood and NARAL (National Abortion Rights Action League) Pro-Choice America on Democratic Party politics is stunning and it is funny how leftists who complain about the influence of special interest money never seem to complain about the cash flow from these special interest groups. A new generation of pro-choice leaders frowns even on the "safe, legal and rare" stance articulated by President Bill Clinton in the 1990s: They feel that "rare" stigmatizes a choice that they are increasingly proud of. Watch NARAL President Ilyse Hogue's address to the Democratic National Convention in 2016. Getting an abortion was an applause line. It was appalling, a nonstop libertarian screed.

Hogue's speech reminded me of the warning about moral coarsening Daniel Callahan predicted in Commonweal in the weeks after Roe was decided:

"I am willing –no, well prepared – to give her that right [to an abortion] under law. I only ask that the society that grants this right be prepared to look with unblinking eyes at just what it is doing, not deceiving itself for one moment about even one aspect of what a granting of that right does…. [I predict] in the best 1984 tradition, a reconstruction of history. This is done by creating a highly charged mythology of male repression, or religious persecution, or puritanical fanaticism (i.e. whichever one serves best at the moment to induce popular frenzy…and, not incidentally, values are reconstructed by making the value of a potential human being dependent upon being wanted by its mother."

In Hogue's speech, her moral compass never reached beyond consideration of what she wanted, what she thought was good for her.

Among other things, Hogue said, "It's not abortion that bothers them, it's empowering women to live our own lives." Sorry, Ms. Hogue, but I am all for empowering women, and it has never been clear to me how abortion "empowers" women. It is obscene that a working poor woman with no health insurance, and who finds herself pregnant, has the choice of paying thousands of dollars to carry the child to term, or $400 for an abortion. Her circumstance is the opening I propose for pro-life Democrats. Why can't we encourage our pro-choice Democratic friends to become pro-choices, in the plural? Why can't the Democratic Party stand for empowering women to be able to not have an abortion? Why can't Democrats work for laws that guarantee a woman's right to advance in her career, regardless of whether she takes a pregnancy leave?

Don't kid yourself. We all know that in some high-powered work places, the fact that a woman colleague can get an abortion becomes the expectation by those with whom she is competing for advancement that she will get an abortion. "What is more important, this case or your personal life?" you can hear it said. This passes for women's liberation. I don't see it.

The bishops of the Catholic Church are, in large part, in the same bind as the Republican Party. Does anyone doubt that the downplaying of their recent visit to the border — little advance notice to the media, only inviting a handful of bishops, going to Catholic Charities and not to a detention center as proposed, and starting the press conference with the observation that "there are no villains here" — does anyone doubt that this downplaying was the result of a desire not to anger the president?

But, the bishops are in a yet deeper bind. They have badly misplayed their hand for 45 years, focusing on abortion as a moral issue, not a social justice issue, and focusing on abortion and a few other conservative causes so intently that their public witness is circumscribed and suspect. Look at this bizarre press release from last week about the forthcoming Supreme Court nomination. The only issue raised? Abortion. In the debate about Kavanaugh, who is going to focus on his anti-labor record? The U.S. bishops' conference looks like the Republican Party at prayer. Their language about President Trump does not even come close to the moral language they used against President Barack Obama. And, now, on the issue they care about, is their position that the abortion issue be kicked back to the states? Is that really a moral stance?

To be sure, the Catholic Church and her bishops can never cease defending the right to life. We would cease to be Catholic if we did. But, manifestly, they have not succeeded even in convincing their own people and it will require the bishops to actually practice the humility they promote to begin to learn how to witness in the public square to this and other important issues facing our nation.

So, as dark as things are, there are some small steps that a conscientious Catholic can take, no matter where they fall on the political spectrum. The abortion issue will become more divisive before anything improves. The Kavanaugh confirmation fight will be ugly. But, when asked what she does at her Catholic Charities center in McAllen, Texas, Sr. Norma Pimentel says "I am restoring human dignity." That we can do. That we must do. The day we stop doing it is the day we surrender our baptismal vows.