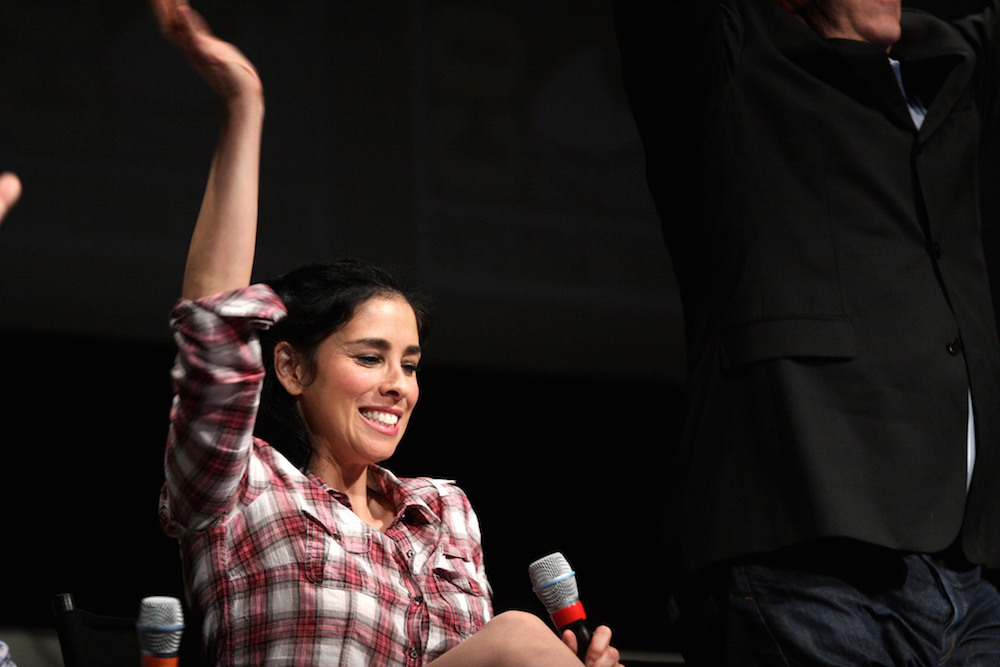 I have never been much of a fan of the Puritans who first settled New England, nor of the habits of mind and piety that their name describes.

They really did criminalize the celebration of Christmas, among other atrocities. I do not even like singing the second stanza of "America the Beautiful" because I have no interest in praising their "pilgrim feet, whose stern, impassioned stress, a thoroughfare for freedom beat." If you were Catholic in 17th- or 18th-century New England, that thoroughfare was not wide enough for you. And, of course, there was Salem.

Those habits of mind and piety were not unique to that time and place, and it is both weird and repulsive that in today's American culture, the censorious, puritanical streak is found as often on the cultural left as on the right.

Yesterday, I linked to a story about people bashing Kyler Murray because of anti-gay tweets he sent when he was 14 years old. Some inquisitors in the PC police encouraged radio stations to ban the song "Baby, It's Cold Outside" And Kevin Hart backed out as host of the Oscars because of old tweets and an old routine in which he joked about what he would do if his son turned out gay. This article in the Los Angeles Times chronicled other recent examples of celebrities provoking outrage and being fired or otherwise stigmatized because they said something off-color. See also: Roseanne and Kathy Griffin.

I have a pretty wide tolerance for offensive humor – I loved Sarah Silverman's routine about 9/11, for example – provided it is actually funny. While there is always a certain subjectivity in determining what counts as funny, people who are quick to express outrage should remember the sage observation: Whom the gods would make bigots, they first deprive of humor.

It is especially wise to laugh most easily at jokes directed at oneself and one's own kind. Sadly, this is precisely what too many on the contemporary left have forgotten.

Consider Benjamin Lee's criticism of Hart in The Guardian. Watch the clip the article includes from one of Hart's routines. Around 0:20, having established that he is afraid if his son might be gay, Hart then says he is not sure he handled his son's first gay moment well. The audience got the joke. You can tell: They laugh. But to the cultural critic, this is no laughing matter. He chides Hart for not knowing about those kids who were recently killed by their parents because they were gay. I confess, I did not know about those cases either. Does that make me a bigot too?

Lee's concluding line could be Exhibit A in some future museum about the McCarthyism of the left: "If the Academy wants to progress and remain relevant, handpicking a man with a history of homophobia is a flashing red siren of an issue, a middle finger up to the LGBT community and a sign that the Oscars might no longer be quite as white but they remain aggressively straight." This man traffics in the categorization of people based exclusively on characteristics they inherit. I do not care if the host of the Oscars is male or female, black or white, straight or gay. I just hope the host is funny. In today's crimped world of identity cultural politics, merit counts not a whit.

This article at People magazine looked at the exchange between rapper Nick Cannon, who defended Hart, and Sarah Silverman. Cannon pointed out that Silverman had herself trafficked in gay humor, as had others, such as as Amy Schumer and Chelsea Handler. The article cites tweets from an LGBT activist who rushed to the defense of the female comedians, citing their previous activism on behalf of gay rights. I am glad the trio of female comedians got involved on behalf of a cause they believe in, but the relevant issue here should be: Are they funny? Silverman apologizes for her earlier jokes because they were insensitive, but some of us like Silverman precisely because she says things that are both wildly inappropriate and wildly funny.

There is a side of me that wishes Hart had gone to a meeting with some LGBT victims of abuse, to recognize the real harm that is often done to LGBT kids, even and especially by their own families. And I sympathize with his friend Cannon's concern that, "You know how we feel about people trying to control us anyway." But the truth of the matter is that the Oscar organizers should not have hired Hart because he is black, and he should not have been forced out because the culture's puritans did not like a routine he did years ago. The only reason to hire him was because he is funny. The only reason to disinvite him is because he became unfunny.

"You need a hall monitor at school, but you never want that person to be the kid who really wants to be the hall monitor," Boston College Professor Cathleen Kaveny said to me. We were talking about certain lay people who want to monitor the church, but the observation applies to the would-be monitors of the left as well.

I like Kevin Hart's comedy. I adore Silverman's. I am not much of a fan of Schumer or Griffin. But no matter which comedian suits your tastes, comedy will itself wither on the vine if it can't push the envelope, risk crossing the lines of appropriateness the culture erects for the rest of us, even mocking those lines as necessary. The real cultural risk is our letting the puritans of the left scare off anyone from even attempting sexual and racial humor. That would be a flattening of the culture and, in the end, conformity. It is what the 17th-century Puritans in New England wanted, and it is what the liberal puritans of today want also.

Forty years ago, gay culture fought conformity and celebrated excess and boundary pushing and the strange. Oscar Wilde and Gertrude Stein and Lord Byron were seen as icons and heroes. Now, some liberal activists have become the hall monitors nobody likes. This is progress? It is decline and it courts the kind of backlash that resulted in the election of Donald Trump.