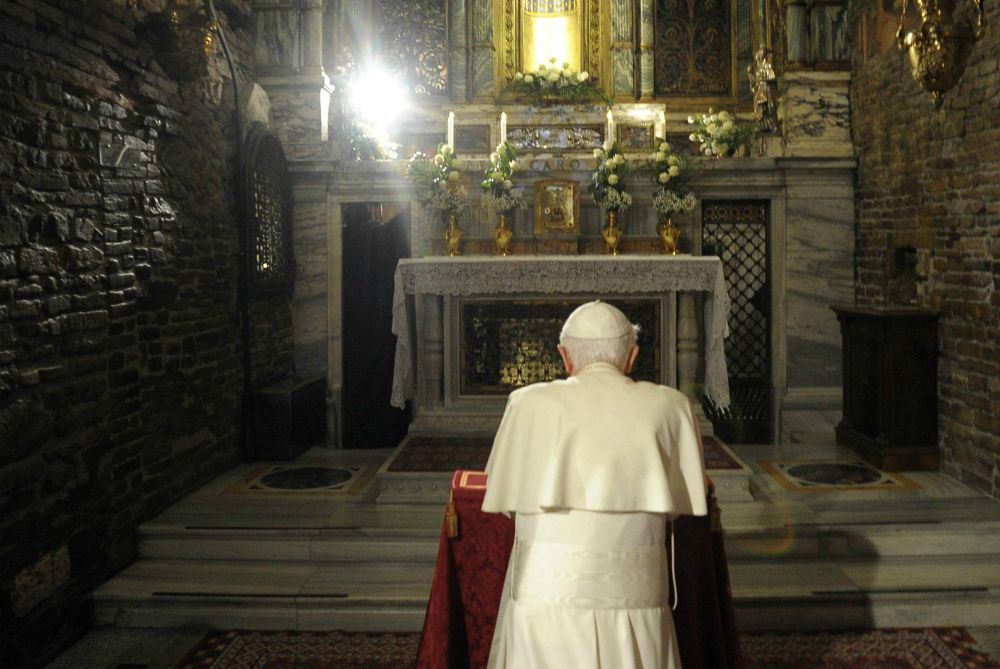 When a friend first sent me Pope Emeritus Benedict's article about the root causes of clergy sex abuse, I thought the text was a hoax. Here, it seemed, was a caricature of both Joseph Ratzinger's once powerful intellect and of conservative explanations for the sex abuse crisis. Apparently the text is authentic, so we must search for other reasons why it gets so much wrong — and so much that the retired pope would know is wrong. Let us examine the difficulties with this text.

First and foremost, Benedict knows as few others do, that the crisis is a double affliction: There is the fact of the abuse and the fact of that abuse being covered up. Nowhere in this text does he explore the second affliction. Yet he knows that when, as Cardinal Prefect of the Congregation for the Doctrine of the Faith, he completed his investigation into the evil deeds of Fr. Marcial Maciel, no action was taken against this most horrible of perpetrators. He would have known about the allegations leveled against then-Archbishop Theodore McCarrick before his promotion to the Archdiocese of Washington and to the cardinalate, and that those allegations were unanswered or ignored. He knew the circumstances that forced Cardinal Bernard Law to resign his see and spend the rest of his life occupying a sinecure in Rome. Why no mention of any of this?

Second, the former pope is undoubtedly correct that something happened in the 1960s, that there really was a sexual revolution. Pop culture announced the fact incessantly. As Benedict stipulates, of course that sexual revolution had an effect on preparing men for the priesthood and life in seminaries.

If you look at this chart of when perpetrators were ordained, you will see that the decade that produced the largest number of sexual abusers was indeed the 1960s, but that has no correlation to Benedict's claim that seminary reform created the problem The seminary reforms did not really start until the close of the Second Vatican Council and, in some places, not until the 1970s. What is more, the decade that produced the second highest number of perpetrators was the 1950s, not the 1970s. The former pope would have been more accurate if he had said that pre-Vatican II seminary formation did not prepare men for serving in a post-Vatican II culture. That, I think, we can all agree is the case. And a certain percentage of those men were psycho-sexually immature. It is the post-Vatican II seminary with its emphasis on human formation that began to weed out the immature and to graduate mostly healthy and well-adjusted men.

Third, one of the reasons I have long admired Ratzinger's theology is that he is so systematic, so thorough and careful, with arguments that go only as far as they can and no further. Yet here we get a series of anecdotes about sex education and naughty movies. He states, "The mental collapse was also linked to a propensity for violence. That is why sex films were no longer allowed on airplanes because violence would break out among the small community of passengers." I have a hard time believing the "no longer" in that second sentence — was there really ever a time when airlines showed dirty movies?

Fourth, Benedict is always described as a gentle soul, yet he seems to take pleasure in the fact that a German moral theologian, Franz Böckle, who challenged the ideas we all knew would be dominant in the 1993 encyclical Veritatis Splendor, died before the encyclical was published. Is the pope emeritus settling scores? That is not what one would expect of a holy man in advanced years, preparing to meet his maker.

Fifth, Benedict's examination of the role of church law in confronting sex abuse is off track: The first universal Code of Canon Law was published in 1917. It was revised by Pope John Paul II, who issued a new code in 1983. In short, whatever flaws are found in either code, and he admits that the criminal provisions were "deliberately loosely constructed," cannot be attributed to bad post-Vatican II theology. Yet, Benedict insists:

In addition, however, there was a fundamental problem in the perception of criminal law. Only so-called guarantorism, [a kind of procedural protectionism], was still regarded as "conciliar." This means that above all the rights of the accused had to be guaranteed, to an extent that factually excluded any conviction at all. As a counterweight against the often-inadequate defense options available to accused theologians, their right to defense by way of guarantorism was extended to such an extent that convictions were hardly possible.

Who held this perception about guarantorism? Why were convictions "hardly possible?" Was it the Prefect of the Congregation for the Clergy? If so, why did not John Paul II remove him? And, more important, was it not John Paul II, with his ideas about the indelible mark of presbyteral ordination, who did not want priest-perpetrators to be defrocked lest people question the ontological character of the Sacrament of Holy Orders? Benedict knows that was the case. Again, I cannot bring myself to believe that a holy man preparing for his death would utter such a falsehood.

Throughout the text there are glimmers of the old Ratzinger, hints of genius and beauty. "If we really wanted to summarize very briefly the content of the Faith as laid down in the Bible, we might do so by saying that the Lord has initiated a narrative of love with us and wants to subsume all creation in it," the pope emeritus writes. "Faith is a journey and a way of life," he writes, phrasing that seems very much in line with Vatican II.

But, on the whole, this is a regrettable text that will only harm the reputation of the former pontiff.

Towards the end of his life, I had a long interview with Cardinal Francis George. The diagnosis that his cancer was terminal was known to us both. It became quickly obvious to me that he was deeply depressed, as well he might be. His usually careful reasonings — we had spoken a number of times before, and he enjoyed talking to me about my columns — were replaced by extremely gloomy assertions and predictions. After a few minutes, I put down my pen. I was never going to use the words that were coming from his mouth because they were things he would not have said were he not in that condition. Reading this document from Pope Emeritus Benedict reminded me of that moment and raised this question: Was there no one who loves him enough to save him from the embarrassment that this will cause?