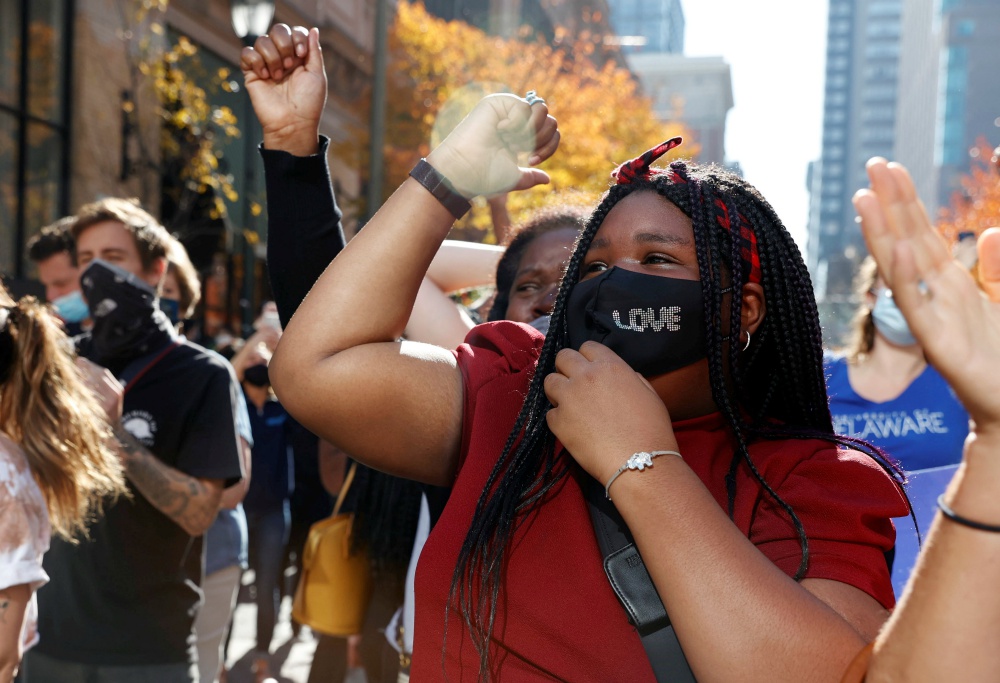 Every election points the nation in a particular direction: By electing a president and members of Congress, the American people select those politicians who have campaigned on a promise to prioritize certain issues and achieve certain policy outcomes.

Each election, also, points the two parties in new directions. The winning party must try to convert its promises into reality, prioritizing some issues, deciding how much political capital to expend on a given problem, as well as trying to consolidate its support and extend it. The losing party needs to conduct a postmortem that faces a foundational question: Is the party in need of a major course correction or did ephemeral concerns — a bad candidate, a lousy news cycle, a pandemic — cause them to lose even though their fundamental orientation remains sound?

With the Democrats having captured the White House, but failing to take back the U.S. Senate and losing seats in the U.S. House of Representatives, President-elect Joe Biden will face the extraordinary challenges posed by this pandemic with a government that is divided.

Dealing with Senate Majority Leader Mitch McConnell may prove to be Biden's greatest hurdle. One cannot assume good faith on the part of the majority leader, as he demonstrated by his hypocritical decision to rush through the nomination of Amy Coney Barrett to the Supreme Court.

As I discussed Friday, it is vital that the new president demonstrate that he meant it when he promised to be a president for all Americans, one who seeks to unite the American people, and I suggested some means for him to accomplish that important task.

That said, our democratic government reflects a country that is deeply divided, and while it will be tempting for Biden to aim for some fictional, moderate center, it is a temptation he must resist. Biden, a lifelong moderate on both social and economic issues, must be willing to challenge the Senate to rise to the occasion and not settle for inadequate policies that fail to address the clamant needs of the American people.

It is grim to consider how bad the economy will be after a winter of COVID. He should not be afraid to dare McConnell and the Senate Republicans to say no to economic stimulus proposals on a scale the American people require.

Throughout the campaign, Biden tended to hew to the center. He stood against Medicare for All and the Green New Deal during the primaries. After some verbal confusion in the final debate, he reiterated the fact that he had no plan to ban fracking, an industry that has brought jobs to economically desperate rural regions of Pennsylvania.

Biden should go an extra mile. He should work with unions to make sure that any union workers who lose their jobs in the fossil fuel industry get priority training and employment opportunities in the sustainable energy sector. There may not be a way to legislate this, but moral suasion could go a long way.

What is key is that Biden never throw up his hands about job losses and blame them on globalization or climate change or any other impersonal forces, as too many politicians of both parties have done these past 40 years. Democrats need to reclaim their status as the party that defends workers.

Investing in sustainable energy is not the only policy that might help unite a broad swath of Americans. It is a mystery to me why Donald Trump never managed to get an infrastructure bill through Congress, even when his party controlled both chambers. Biden should not make the same mistake, and a Democratic infrastructure bill can further the goal of transitioning to a sustainable energy grid.

Not every policy America needs will make it through a Republican Senate. The most innovative idea to emerge from the Democratic primaries — a wealth tax — is widely popular. A February poll showed that two-thirds of all Americans support such a tax, including 47% of all Republicans. Biden never backed the idea, but doing so now would go a long way to satisfying the liberal base of the party.

Further, because structural racism has impeded Black Americans from accumulating wealth, restructuring the way it is held, combined with raising wages, will go a long way to empowering Black Americans as Ellora Derenoncourt and Claire Montialoux recently argued in The New York Times. A wealth tax won't pass the Senate, but let the American people recognize the fact that the GOP wouldn't think of taxing trust funds even while the rest of us pay our taxes.

Biden has promised some measure of relief from student debt, which is crushing many young people, delaying their ability to buy a home or start a family. I support such relief to be sure. But what political impact will this have on a working-class family, learning that their tax dollars are going to pay someone else's college loan debt? Clinging to the idea that economic policies must be universal in scope, every dollar of loan forgiveness should be matched by government assistance for apprenticeships or other job training programs for those who do not go to a four-year college. Everybody wins.

The president-elect inherits the worst economy since Franklin Roosevelt took over from Herbert Hoover during the Great Depression. FDR forged a political coalition that lasted a generation because he focused first on fixing the economy. Biden needs to sit down with all special interest groups and explain that until the economy is back on track, he will not be spending any political capital on enacting progressive policies apart from those that will help rebuild the economy to yield a more just distribution of opportunities and wealth. Getting the economy back on track, and doing so in a way that helps the environment and addresses structural inequalities, helps all Americans.

This will require a recalibration of typical legislative strategy. Typically, both parties add amendments to must-pass legislation that will satisfy particular interests. Democrats in the House, working with the Biden administration, need to pass clean bills that focus only on the economic challenges facing the country. Republicans love it when Democrats give them an out, saying that they wanted to vote for a particular bill but they couldn't because it contained unrelated provisions about abortion or gay rights or other social issues. Democrats need to force them to vote against economic assistance for suffering Americans period, no excuses.

Way back in early February, I called attention to research by politics professor Lee Drutman. He plotted the views of voters in 2016 based on whether they were liberal or conservative on economic issues and the same on social issues. People who are liberal on both sets of issues are the base of the Democratic Party, and people who are conservative on both are the base of the GOP.

Only 3.8% of voters are socially liberal but fiscally conservative, the position held by people like Michael Bloomberg and to which a large swath of elite Democrats are susceptible. But a stunning 28.9% of voters are progressive on economic issues and conservative on social issues. Drutman called them "populist," but I call them "Pope Francis voters" and count myself among them. They, better to say we, are the key to building a left-of-center governing coalition.

Drutman posted a comment at the FiveThirtyEight election last Wednesday that noted the citizens of Florida voted both to raise the minimum wage to $15 an hour — and to reelect Trump. "Lots of voters are socially conservative and economically liberal," he wrote and pointed readers back to the chart I noted above about the four quadrants of voters.

Anyone who tells you that the secret to Democrats creating a governing majority is built around social issues, that person is wrong. Not complexly wrong, simply wrong. That may change if the U.S. Supreme Court begins overturning cases like Roe v. Wade. Even in that case, however, the president's ability to increase his vote share in heavily Catholic, traditionally Democratic south Texas makes Drutman's case not just descriptive of the situation today, but prescriptive for Democrats in the future.

Biden, who made two of the central pillars of Catholic social doctrine — human dignity and the common good — pillars in his campaign, needs to continually reach out to the "Pope Francis voters," and he can do so by enacting far-reaching progressive economic policies. Indeed, the situation he inherits demands nothing less. The economy is going to be in shambles by Jan. 20, as we enter into a long, dark winter of high COVID-19 rates and plummeting economic activity.

He should govern as he campaigned. Nothing will do more to restore confidence in the democratic norms violated these past four years than the emergence of a governing majority committed to human dignity and advancing the common good. It worked for FDR. It can work again for Joe Biden and Kamala Harris.

This story appears in the Election 2020 feature series. View the full series.
A version of this story appeared in the Nov 27-Dec 10, 2020 print issue under the headline: Biden needs to push for progressive economic policies.